Is It Time to Regulate Application Stores in India?

Recently, the Paytm application. was taken down from the Android Play Store by Google on the ground that it featured games that were against Google's gambling policy. Google claimed that the cash back feature of the Paytm Game called 'India Cricket League' facilitated unregulated gambling. However, Paytm was restored on the Play Store after it agreed to remove its cashback feature. With this background, this article examines how application stores such as Google's Play Store are regulated in India.

Regulation of Application Stores in India

Currently, there are no specific legislations in order to govern application stores in India. It is pertinent to understand that application stores provide customers with virtual services such as communication, food delivery, banking, medical, etc., thereby falling under the purview of Consumer Protection Act, 2019 (CPA) and Consumer (E-commerce) Rules, 2020 (E-commerce rules).

Hence, a conjoint reading of both these provisions implies that application stores can be considered as electronic service providers who facilitate the aggregation of users at a common platform, i.e., the application stores.

The E-commerce Rules define an e-commerce entity as "any person who owns, operates or manages digital or electronic facility or platform for electronic commerce".

Hence, the E-commerce Rules and the CPA can be collectively used to regulate the application stores until a specific legislation or explicit provisions are brought about in order to govern them.

Here Section 4 of the Competition Act, 2002 will also come into picture:

We know very well that Google is a dominant market player in the field of technology. Thus, Google's decision to arbitrarily remove Paytm from its Play Store has raised suspicions of anti-competitive practices by Google. This can be considered to be in the violation of Section 4 of the Competition Act, 2002 which clearly prohibits a dominant player from abusing its market position.

The absence of legislative framework with respect to application stores in India has allowed Google to take undue advantage and abuse its dominant position by taking down apps such as Paytm arbitrarily.

Thus, there is an urgent need for the establishment of a legislative framework to effectively regulate application stores in India.

A team of scientists have identified iodic acid (HIO3) as a novel driver of new aerosol particle formation in the Arctic which is responsible for Arctic Amplification or Arctic Warming.

These aerosol particles influence the formation of clouds. As these clouds reflect solar radiation (known as Aerosol Radiative Forcing) but also retain heat on the Earth's surface, they have an influence on the warming of the Arctic.

Comparison of Arctic and Antarctica.

Over the past 30 years, the Arctic has warmed at roughly twice the rate as the entire globe, a phenomenon known as Arctic amplification. This means that global warming and climate change are impacting the Arctic more than the rest of the world.

Is similar this happening in Antarctica? NO.

While temperatures are surging in the Arctic, by century’s end, they could soar as much as 23.4 F (13 C) during parts of the year, Antarctic warming has been similar to the global average, although some parts are warming much faster. There is no Antarctic amplification. Antarctica is surrounded by the vast Southern Ocean, which is soaking up much of the atmosphere’s excess heat.

Now we will continue with news.

How aerosols are formed in the Arctic?

Under the right conditions, gas molecules condense together into small clusters that can grow, eventually forming aerosols. If these aerosols grow even just a small amount larger, they can function as cloud condensation nuclei, which are essential for cloud formation. 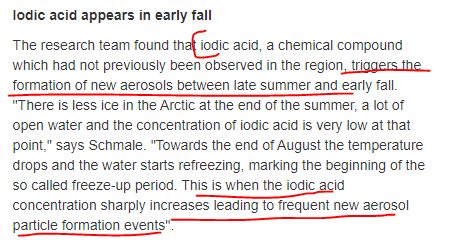 Want to learn Arctic Council too?

The Arctic Council is the leading intergovernmental forum promoting cooperation, coordination and interaction among the Arctic States, Arctic indigenous communities and other Arctic inhabitants on common Arctic issues, in particular on issues of sustainable development and environmental protection in the Arctic.

It was formally established in 1996.

Is India a member of Council? India is not a member. It is an Observer to it. 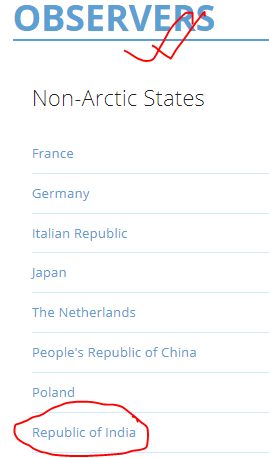 So, we will learn about this Bank.

How it was formed? 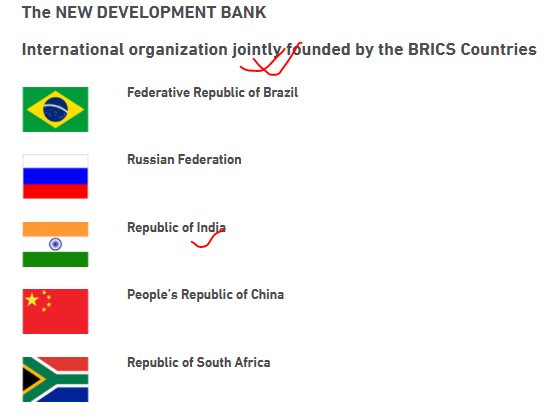 Does each member have equal voting rights and shareholding? Yes. It is different from World Bank, which assigns votes based on capital share. 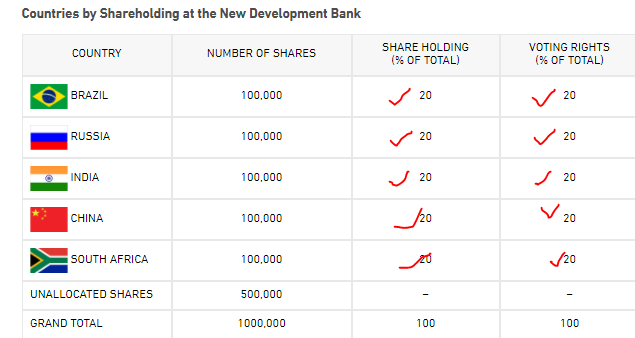 The headquarters of the Bank shall be located in Shanghai.

The New Development Bank (NDB) is a multilateral development bank (MDB) established by Brazil, Russia, India, China and South Africa (BRICS) with the objective of financing infrastructure and sustainable development projects in BRICS and other emerging economies and developing countries.

In 2018, the NDB received observer status in the United Nations General Assembly, establishing a firm basis for active and fruitful cooperation with the UN.

This article discusses various concerns and challenges with respect to rights and benefits available to Gig Workers in the Labour codes which have been introduced to bring about Labour Reforms in India.

What is Gig Economy?

It refers to the form of economy in which the organizations employ contractual, non-permanent employees instead of permanent employees. The Gig-economy workers range across the spectrum of professions, from the highly paid to below-minimum-wage. This trend is very strong in advanced economies like the US wherein a large number of firms hire contractual workers on a short-term basis. With the rapid adoption of technology, this trend is slowly evolving in Indian Economy.

According to the recent estimates, 13 lakh Indians have joined the Gig Economy in the last half of 2018-19, registering 30% growth compared to the first half of the financial year. Further, it is estimated that out of 21 lakh jobs that will be created in the metros in 2019-20, 14 lakh jobs will be created in Gig Economy. Food and e- commerce companies would account for the major share of job creation in the Gig Economy.

Reasons for the development of Gig Economy

The Labour Codes that seek to introduce Labour Reforms in India have legally acknowledged the presence of Gig Workers in the economy. For example, the Code on Social Security, 2020 provides for the registration of all the Gig workers. It calls upon the Central and State Governments to formulate schemes to ensure social security benefits such as Insurance for the Gig workers. It also empowers the Government to set up Social Security Funds for their benefit. The contribution to these funds may be funded from contributions of Centre, State and aggregator platforms such as Uber, Zomato etc.

Concerns raised in the article

No Guaranteed Contribution by Aggregator Platforms: The Code on Social security mandates the Industries employing workers above a certain threshold level to compulsorily contribute towards social security benefits such as Provident Fund and Insurance.

Let us look a few recent examples of oil spillage in oceans:

Why cleaning up of the oil spillage is a concern?

Petroleum is a mixture of natural gas, condensate, and crude oil (viscous liquid mixture) consisting mainly of thousands of hydrocarbon compounds. The present world crude oil production exceeds three billion tonnes a year, about half of which is transported through the sea routes. This, in turn, increases the risk of accidental oil spillage.

Oil spills have the potential to cause huge environmental damage: they end up accumulating in sub-surface sediments transferring the toxic organic materials to the marine food chain.

Cleaning up of the oil spillage from the oceans without damaging the marine ecosystem is becoming an increasingly challenging task. Industrial effluent discharge, waste burn-out and other manmade disasters polluting the marine environment are among other concerns.

What is this new technology?