UNESCO’s Man and the Biosphere (MAB) programme recently declares Panna Tiger Reserve a Biosphere Reserve. Biosphere Reserves are special regions around the world that have been recognized by  the United Nations Educational, Scientific and Cultural Organization (UNESCO) as examples of places where people are trying to live in harmony with their environment.

They are places that provide local solutions to global challenges. Biosphere reserves include terrestrial, marine and coastal ecosystems.

Biosphere reserves are nominated by national governments and remain under the sovereign jurisdiction of the states where they are located. 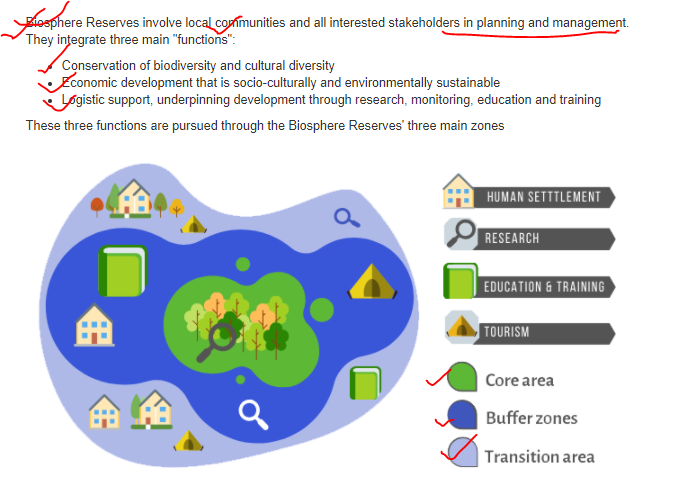 What are the benefits of Biosphere Reserve?

What is MAB programme?

The MAB programme is an intergovernmental scientific programme that aims to establish a scientific basis for enhancing the relationship between people and their environments. It combines the natural and social sciences with a view to improving human livelihoods and safeguarding natural and managed ecosystems, thus promoting innovative approaches to economic development that are socially and culturally appropriate and environmentally sustainable.

The World Network of Biosphere Reserves currently counts 701 sites in 124 countries all over the world, including 21 transboundary sites.

The World Network of Biosphere Reserves of the MAB Programme consists of a dynamic and interactive network of sites of excellence. It fosters the harmonious integration of people and nature for sustainable development through participatory dialogue; knowledge sharing; poverty reduction and human well-being improvements; respect for cultural values and society’s ability to cope with change - thus contributing to the 2030 Agenda and the Sustainable Development Goals (SDGs).

There are 18 Biosphere Reserves in the country. 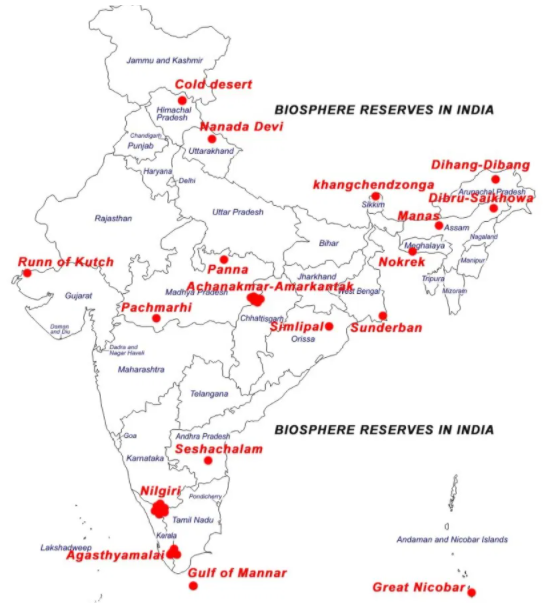 India has 11 internationally (12 after adding Panna) recognised BRs. They are as follows. 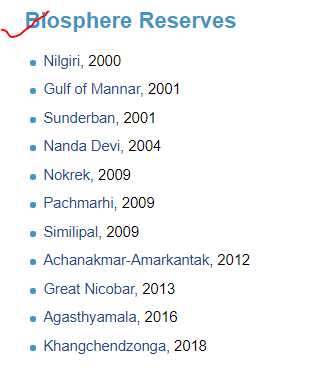 Panna Tiger Reserve of Madhya Pradesh is finally enlisted in UNESCO’s Man and Biosphere (MAB) programme. This is the third biosphere in State following Pachmarhi and Amarkantak, the first two. Panna was notified as biosphere reserve by Ministry of Environment and Forest in the Year 2011.

The Union environment ministry has listed six conditions for Brihanmumbai Municipal Corporation (BMC) to comply with while giving it the final go-ahead for translocating two coral patches along the coastal road alignment.

The conditions include the translocation must be carried out in presence of the forest department officials, and an expert from the Wildlife Institute of India, Dehradun, or any marine expert from a national institute.

The National Institute of Oceanography will carry out the translocation of 18 coral colonies from the coast of Mumbai for the Mumbai Coastal Road Project. 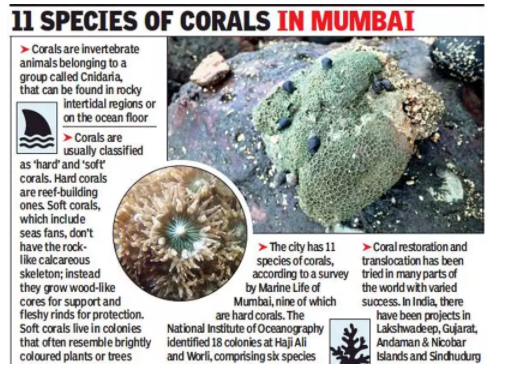 Corals are marine beings and are protected under schedule I of the Wildlife (Protection) Act, 1972. The translocation of these species, therefore, mandates a clearance from the Principal Chief Conservator of Forest (PCCF). The BMC had applied for the shifting of 18 coral colonies across Worli and Haji Ali on September 3 for reclamation of the region for laying roads. 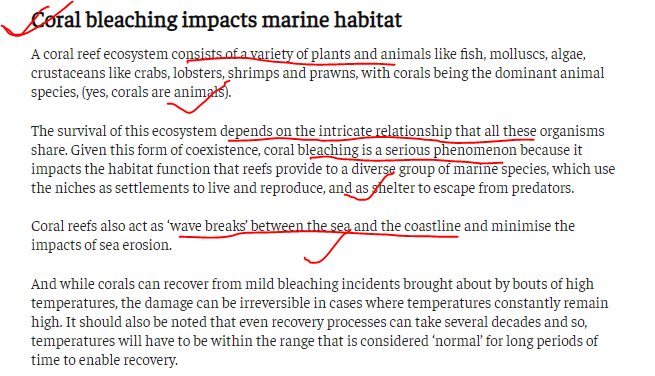 The major reef formations in India are restricted to the Gulf of Mannar, Palk bay, Gulf of Kutch, Andaman and Nicobar Islands and the Lakshadweep islands. While the Lakshadweep reefs are atolls, the others are all fringing reefs. Patchy coral is present in the inter-tidal areas of the central west coast of the country. 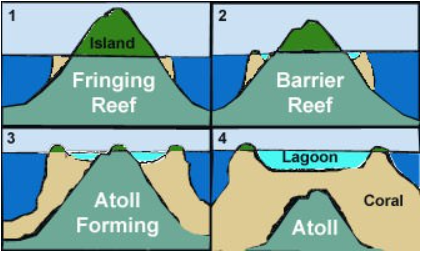 The Organization of the Petroleum Exporting Countries (OPEC) is a permanent, intergovernmental Organization, created at the Baghdad Conference on September 10–14, 1960.

OPEC's objective is to co-ordinate and unify petroleum policies among Member Countries, in order to secure fair and stable prices for petroleum producers; an efficient, economic and regular supply of petroleum to consuming nations; and a fair return on capital to those investing in the industry.

Currently, there are 13 memebers: 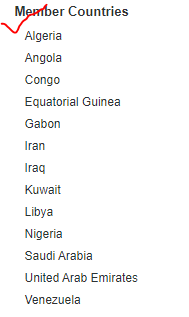 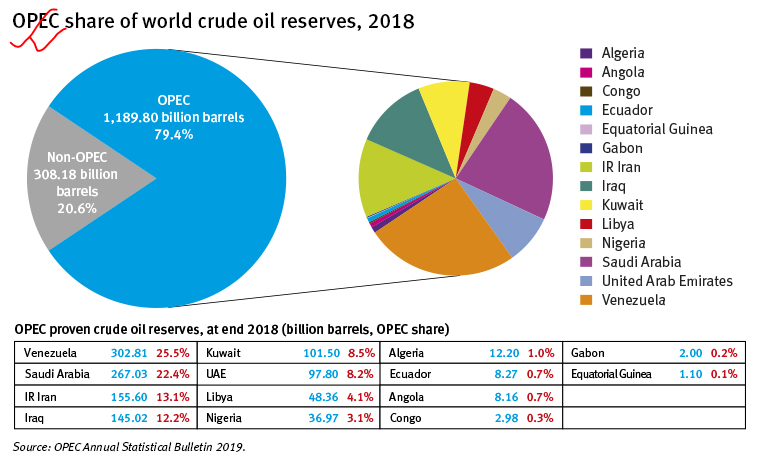 According to current estimates, 79.4% of the world's proven oil reserves are located in OPEC Member Countries, with the bulk of OPEC oil reserves in the Middle East, amounting to 64.5% of the OPEC total.

The Statute stipulates that “any country with a substantial net export of crude petroleum, which has fundamentally similar interests to those of Member Countries, may become a Full Member of the Organization, if accepted by a majority of three-fourths of Full Members, including the concurring votes of all Founder Members.”

Oil and gas sector is among the eight core industries in India and plays a major role in influencing decision making for all the other important sections of the economy.

It has allowed 100% Foreign Direct Investment (FDI) in many segments of the sector, including natural gas, petroleum products and refineries among others. India has been the fourth-largest Liquefied Natural Gas (LNG) importer since 2011 after Japan, South Korea, and China.

Market Size: It is fulll of data. Just see once.

Government Initiatives. Some of the major initiatives taken by the Government of India to promote oil and gas sector are:

Now, it will be enough. All data above has been taken from Government website. 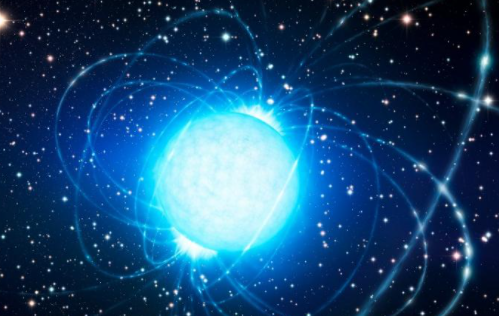 FRBs are incredibly powerful pulses of energy from halfway across the universe. Their sources, whatever they are, release as much energy in a millisecond as our Sun does in 80 years.

What is unique about FRBs?

FRBs are typically recorded as incidental bursts among many sources of radio-wave emissions. Some FRBs repeat at certain intervals while others ‘appear’ just once, never to be seen again. But in spite of the tremendous outbursts that they are, FRBs are extremely difficult to identify simply because they last for a few milliseconds at a time. So even the most advanced radio telescopes – with their relatively narrow fields of observation – more often than not fail to identify these blink-and-you-miss cosmological phenomena.

But recently, astronomers reported an unprecedented discovery that throws new light on the nature and origins of FRBs. Specifically, they have reported the first ever FRB originating from within the Milky Way.

What is difference beterrn FRBs detected now and then?

All FRBs that we have detected thus far have been extra-galactic (outside Milkiway) in origin, with the radiation coming to us from faraway galaxies. But last April, the Canadian Hydrogen Intensity Mapping Experiment (CHIME) and the Survey for Transient Astronomical Radio Emission 2 (STARE 2) in the US both zeroed in on the source of an FRB originating in our galactic backyard.

The latest studies, published in a recent edition of the journal Nature have now confirmed that FRBs are in fact generated by a rare type of neutron star known as a ‘magnetar’. Magnetars are the most powerful magnets in the cosmos. Their magnetic fields are 5,000 trillion times more powerful than that of the Earth.

A star that eventually becomes a magnetar begins its journey like any others – by fusing hydrogen fuel to produce energy for billions of years. These fusion reactions keep the star from collapsing under the weight of its own gravity. But at some point, it runs out of hydrogen and begins to enter its terminal phase. 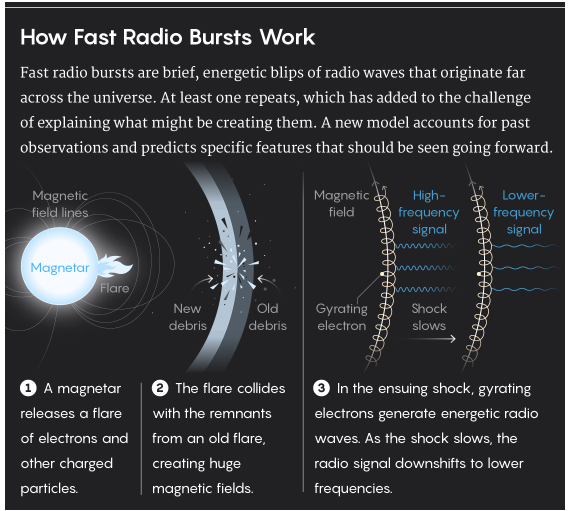