We are too busy in air and water pollution; we forget that there also exists Noise Pollution. Severe noise can result in severe health issues among people such as noise induced hearing impairment, high blood pressure, heart disease, stress, and sleep disturbances, to name a few. In addition to this, noise pollution adversely affects the wildlife.

For instance, elephants make use of seismic and infrasound signals using their feet and trunk for communication. Sound disturbances from humans hinder their communication. Hence noise pollution poses a risk to both humans as well as animals.

So, first you tell me do we have any regulations aimed at stipulating noise limits and controlling noise above the set standards? Yes, we have.

Few points from the above Rules:

In spite of strict rules, it does not get as much attention as say air pollution and water pollution probably because its effects are not often immediately visible, and humans, especially in cities have gotten used to it loud noises.

What is the rule on the use of Loudspeakers? In the same rules, it has mentioned about Loudspeakers. The important among these rules are the following 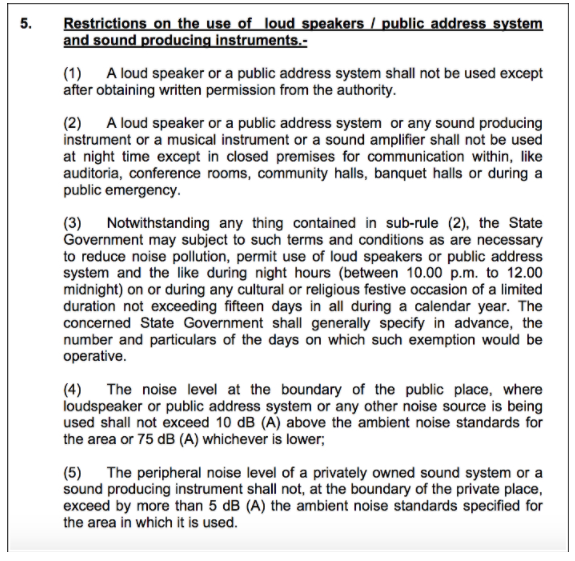 What is noise level?

Earlier in June 2020, the Central Pollution Control Board proposed hefty fines in a report filed with the National Green Tribunal. Under these new rules, violation in norms over loudspeaker usage or public address systems may attract a fine of Rs. 10,000 and confiscation of the equipment used. Flouting the norms while using diesel generators can attract fine between Rs. 10,000 to Rs. 1 Lakh. Despite the existence of all these rules, the on-ground implementation still leaves a lot to be desired.

Tension between India and China has not impacted the Trade

Tensions between India & China have only increased during the current financial year of 2020-21 because of the border standoff and even COVID-19. Amid tensions, there are calls for banning of Chinese products among the general public.

But what are the recent trends in trade with China? Is there any visible shift in the overall trends? Are there any changes in the trade of specific goods? We will try to find out by comparing with the trade data for the first four months of 2020-21 and comparing it with the same period in 2019-20. 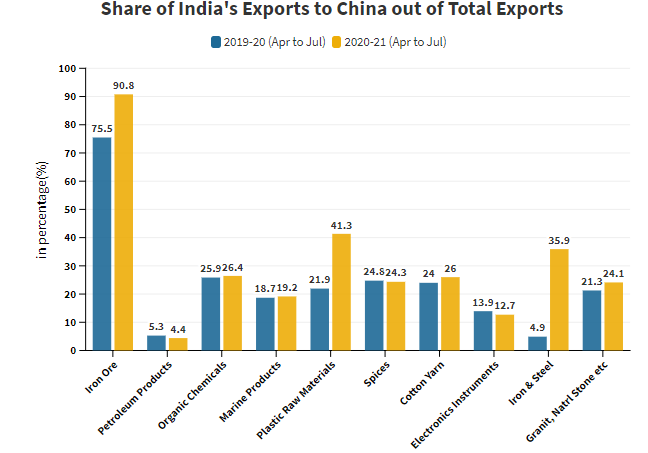 This you can use mainly in Mains or essay writing. It is very clear that no matter how intense tension between nations is, stopping trade is dangerous. Here we simply shout, we should ban all Chinese goods, imports from china, but as you seen above, trade is very important between two nations. It brings wealth and prosperity.

We have used all data in this explanation from here. 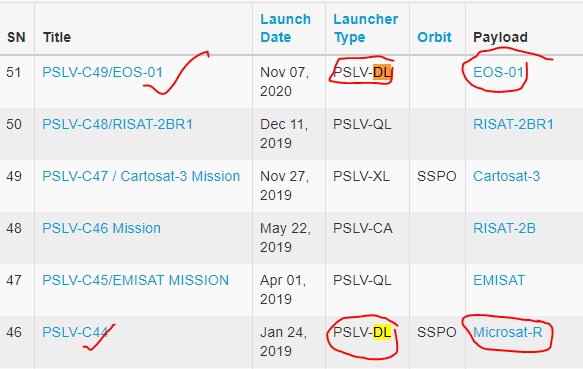 Microsat-R, an imaging satellite was successfully injected into intended orbit of 274 km by PSLV-C44 on January 24, 2019.

EOS-01 is an earth observation satellite, intended for applications in agriculture, forestry and disaster management support.

The nine customer satellites from Lithuania (1), Luxembourg (4) and USA (4) were launched under a commercial arrangement with New Space India Limited (NSIL).

Australian scientists have recently discovered a massive detached coral reef in the Great Barrier Reef, and this is the first to have been discovered in the region in 120 years.

Great Barrier Reef: What we know about the new reef

The reef is a blade-like structure, with its base as wide as 1.5 km. It vertically rises 500m, and the top of the reef is a mere 40m below the surface of the sea. The reef has joined seven other tall, detached reefs present in the region. These other reefs have been mapped since the late 19th century, including Raine Island reef, which forms the most important area in the world for green sea turtle nesting. 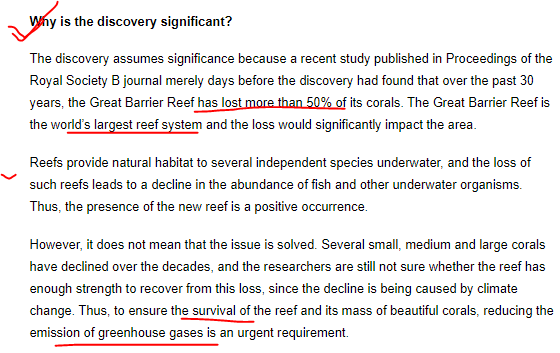 The President of India has appointed Yashvardhan Kumar Sinha as the Chief Information Commissioner. The appointment is with effect from the forenoon

We will learn about Central Information Commission.

The Central Information Commission has been constituted with effect from 12-10-2005 under the Right to Information Act, 2005. The jurisdiction of the Commission extends over all Central Public Authorities.

Is the decision of this Commission binding?

Are there any public authorities exempt from providing information?

Yes, intelligence and security organizations specified in the Second Schedule to the Act are exempt from furnishing information under the Act.  However, this exemption does not apply if the requested information pertains to the allegations of corruption and human rights violation.

What is “right to information’’?

What type of information may be obtained under the RTI Act?

The type of information which may be obtained is defined under section 2 (f) of the Act as any material in any form, including records, documents, memos, e-mails, opinions, advices, press releases, circulars, orders, log books,   contracts, reports, papers, samples, models, data material held in any electronic form and information relating to any private body which can be accessed by a public authority under any other law for the time being in force.

Who can seek information under the Right to Information Act, 2005?

As per section 3 of the RTI Act any Indian citizen can seek information under the Act.

How is an application for seeking information to be made?

As per section 6 (1) of the RTI Act a request may be made in writing to the Central Public Information Officer (CPIO) of this Commission. It may also be filed online.

Powers of the Commission: