Loss of Mangrove Forests Worldwide Is Slowing – Except in Asia

First of all, we should know, why protecting Mangroves is important?

They are a natural coastal defence

They are carbon sinks

Coastal forests help the fight against global warming by removing carbon dioxide from the atmosphere, most of which is stored within the plant. When mangrove tree roots, branches and leaves die they are usually covered by soil, which is then submerged under tidal water, slowing the breakdown of materials and boosting carbon storage.

Many people living in and around mangroves depend on them for their livelihood. The trees are a reliable source of wood for construction and fuel, which is prized for its hardy resistance to both rot and insects. However, in some areas, the wood has been harvested commercially for pulp, wood chip and charcoal, raising concerns about sustainability.

Plant extracts are collected by locals for their medicinal qualities and the leaves of mangrove trees are often used for animal fodder. The forest waters provide local fishermen with a rich supply of fish, crabs and shellfish to sell for income.

Sustainable tourism offers a stimulus to preserve existing mangrove areas, with potential to generate income for local inhabitants. Often located near to coral reefs and sandy beaches, the forests provide a rich environment for activities like sports fishing, kayaking and birdwatching tours.

They are rich in biodiversity

Human activity has caused huge biodiversity loss in land and marine ecosystems around the globe, endangering many plant and animal species. By filtering coastal waters, mangroves form a nutrient-rich breeding ground for numerous species that thrive above and below the waterline.

What India Forest Report 2020 says about status of Mangroves in India? 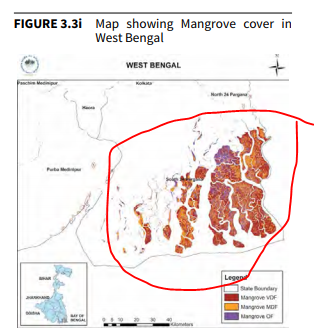 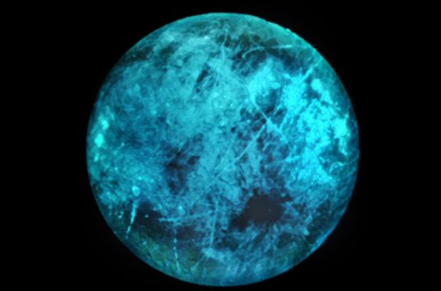 Jupiter’s icy moon Europa, which is set to be the next favourite exploration destination due to the presence of an under-ice ocean, may actually glow in the dark, NASA scientists have discovered. The findings are predictions made from Earth-bound experiments at NASA’s Jet Propulsion Laboratory (JPL) in California, which recreated Europa and Jupiter’s interactions.

The team found that the moon possibly glows blue-white and blue green through its ice and water interior, even at night, because of the radiation from its host planet Jupiter.

Although the glow has not been directly observed by telescopes yet, using a spectrometer to observe and identify different signatures in the composition of ice during Europa’s night can give insights into the evolution of Jupiter and its moons.

Europa is fast becoming the next big destination in planetary research thanks to findings from the ongoing Juno mission around Jupiter. Multiple missions to the icy moon are currently under consideration.

The JUpiter ICy moons Explorer (JUICE) is an interplanetary spacecraft in development by the European Space Agency (ESA). It will orbit the largest Jovian moon Ganymede and will also study Callisto and Europa in detail. It is scheduled to launch in 2022.

NASA’s Europa Clipper is the next and first mission dedicated to Europa. It comprises an orbiter that will fly around Jupiter but will make a series of close flybys to study the moon. The mission is set to launch in 2024.

The novel coronavirus disease (COVID-19) pandemic has pulled food systems apart, threatening food security and nutrition. At least 690 million people went hungry in 2019, according to the State of Food Security and Nutrition in the World report, 2020. Now, the pandemic could tip over 130 million more people into chronic hunger by the end of 2020, according to the report.

Taking cognizance of the catastrophic food crisis and the urgency to tackle it, Food and Agriculture Organization (FAO) of the United Nations launched a Food Coalition on November 5, 2020.

Proposed by Italy and led by FAO, the global alliance aims to help countries get back on track to achieve the UN-mandated Sustainable Development Goals by 2030, especially the ones on ending hunger and poverty. More than 30 countries have already expressed interest in joining the coalition.

German researchers are piecing together the life of a prehistoric woman who died more than 5,000 years ago in the Neolithic period, after her skeleton was found when excavating for wind turbines.

Investigations have shown that she was between 30 and 45 years old and died more than 5,000 years ago. All that is left of the skeleton are bones and some fragments of clothing.

Prehistoric Age refers to the time where there was no writing and development. It consists of five period, divided according to the tools used by people then –

Other important Neolithic sites include –

A glacial lake outburst flood (GLOF) is a release of melt water from a moraine- or ice-dam glacial lake due to dam failure. GLOFs often result in catastrophic flooding downstream, with major geomorphic and socioeconomic impacts. 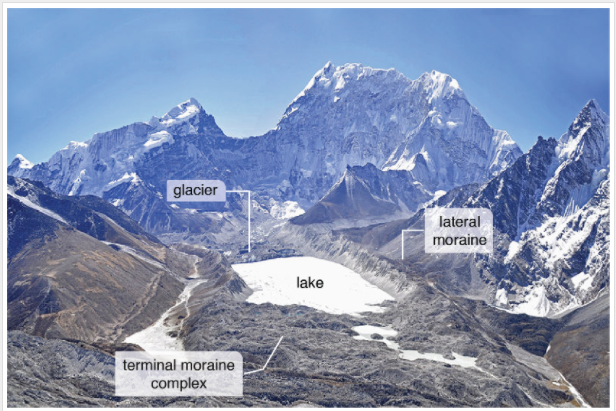 The general global trend of glacier shrinkage has seen the number and size of glacial lakes increase at the same time as human activities have expanded further into glaciated catchments. The study of how GLOFs occur and their impacts is therefore important for future hazard mitigation.

Using remote sensing data, researchers from Germany have mapped the evolution of 2014 Gya glacial lake (Ladakh) and cause of the flood. 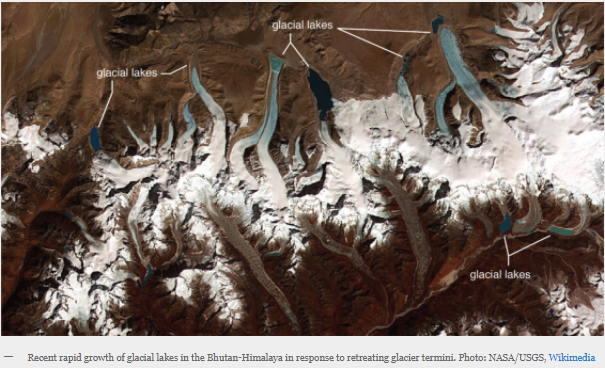 Finding of the study