The Office of the United Nations High Commissioner for Human Rights (OHCHR), states that Human Rights are rights that Humans have, simply by the providence of existence. These are not granted by any state or authority and are universally inherent to all human beings across the world.

The Universal Declaration of Human Rights (UDHR) adopted in 1948 by UN General Assembly stands as the foundation for all international human rights law. India is not only a signatory to UDHR, but also historically had contributed to the development & adoption of the same.

In India, the NHRC is mandated under Section 12(i) of the Protection of Human Rights Act, 1993 to encourage the efforts of Non-governmental organizations & institutions working in the field of Human Rights.

Uttar Pradesh followed by Tamil Nadu & Odisha account for the highest number of complaints in the past 4 years. 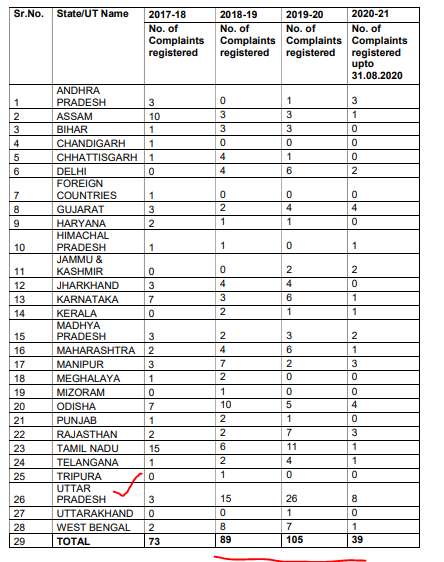 As per data available on the NHRC website, as on date, 62 complaints were registered in 2020 with respect to violations against Human Rights Defenders in India. The trend since 2017-18 indicates that an increasing number of complaints are registered with NHRC. As per NHRC Annual Report, 53 complaints were received for 2015-16, which nearly doubled to 98 the next year. After a fall in 2017-18, the number of cases increased year on year. 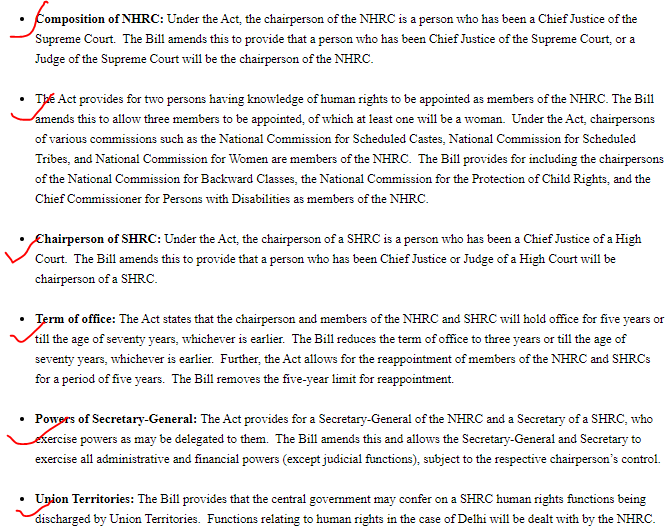 Recently, the Ministry of Electronics & Information Technology (MeitY) has released the Draft Data Centre Policy, which aims to simplify clearances for setting up data centres in the country.

Why we need this policy? Very important to know.

Need for Data Centre infrastructure within the boundaries of the country is further necessitated by the data localization provisions of proposed Data Protection Act and for protection of the digital sovereignty of the country in an increasingly connected world.

Currently, as per various estimates, India has around 375 MW installed power capacity for Data Centre and as per projections, this may grow to three time by 2025. This policy intends to accelerate the projected Data Centre growth and investments in the sector.

While the Data Centre sector is witnessing growth in the country, there are known impediments to its growth such as lack of infrastructure. This policy aims to offset these challenges in order to accelerate the current pace of growth and propel India in becoming a global Data Centre hub. 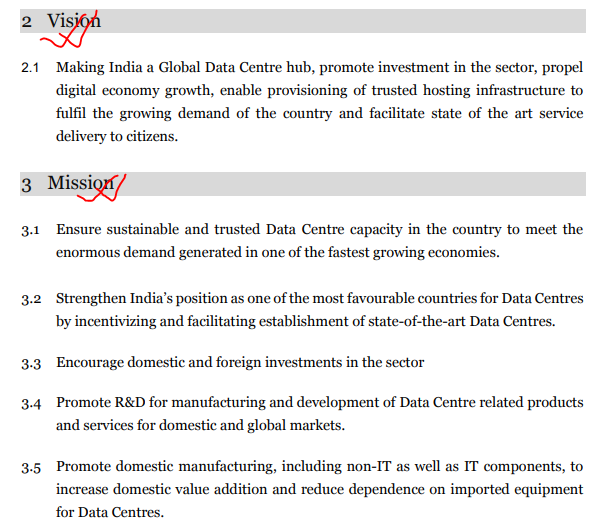 The Cabinet Committee on Economic Affairs chaired by Prime Minister Shri Narendra Modi has approved Continuation and Revamping of the Scheme for Financial Support to Public Private Partnerships (PPPs) in Infrastructure Viability Gap Funding (VGF) Scheme till 2024-25 with a total outlay of Rs. 8,100 cr.

The Department of Economic Affairs, Ministry of Finance introduced "the Scheme for Financial Support to PPPs in Infrastructure" (Viability Gap Funding Scheme) in 2006 with a view to support infrastructure projects undertaken through PPP mode that are economically justified but commercially unviable due to large capital investment requirements, long gestation periods and the inability to increase user charges to commercial levels, hi this existing Scheme, VGF up to 40%of the Total Project Cost (TPC) is provided by the Government, of India (Gol) and the sponsoring authority in the form of capital grant at the stage of project construction (20%+20%).

The revamped Scheme is mainly related to introduction of following two sub-schemes for mainstreaming private participation in social infrastructure:

The aim of the scheme is to promote PPPs in social and Economic Infrastructure leading to efficient creation of assets and ensuring their proper Operation and Maintenance and make the economically/socially essential projects commercially viable. The scheme would be beneficial to public at large as it would help in creation of the Infrastructure for the country.

New bioluminescent mushroom glows in the forests of Meghalaya 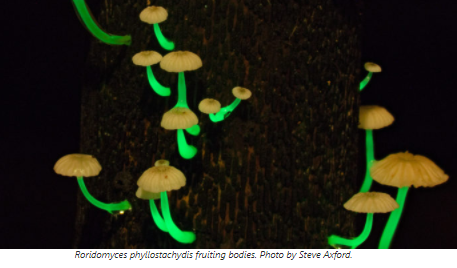 A new species of bioluminescent fungus from the bamboo forests of Meghalaya has been described based on morphological and molecular data. It is the first distributional record of the genus Roridomyces in India.

The phenomenon known as bioluminescence or the ability to emit light is more common in animals dwelling in ocean environments than on land. Insects such as fireflies are renowned for their ability to glow, but little is known about fungi. The emission of light occurs as a result of a chemical reaction in which the energy is released as light, typically green light.

Of about 120,000 described fungi species (out of an estimated 2.2 to 3.8 million), around 100 are known to be bioluminescent or capable of emitting light. They have been found mainly in temperate and tropical regions in Europe, North and South America, Southeast Asia, Japan, and Australia, among others.

This discovery is thus very important and adds significance in understanding the phytogeographical distribution of bioluminescent fungi and related issues.

The Jharkhand legislature November 11, 2020 passed a government-backed resolution that would allow tribals in the state to identify with a distinct religion. If the Centre approves the new Sarna code, Census 2021 would have to make space for a new religion.

The Sarna is one of the largest 'other' groups in Jharkhand and Odisha. Tribal groups claim that in the 2011 census, 42 lakh people from Jharkhand and around six crore people across the country mentioned their religion as Sarna, which was included in the 'Other' category.

A separate column for tribe as a religious identity was included in the census from 1871 to 1951 but was subsequently dropped. The Jharkhand state cabinet passed the resolution on November 10.