The other vessels in the class are INS Kalvari, INS Khanderi, INS Karanj, INS Vela and INS Vagsheer.

About Kalvari Class of submarines:

This class of submarines have Diesel Electric transmission systems, and these are primarily attack submarines or ‘hunter-killer’ type which means they are designed to target and sink adversary naval vessels. They can be used in anti-warship and anti-submarine operations, intelligence gathering and surveillance and naval mine laying.

These submarines are built under Project 75 and their design is based on the Scorpene class of the submarines. Being constructed by the public sector shipbuilder Mazagon Dock Ltd (MDL) in Mumbai.

The P75I project is part of a 30-year submarine building plan that ends in 2030. As part of this plan, India was to build 24 submarines — 18 conventional submarines and six nuclear-powered submarines (SSNs) — as an effective deterrent against China and Pakistan.

Very few and important points we will see about Mushrooms.

As winter approaches, India’s farmers once again are exploring the mushroom option as a means of boosting their incomes. Many predict that mushrooms are the next high value agriculture crop which can transform incomes of small and marginal farmers. 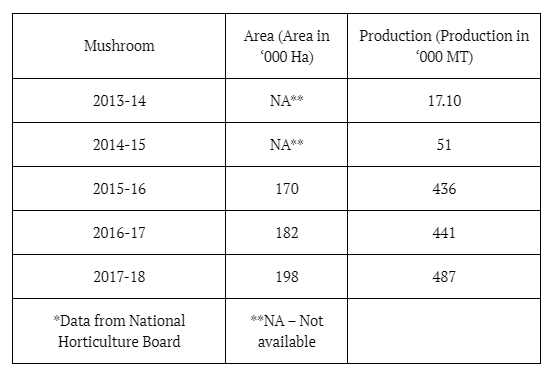 As per the data, Uttar Pradesh is the largest producer of Mushroom in India. 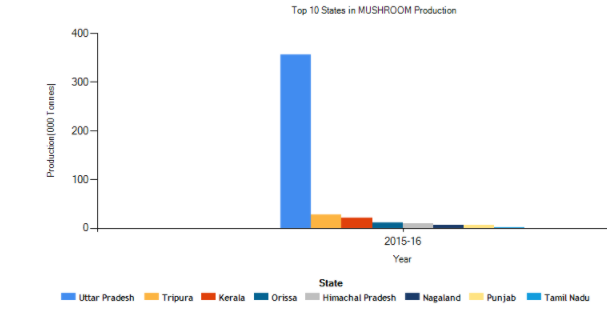 We should know that mushrooms are neither plants nor animals and they don’t emerge from seed but from spawns or spores.
. 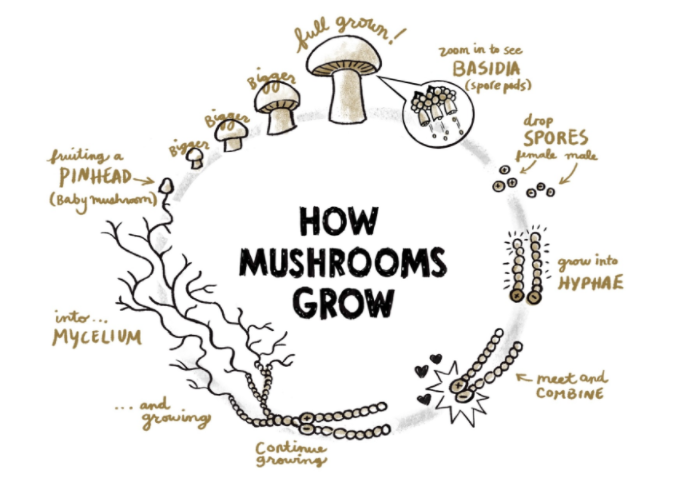 This uniqueness keeps these non-photosynthetic life-forms out of the purview of the Seed Act and Rules and also the PPVFR Act. In simple words, the mushrooms sector is unregulated.

Adding to regulatory troubles, the Patent Act 1970 is also not clear on the patentability of fungi – even as other countries like the United States recognizes patents on new varieties of fungi or mushrooms. One feels as fungi are autonomous living beings and they are excluded from patentability in India.

Plus, how effective our national biodiversity laws have been in regulating foreign spores, etc. entering India, is another cause of concern. The scale is such that one big flask of a pure culture of spawns is enough to seed the entire country’s button mushroom production hence we have to be cautious of genetic bottlenecking.

By embracing and regulating mushrooms the government may have a new ally to combat malnutrition and falling farm incomes. Before the mushroom sector gets any bigger, the government needs to create regulations so farmers and industry can harness the full potential of fungi.

Scientists have finally found an answer to the origin of the Blue Ring Nebula, a blue-hued cloud of dust and gas, after 16 long years.

A new study, which draws from state-of-the-art theoretical models, has proposed that the nebula resulted from the collision of a smaller star into a larger one, leading to the formation of a single new remnant star. This is the first observation of a nebula so early in a remnant star.

Merged star systems are common, but the process of their formation has been difficult to observe because of the debris that is formed around a merged star from the collision.

But the Blue Ring Nebula is merely a few thousand years old and is the first known merged star at such as early stage of its formation. It is visible only in far-UV.

GALEX observations and subsequent simulations from these findings have indicated that the nebula consists of two cone-shaped clouds that are moving away in opposite directions from the star. One cone’s base is travelling directly towards earth and a part of the other cone is visible behind it. 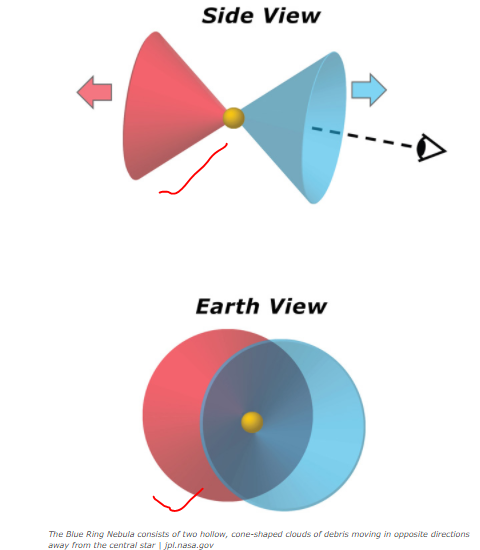 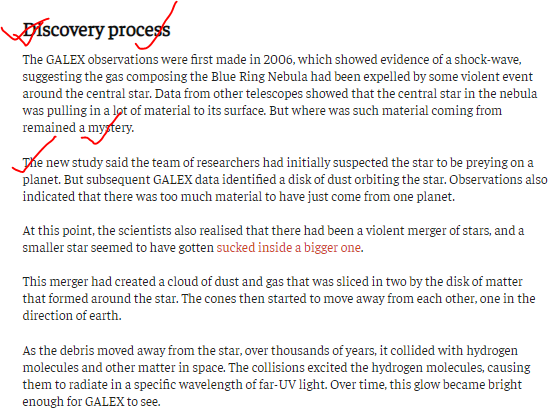 Vaccination, screening and treatment can reduce new cases of cervical cancer by more than 40 per cent and five million related deaths by 2050.

These were the projections of the World Health Organization’s (WHO) Global Strategy to Accelerate the Elimination of Cervical Cancer, launched November 17, 2020 on the close of the 73rd World Health Assembly.

Cervical cancer is the fourth-most common cancer among women globally.

The fight against the cancer, however, has become challenging in the backdrop of the novel coronavirus disease (COVID-19) pandemic, which has eliminated focus from other diseases and interrupted vaccination, screening and treatment services. In India:

The programme aims to complete the following targets by 2030 globally: 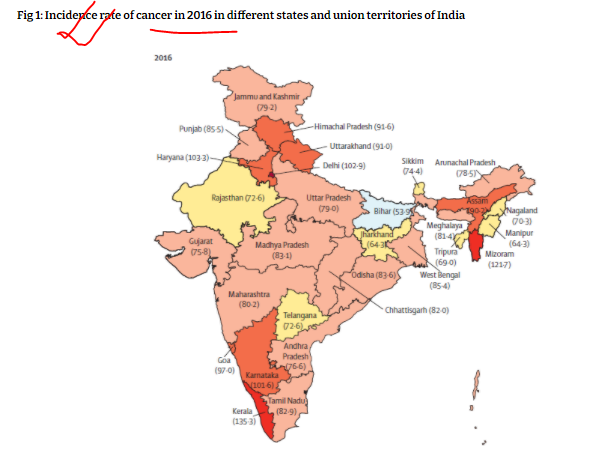 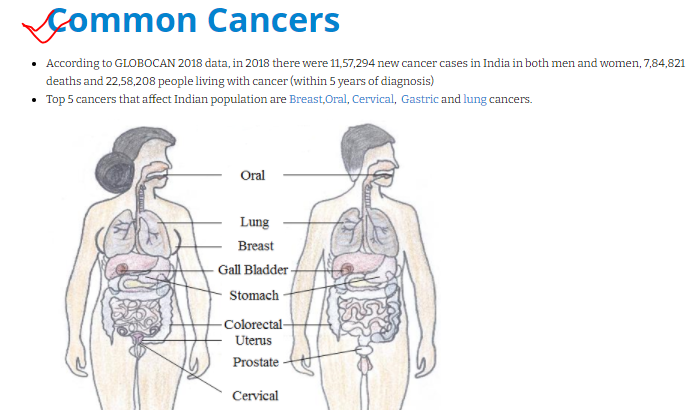 The Centre’s initiative to replace the Indian Nursing Council (INC) Act 1947 with a new act is welcome. The nursing sector has been neglected for far too long and needs better backing to thrive and realize its full potential, instead of playing second fiddle to the medical profession.

It meant to replace the INC Act 1947 – is currently in the public domain for feedback. The NNMC Bill 2020 may fill a long-standing gap of establishing and regulating service standards for the nursing and midwifery professionals. Drafted along the lines of the National Medical Commission Act 2019, the NNMC Bill 2020 provides for the constitution of regulatory bodies at the national and state levels.

Centralization of power at the Centre

The Bill authorizes the Centre to nominate most of the members of the regulatory bodies to be constituted under the Bill. There is no representation of members elected by the nursing fraternity. This oversight negates the role of the nursing and midwifery professionals in the regulation of their own profession.

Unlike the INC which has an elected representative from each state council, the newly proposed national nursing and midwifery commission has limited state representation from six zones, as per the zonal distribution of state and UTs.

Weak in setting standards and scope of nursing and midwifery

The purpose of the Bill is as much to standardize and regulate the nursing and midwifery professions as it is to regulate their education. However, the Bill disappoints by not delving adequately into the practice aspect. Like the INC Act 1947, it focuses more on the education of the profession. The ‘Scope of Practice’ as defined in the Bill is vague, and the Bill does not provide a vision for how nurses and midwives may contribute to strengthening the healthcare system in the country as a professional cadre.

No regulation on number of educational institutions, nursing professionals

The Bill does not have any provisions to regulate the number of educational institutions that can be established in India, their distribution in different parts and the number of nursing professionals who graduate. The absence of such regulation over the years has led to more than half of the country’s nursing institutions being situated in South India.

Lack of attention to administrative and service aspects

Experts believe one of the reasons for the continued poor status of nursing services in the country to be the lack of nursing professionals in decision-making and policy-level positions – at both the state and national levels. The new Bill too seems to maintain this status quo.

The Bill provides for a hierarchical grievance redressal system with a provision for escalating grievances to the next higher–level regulatory body. The highest authority is the central government. However, section 49 of the Bill prohibits anyone except an officer authorized by the national commission, the ethics and registration board or a state commission from appealing in a court of law against an offence punishable under the Act. Such a provision severely hampers the right of ordinary citizens, including the nurses to take recourse to legal action in case of any violation.