Recently, the annual Pneumonia and Diarrhoea Progress Report has been released by the International Vaccine Access Centre (IVAC).

Each year, this report tracks progress towards 10 key indicators in the 15 countries with the highest mortality burden of pneumonia and diarrhea in children under 5. 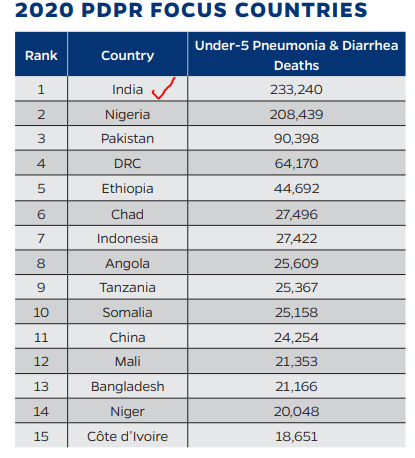 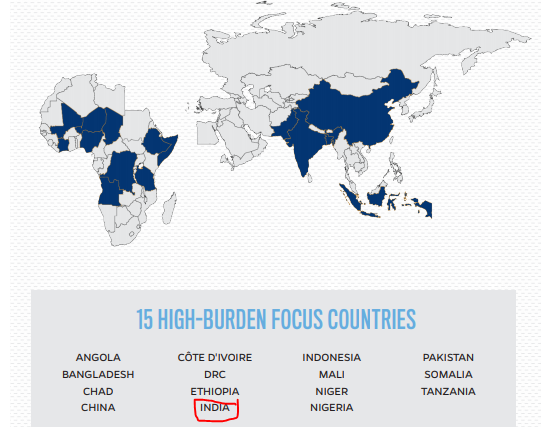 These 10 indicators are evaluated and summarized into an Overall GAPPD (GAPPD — The Integrated Global Action Plan for the Prevention and Control of Pneumonia and Diarrhea) score. 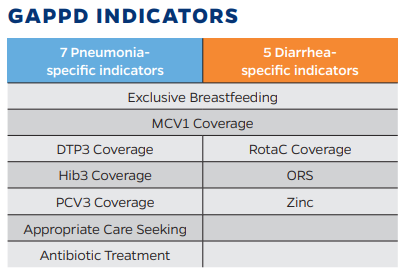 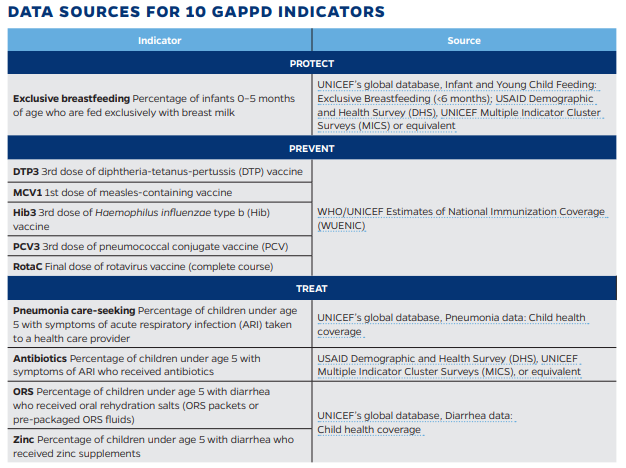 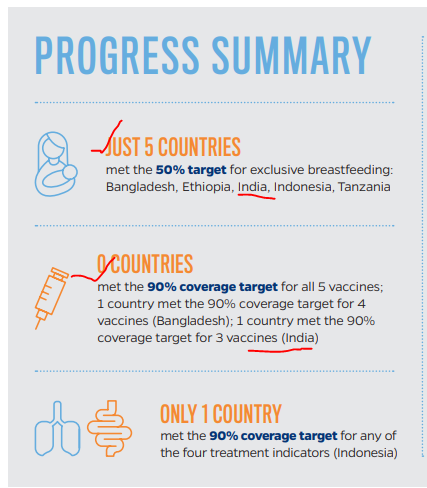 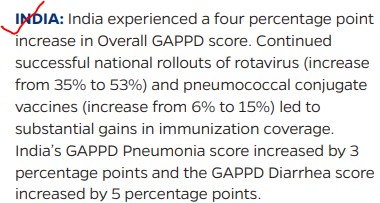 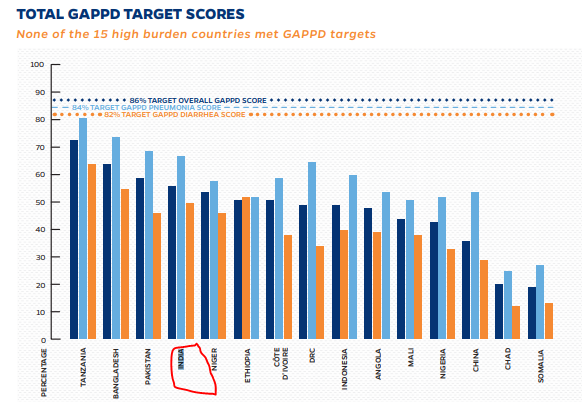 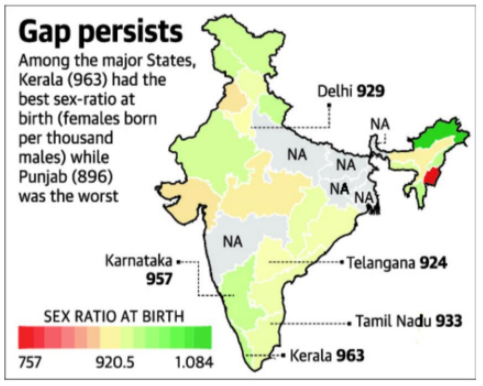 “Vital statistics of India based on the Civil Registration System 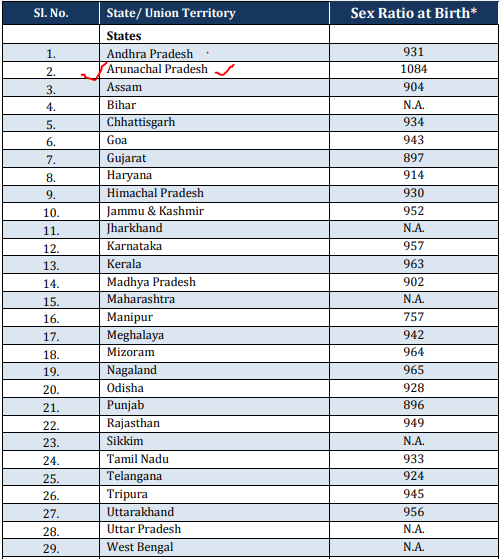 The Met Department said that under the influence of fresh western disturbance the wind speed went up to around 25 km per hour. In this context let us understand this important topic from the perspective of prelims as well as mains examination.

What are western disturbances? 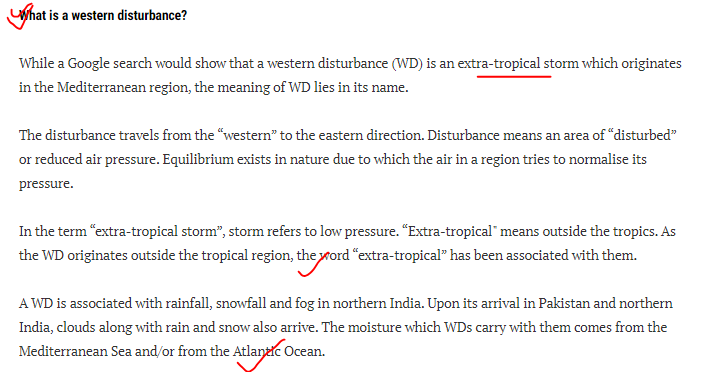 The atmospheric process that triggers the birth of WDs is a complex one. But in simple terms, WDs are caused by pronounced temperature differences between higher and lower latitudes. The transfer and interaction of warm and cold air creates an area of low pressure in the mid-latitudes, usually over the Mediterranean Sea. 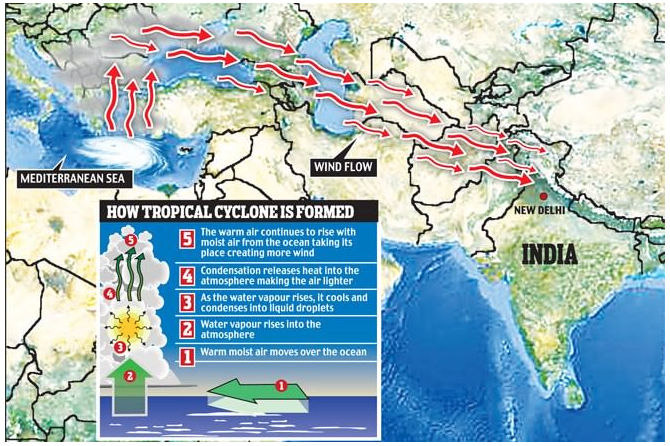 How are they Formed?

Western disturbances originate in the Mediterranean region. A high-pressure area over Ukraine and neighborhood consolidates, causing the intrusion of cold air from polar regions towards an area of relatively warmer air with high moisture.

This generates favourable conditions for cyclogenesis (the development or strengthening of an area of low pressure in the atmosphere in the upper atmosphere), which promotes the formation of an eastward-moving extratropical depression.

Traveling at speeds up to 12 m/s (43 km/h; 27 mph), the disturbance moves towards the Indian subcontinent until the Himalayas inhibits its development, upon which the depression rapidly weakens.

Are there any ill-effects of Western Disturbances?

Why are strong WDs important for India?

India is a rain-dependent country. And while the southwest monsoon covers most of India, some parts of north India don’t get much rain from it. Instead, these regions depend on snow and rain from western disturbances during the Indian winter season from November to March.

The heads of the Food and Agriculture Organization of the United Nations (FAO), the World Organisation for Animal Health (OIE), and the World Health Organization (WHO) launched the new ‘One Health Global Leaders Group on Antimicrobial Resistance’.

The group will harness the leadership and influence of these world-renowned figures to catalyze global attention and action to preserve antimicrobial medicines and avert the disastrous consequences of antimicrobial resistance.

The Tripartite organizations launched the group during World Antimicrobial Awareness Week 2020 (18-24 November), as part of their shared call for united action to preserve and protect antimicrobial medicines.

The group has to monitor the global response to antimicrobial resistance; maintain public momentum; provide regular reports on the science and evidence related to AMR to the UN member states, advocate for the inclusion of AMR ‘lens' in investments on agriculture, health, development, food and feed production; and push for multi-stakeholder engagement on the issue.

The group will meet twice a year.

The Science Based Targets Network (SBTN), an initiative of the Global Commons Alliance (GCA), recently launched a corporate engagement program to help companies, consultancies and industry coalitions set science-based targets that could help protect all aspects of nature, including biodiversity, land, ocean, water, as well as climate.

What is the Science Based Targets Network?

The Science Based Targets Network (SBTN) is a collaboration of leading global non-profits and mission driven organizations working together to equip companies as well as cities with the guidance to set science-based targets for all of Earth’s systems. This will help them define a clear pathway to ensure they are doing enough across their value chain to address their impacts and dependencies on nature.

The SBTN is part of the Global Commons Alliance, which brings together powerful leadership, technology, science, innovation, and communication to transform the world’s economic systems and protect the global commons.

The SBTN builds on the momentum of the Science Based Targets initiative (SBTi). It is a network of 45+ organizations - including the same organizations behind the SBTi - developing methods and resources for science-based targets for nature for companies, and science-based targets for both climate and nature for cities. Its goal is for the world’s major companies and cities to have adopted science-based targets and taken action for climate, which companies will continue to do through the SBTi, alongside water, land, ocean, and biodiversity by 2025. This will form a key part of progress towards Sustainable Development Goals (SDGs) and global policy milestones.