In a significant, judgment, the Supreme Court has issued guidelines on payment of maintenance in matrimonial matters. The bench held that maintenance in all cases will be awarded from the date of filing the application for maintenance.

The first thing should come to our mind when any article talks about Women and Child is Article 15 (3).

There are different legal statutes in India which grant persons including wife, children, and parents, the right to claim maintenance for taking care of their necessities such as food, shelter, and clothing, in case a person who has sufficient means refuses or neglects to do so. Maintenance usually refers to the right to be supported and taken care of.

What was the case?

In the case of Rajnesh Vs Neha, a Family Court in 2015 had directed the husband to pay an interim maintenance of Rs.15,000 per month from 1 September 2013 and Rs.5000 per month for their child for two years and Rs.10,000 per month till further orders. Challenging this order, the husband filed an appeal before the Bombay High Court which dismissed his petition and affirmed the directions of the Family Court. The husband then approached the SC stating that he was unemployed and was not in a position to pay maintenance to his wife.

The SC affirmed the earlier judgement and the order of family court for payment of interim maintenance and asked the husband to pay the arrears.

During the hearing of this plea, the SC noted that the application for interim maintenance was pending for 7 years. Usually, the maintenance cases are to be settled within 60 days. Furthermore, it noted that the wife had to move applications multiple times. Noting these difficulties, the SC laid down guidelines for family courts and magistrates.

Two important observations made by SC:

Maintenance is to be granted from the date of application

As per the guidelines by the SC, the maintenance should be granted from the date of application. It was further observed that in such cases, there was tendency from the husband’s side to conceal his actual income while the wife exaggerated her needs. Thus, both the applicant wife and the husband should disclose their assets and liabilities in the prescribed format.

Duration of marriage should also be taken into consideration

The Court adding that several marriages do not last for a reasonable length of time in contemporary society, it is not equitable for the husband to pay his wife permanent alimony for the rest of her life. Hence, the duration of marriage must be taken into account while determining permanent alimony. The expenses of children such as their education, basic needs, vocational training, medical expenses, etc. are to be borne by the father. If the mother is working and earning sufficiently, the expenses may be shared proportionately between them.

In India, a marriage is considered to be very sacred, but with the changing times, it has become a subject of great judicial scrutiny. People of different religions, as well as traditions, are regulated by a diverse set of personal laws that relate to family affairs. Prior to 1984, all family matters were resolved by the ordinary civil court judges who used to look after the recovery matters. In 1984, the family Courts Act was passed and came into force.

The main objective of the act was to take family and marital disputes out from the overcrowded and traditional courts of law and to bring them in the sympathetic surrounding.

From 1955, when the Hindu Marriage Act was passed, till date, several amendments are made to liberalize the grounds for divorce and many other family issues. The process of settling the matrimonial disputes includes divorce, judicial separation, maintenance, settlement of property, etc. which are time-consuming and expensive. 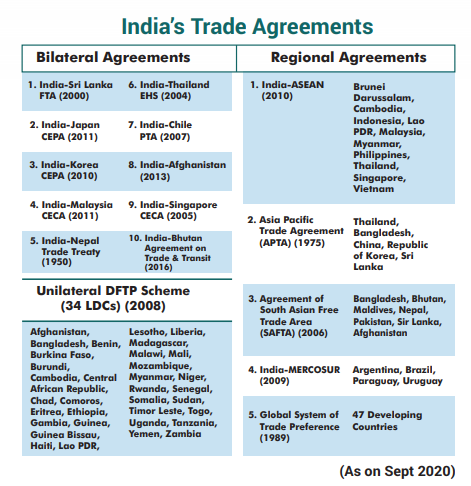 The said FTAs are international treaties. In terms of the FTAs, a preferential tariff treatment is given to originating goods of the exporting country. In this regard, 'Rules of Origin' (RoO) are cardinal principles based on which the source country of import goods is established, and subsequently tariff concessions or applicable duties are determined at the time of assessment of the Bills of Entries (BOEs)

Conventionally, in order to claim the preferential duty benefit, the importer was required to supply to the customs authority a Certificate of Origin (CoO) issued by a competent body, designated in the FTA ( usually a Chamber of Commerce of the exporting country ) along with the documents required for importation of goods, i.e. invoice and the bill of entry at the time of clearance of goods.

S 28 DA has been inserted into the Customs Act in the Budget of 2020, which, in substance, places the full onus on Indian importers to prove that goods imported under the free trade agreement (FTA) adhere to the prescribed origin criteria. 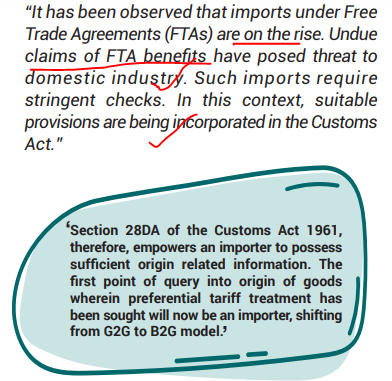 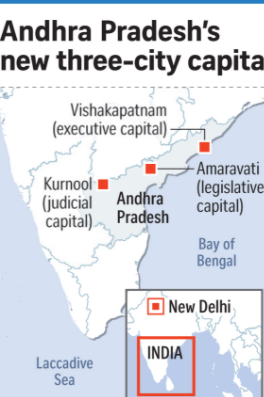 Andhra Pradesh’s is proposed to have three capitals as per the proposal of the incumbent Y.S. Jaganmohan Reddy’s YSRCP government. In previous session of the Assembly, the govt. introduced Andhra Pradesh Decentralization and Inclusive Development of All Regions Bill, 2020, according to which the state of Andhra Pradesh will have Visakhapatnam, Amaravati and Kurnool respectively as the executive, legislative and judicial capitals of the State.

Is it new for India?

Who has the power to form new capital? You will write this argument for now until final judgement comes.

The European Space Agency (ESA) has formally adopted Ariel, the explorer that will study the nature, formation and evolution of exoplanets. As of now the existence of more than 4,000 exoplanets is considered confirmed, while there are thousands of other candidate exoplanets that need further observations to say for certain if they are exoplanets.

Ariel, the Atmospheric Remote-sensing Infrared Exoplanet Large-survey, was selected as the fourth medium-class mission in ESA’s Cosmic Vision programme. During its 4-year mission, Ariel will study what exoplanets are made of, how they formed and how they evolve, by surveying a diverse sample of about 1000 extrasolar planets, simultaneously in visible and infrared wavelengths. It is the first mission dedicated to measuring the chemical composition and thermal structures of hundreds of transiting exoplanets, enabling planetary science far beyond the boundaries of the Solar System.

Planets that lie outside of the Solar System and orbit around stars other than the Sun are called exoplanets or extrasolar planets. Exoplanets are not easy to detect since they are much less bright than the stars they orbit and hence it is difficult to see them directly using telescopes.

If we are giving link of sites different from Hindus, Express, etc. it means, we have found same news with more clear explanation in other websites. 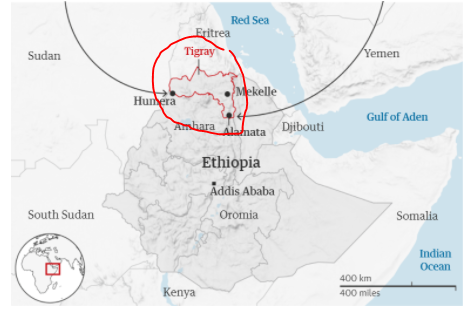 Read a small story of reason of crisis.