2 February each year is World Wetlands Day to raise global awareness about the vital role of wetlands for people and our planet. This day also marks the date of the adoption of the Convention on Wetlands on 2 February 1971, in the Iranian city of Ramsar on the shores of the Caspian Sea.

This year's theme for World Wetlands Day 'Wetlands and Water,' highlights the importance of wetlands as a source of freshwater and encourages action to restore them and stop their loss.

Ramsar Sites are the wetlands that have international importance. The term was coined when the International Treaty for the Conservation and Sustainable Use of Wetlands was signed at a city of Iran called Ramsar in 1971.

The Convention’s mission is “the conservation and wise use of all wetlands through local and national actions and international cooperation, as a contribution towards achieving sustainable development throughout the world”.

Under the three pillars of the Convention, the Contracting Parties commit to:

What do wetlands do?

Wetlands are being degraded and lost due to the increasing demands of the growing human population.

Over-exploitation of the remaining wetlands is increasingly threatening their capacity to provide essential services. To counter this, we must ensure the wise use of wetlands and of the water in them, restore degraded wetlands and create new ones if necessary, to regain the services we need.

How does the Convention work?

The Conference of the Contracting Parties (COP) meets every three years and promotes policies and guidelines to advance the objectives of the Convention.

Till today, total 13 COP meetings. India has hosted none.

China was officially accepted as the host for the 14th Meeting of the Conference of the Contracting Parties to the Ramsar Convention on Wetlands (COP14) to take place in the city of Wuhan in 2021. 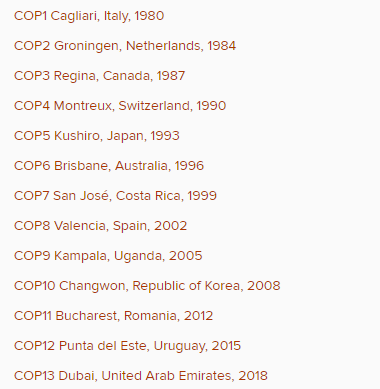 There are currently over 2,400 Ramsar Sites around the world.

If we talk about India,

India is a party to the Ramsar Convention. India signed under it on 1st February 1982. There are 42 Ramsar Sites in India.

In December 2020, the Tso Kar Wetland Complex was added to the list of Ramsar sites in India. This includes the high-altitude wetland complex of two connected lakes, Startsapuk Tso and Tso Kar, in Ladakh.

The following sites have been added as the recognized Ramsar Sites in India:

Parties continue to designate wetlands for inclusion in the List. They select suitable wetlands for designation by referring to the Criteria for identifying Wetlands of International Importance.

There is total nine criteria: 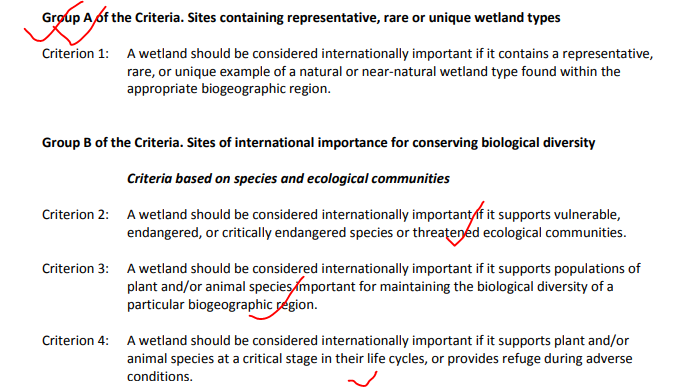 Once see full list of Indian Ramsar sites. Ok, we know, you won’t see. See below: 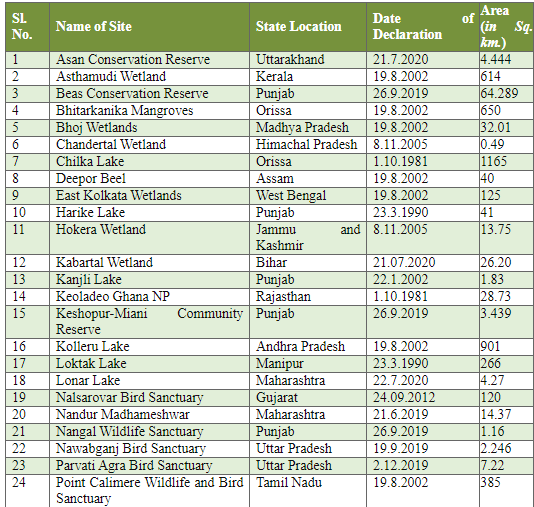 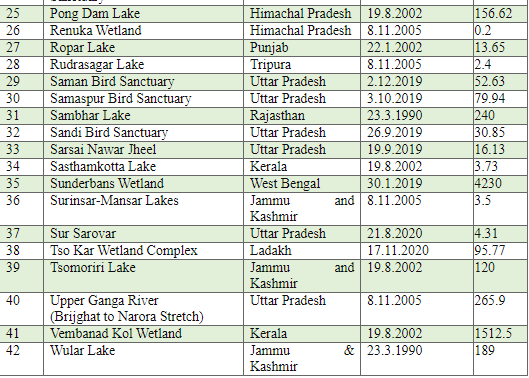 In a latest advancement in the emerging field of plant nanobionics — an experimental research that involves using electronic sensors on plants, engineers at the Massachusetts Institute of Technology (MIT) have managed to fit spinach plants with sensors that are capable of sending emails when toxic pollutants accumulate inside plants.

Microorganisms and bacteria present in the soil then break down this glucose, releasing more energy in the form of protons and electrons. This energy ultimately triggers a camera that takes a ‘selfie’ of the plant.

Such release of energy also leads the plant to function as a fuel cell, and theoretically a more promising, clean source of energy, especially for vehicles.

According to the ASI, it is the custodian of the Lingaraj shrine, which is protected under the Ancient Monuments and Archaeological Sites and Remains Act (AMASR Act). Local municipal officials did not take permission before carrying out the demolitions.

The State government had not sought any permission from the ASI to execute a beautification project, which is mandatory under the Ancient Monuments and Archaeological Sites and Remains Act (AMASR Act). 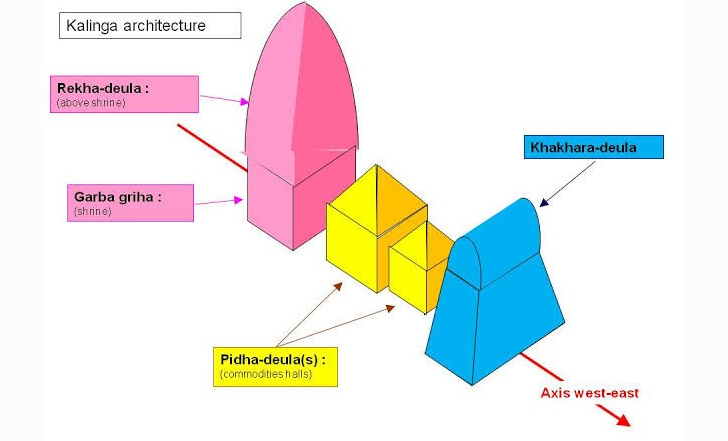 The temple is divided into four sections?Garbh Griha (sanctum sanctorum), Yajna Shala (the hall for prayers), Bhoga Mandap (the hall of offering) and the Natya Shala (hall of dance).

In the ‘Study of State Budgets Report – 2020’, the Reserve Bank of India (RBI) observed that lack of employment opportunities during lockdown has resulted in an increase in the work demanded under Mahatma Gandhi National Rural Employment Guarantee Act (MNREGA) during May-June’2020, compared to the same period in previous years. 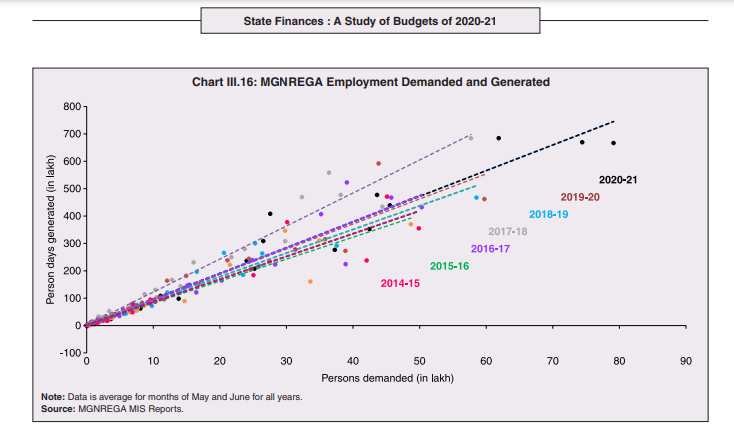 The increased demand under MNREGA & budgetary allocation indicated the government’s reliance on this scheme to provide rural employment in the face of unemployment as a result of the pandemic induced lockdown. Meanwhile, in the latest Budget 2021-22, the government reduced allocation under MNREGA for 2021-22 to Rs.73 thousand crores, down from the revised estimate of Rs. 1.11 lakh crores in 2020-21.

In this context, we take a look at the numbers relating to MGNREGA during the current financial year 2020-21 and analyses the trends in comparison to the previous years to understand how the MNREGA came to the rescue of the government to provide increased rural employment in the face of the pandemic induced lockdown. 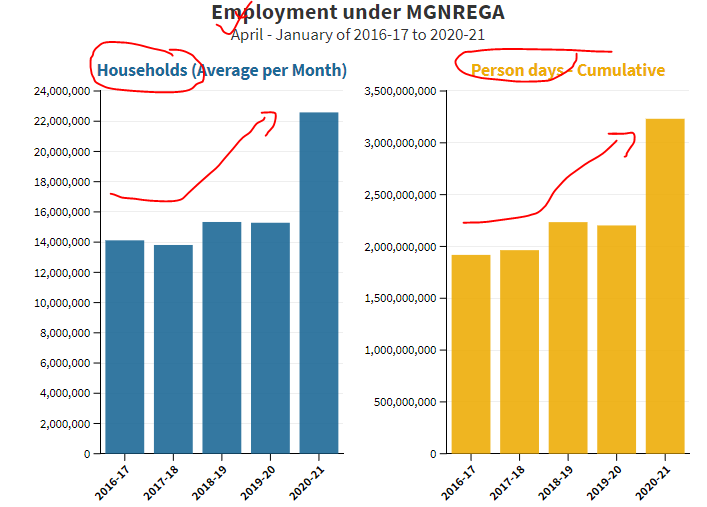 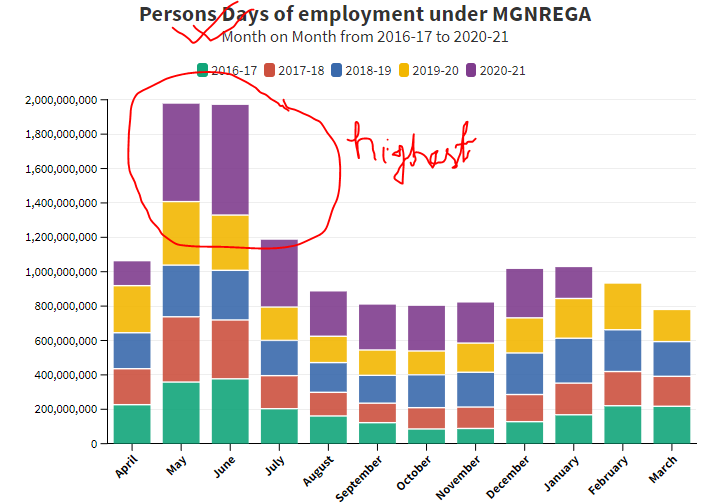 Now, since the government has reduced the budget, this could mean that the government anticipates a return to normalcy in employment levels and that the dependence on MGNREGA would reduce. But as per the current situation of the economy, it would be advisable for the Government to continue increased support under MGNREGA and create opportunities for more workdays at the household level till the situation improves.

Hope, you all know about MGNREGA

MGNREGA, which is the largest work guarantee programme in the world, was enacted in 2005 with the primary objective of guaranteeing 100 days of wage employment per year to rural households.  Secondly, it aims at addressing causes of chronic poverty through the 'works' (projects) that are undertaken, and thus ensuring sustainable development.  Finally, there is an emphasis on strengthening the process of decentralization through giving a significant role to Panchayati Raj Institutions (PRIs) in planning and implementing these works.