COVID-19 vaccine introduction is a unique landmark in the history of vaccination campaigns in public health in terms of the immunization and the scale of operations involved, hence requiring focused planning and implementation of immunization activities. Though production capacities are being maximized in order to ensure an adequate supply of COVID-19 vaccines, the task is herculean since billions of people have to be vaccinated in the shortest possible time as COVID-19 has already claimed about 3.8 million lives globally as of 09 June 2021.

Along with other supply side issues, Vaccine Wastage’ is biggest problem that countries have to deal with since such wastage has to be factored in forecasting needs.

The Indian Health Ministry made wastage of vaccine, one of the criteria for allocation of vaccines to states.

But what exactly is vaccine wastage? How does it occur and how can wastage be minimized?

Vaccine estimation is based on ‘Vaccine Wastage Rate’

Since wastage is defined as loss by use, decay, erosion or leakage or through wastefulness, it is wise to begin a discussion of wastage by considering vaccine usage. Vaccine wastage is directly related to vaccine usage. Usage is firmly established and generally acceptable practice or procedure. Since vaccines are designed to be administered to prevent certain diseases, vaccine usage can be defined as the proportion of vaccine issued which is administered, i.e.

Vaccine Wastage Factor indicates how much additional vaccine should be ordered

The wastage rate is used to determine the ‘wastage factor’ which is necessary to accurately plan vaccine needs. The vaccine wastage factor indicates how much additional vaccine should be ordered in order to allow for the given wastage rate and is calculated as 100 divided by the vaccine usage rate.

The ‘Vaccine Wastage Factor’ gives the authorities a fair idea of the additional doses to be ordered in order to cover the target population.

10% programmatic wastage of COVID-19 vaccine is taken in India

According to the Health Ministry’s guidelines on COVID-19 vaccination in India, the vaccine requirement will depend on the phase of vaccination and will also be impacted on the type of vaccine used in each phase for the next dose, considering the non-interchangeability of multiple vaccine types.

A Wastage Multiplication Factor (WMF) of 1.11 has been taken, assuming an allowable programmatic wastage of 10%. That is,

The Union Government is estimating the vaccines required considering at least 10 percent of programmatic wastage. This implies that if 100 vials are needed, the stock demand will be 110 vials under the assumption that 10 vials may get wasted. The wastage factor for vaccines against diphtheria, pertussis, and tetanus (DPT), Tetanus, Polio, Hepatitis-B, and Pneumococcal Conjugate Vaccine is also 10%, while that for BCG vaccine is 50%.

Vaccine wastage can occur in opened and unopened vials

In multi-dose vials, there can be a difference between the number of doses indicated on the vaccine label and the actual number of doses that can be withdrawn. This filling of extra dose of vaccine in each vial is done to facilitate administration of the correct number of doses. Judiciously withdrawing accurate vaccine doses from the vial after having withdrawn the indicated number of doses can help administer more doses.

For example, the state of Kerala had administered 7.42 million doses though the government had received only 7.34 million doses of vaccine, according to the Chief Minister’s tweet on 04 May 2021, because of extracting the extra dose from the vials.

So, extracting extra doses from a vial is critical in countries like India where a huge population has to be inoculated and in times when the supply is limited.

Inadequate planning, lack of experience or adequate training for vaccinating staff, poor cold storage and transportation facilities, and population turnout at vaccine facilities are some of the major factors that contribute to vaccine wastage. These are preventable and hence taking the necessary measures to address these problems will help reduce vaccine wastage.

The olive Ridley turtle is one of the five varieties of sea turtles found in Indian waters. They are listed as a ‘vulnerable’ species in the ‘Red List’ maintained by the International Union for the Conservation of Nature. They are also protected under Schedule 1 of the Indian Wildlife Protection Act, 1972.

This project has been launched by office of Principal Scientific Adviser to enable stakeholders who are working to augment India’s ability to meet surge in demand for medical oxygen.

Under Project O2 for India, a National Consortium of Oxygen is enabling the national level supply of critical raw materials such as zeolites, setting up of small oxygen plants, manufacturing compressors, final products, i.e., oxygen plants, concentrators, and ventilators. The consortium is not only looking forward to providing immediate to short-term relief but also working to strengthen the manufacturing ecosystem for long-term preparedness.

Zeolites are hydrated aluminosilicate minerals made from interlinked tetrahedra of alumina (AlO4) and silica (SiO4). In simpler words, they're solids with a relatively open, three-dimensional crystal structure built from the elements aluminium, oxygen, and silicon, with alkali or alkaline-Earth metals (such as sodium, potassium, and magnesium) plus water molecules trapped in the gaps between them.

China remains the leading producer, accounting for about a third of all-natural zeolites (300,000 tons). 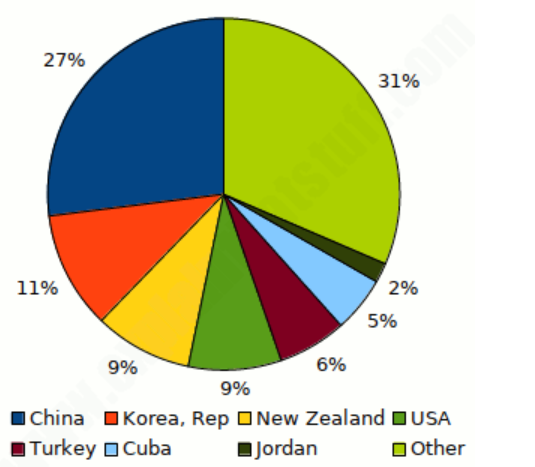 There are about 40 naturally occurring zeolites, forming in both volcanic and sedimentary rocks; according to the US Geological Survey, the most commonly mined forms include chabazite, clinoptilolite, and mordenite.

Porous crystalline structure of the zeolites plays very important role in its uses.

The National Geographic magazine has recognised the ‘Southern Ocean’ as the world’s fifth ocean June 8, 2021. 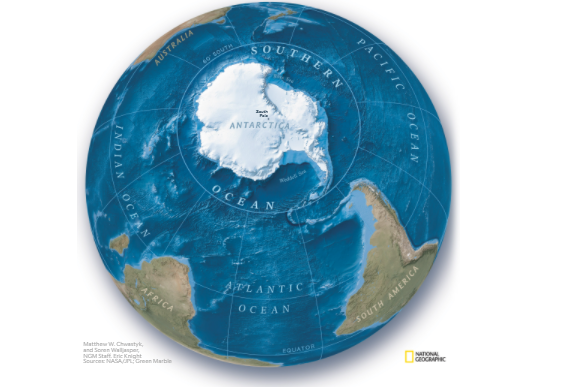 The magazine says the Southern Ocean is the only ocean ‘to touch three other oceans and to completely embrace a continent rather than being embraced by them’. Its northern limit is a latitude of 60 degrees south.

It is also defined by its Antarctic Circumpolar Current (ACC) that was formed 34 million years ago. The ACC flows from west to east around Antarctica, in a broad fluctuating band roughly centered around a latitude of 60 degrees south—the line that is now defined as the northern boundary of the Southern Ocean. 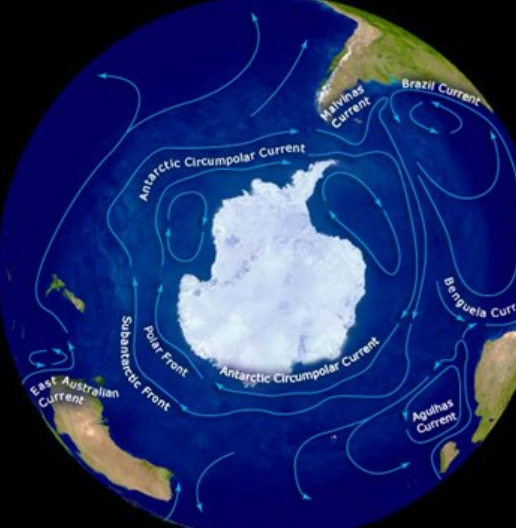 Inside the ACC, the waters are colder and slightly less salty than ocean waters to the north. Extending from the surface to the ocean floor, the ACC transports more water than any other ocean current. It pulls in waters from the Atlantic, Pacific, and Indian Oceans, helping drive a global circulation system known as the conveyor belt, which transports heat around the planet. Cold, dense water that sinks to the ocean floor off Antarctica also helps store carbon in the deep ocean. In both those ways, the Southern Ocean has a crucial impact on Earth’s climate.

The Southern Ocean is home to large populations of whales, penguins and seals. What’s more, the Southern Ocean has ecological effects elsewhere as well. Humpback whales, for example, feed on krill off Antarctica and migrate far north to winter in very different ecosystems off South and Central America. Some seabirds migrate in and out too. The largest marine protected area (MPA) in the world was established in the Ross Sea off West Antarctica in 2016.  A number of organizations are working to set aside more MPAs to protect the Southern Ocean’s most critical feeding grounds, for example off the Antarctic Peninsula.

Wait for its formal recognition by every organization.

We will paste here everything relevant for Gold Bond Scheme. Go through it. Very small points in columns. Once you read, no need to read anything then. 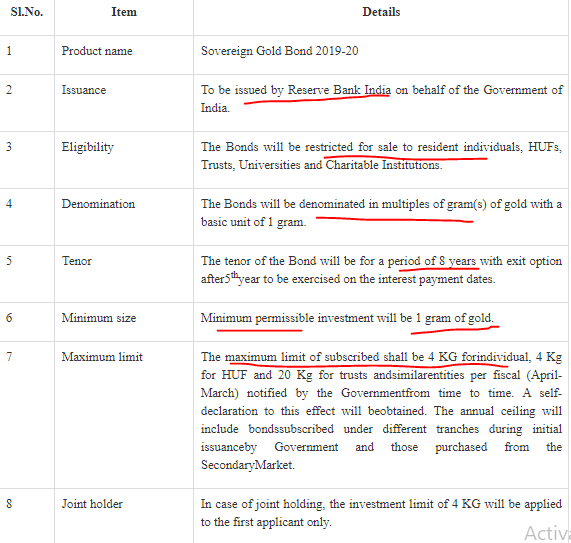 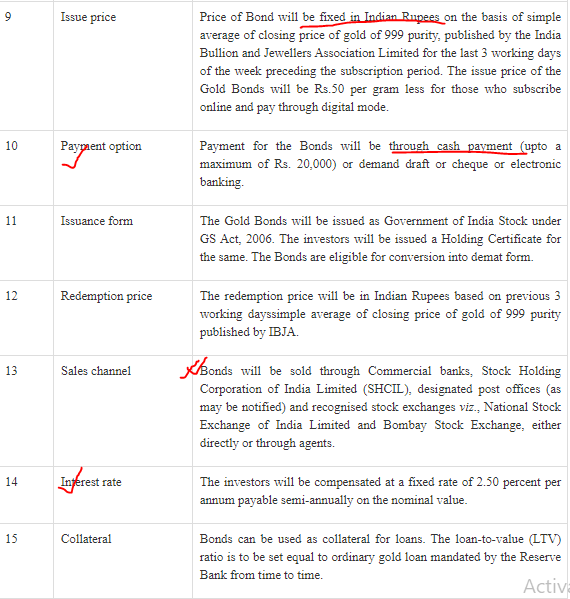 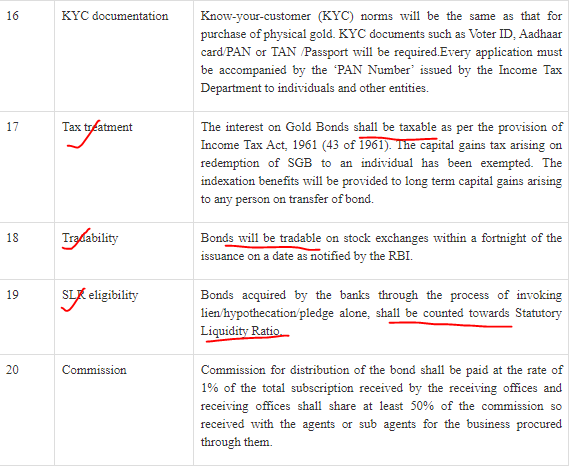