India also has rich deposits of rare earths, which remain largely untapped. India’s reserves of rare earths, nearly 6.9 million tonnes, are the fifth largest in the world, nearly twice as much as Australia. 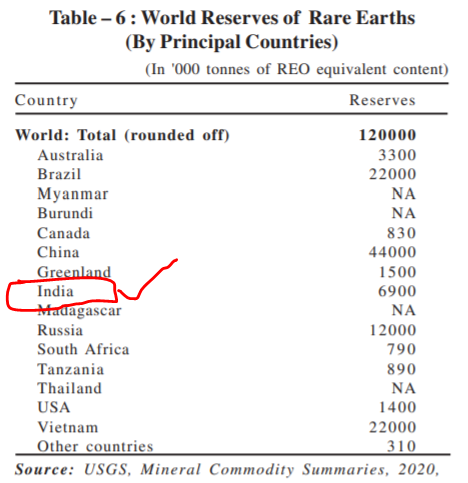 The largest feasible deposits for light rare earth elements (LREE) in India are to be found in beach sands (monazite). Monazite deposits are located primarily in the coastal states of West Bengal, Kerala, Tamil Nadu, Odisha, and Andhra Pradesh. 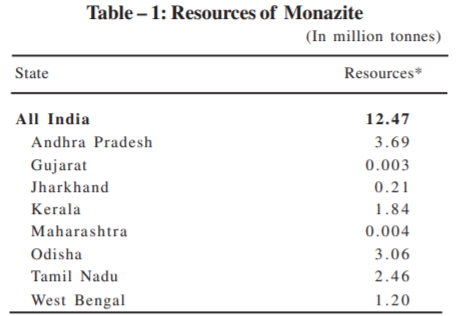 "Rare earths" are a group of 17 chemically similar elements crucial to the manufacture of many hi-tech products. Despite their name, most are abundant in nature but are hazardous to extract. Most "rare earth" elements have uses in several different fields, as well as those listed below. Few of them: 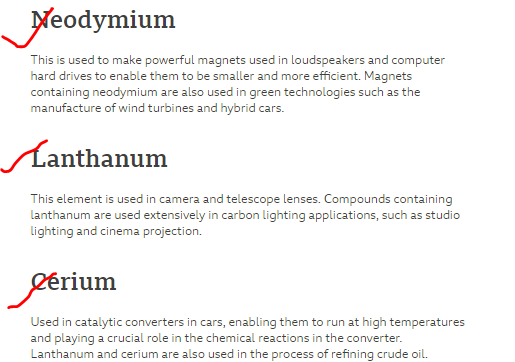 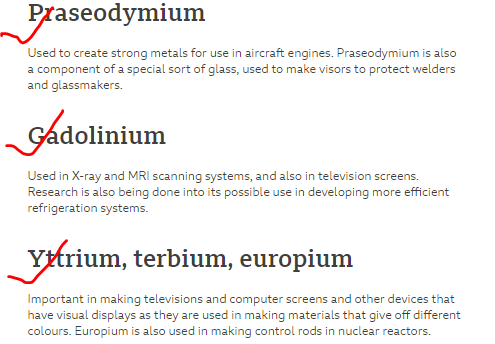 Usage of REE in industries in India.

Country wise production: China’s dominance in the rare earth metals, key to the future of manufacturing, is posing a major concern for the West. 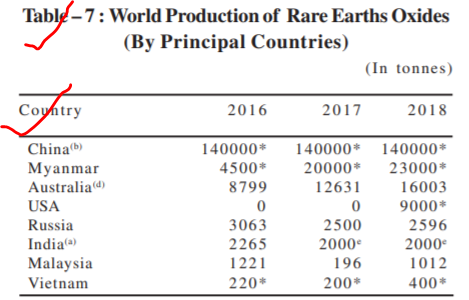 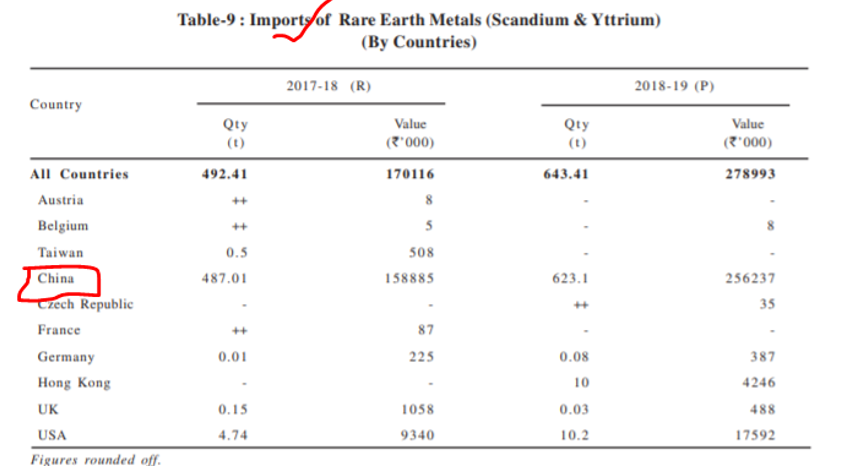 Rare earth compounds found in ore are converted into economically viable forms through a series of electrochemical processes: Upstream and Downstream.

Upstream processes do not require a great deal of technological sophistication to perform and are conducted in a number of countries. After mining, the raw ore is put through a chemical or physical “sieve” to remove other compounds, resulting in a rare earth concentrate. These processes are referred to as “upstream processes.

Downstream processes are more energy and capital intensive but result in the most valuable products. Rare earth concentrates are treated with chemicals and heat to produce rare oxides; these then undergo further extraction and alloying to produce metals. 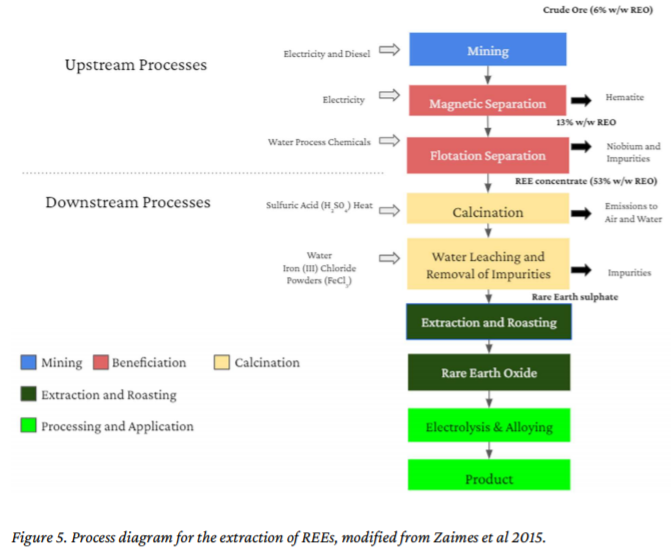 Hallmarking on gold jewellery and related items is set to become mandatory from 15 June after the government extended the earlier June 1 deadline in view of the Covid-19 pandemic. While gold hallmarking is currently voluntary in India and not a requirement, the move by the government aims to ensure gold consumers are not cheated by sellers.

Hallmarking is regulated by Bureau of Indian Standards (BIS).

What are the purities of gold jewellery that can be hallmarked?

Gold jewellery of 14 carat, 18 carat and 22 carats can only be hallmarked and sold.

What will happen to the jewellery for import?

The jewellery of 14, 18 and 22 carats only may be imported in India and can sold by registered jeweller after it is assayed and hallmarked by a BIS recognized hallmarking centre.

Is the mandatory hallmarking order applicable to gold bullion and coins also?

No, the order is applicable for gold jewellery and artefacts only.

What are the provision of penalty for misuse of hallmark as per BIS Act, 2016?

As per section 29 of BIS Act, 2016, any person who contravenes the provisions shall be punishable with imprisonment for a term which may extend to one year or with fine which shall not be less than one lakh rupees, but may extend up to five times the value of goods or articles produced or sold or offered to be sold or affixed or applied with a Standard Mark including Hallmark, or with both.

Why Hallmarking is important?

Hallmarking will enable Consumers/Jewellery buyers to make a right choice and save them from any unnecessary confusion while buying gold. At present, only 30% of Indian Gold Jewellery is hallmarked.

The Hallmarking of jewellery/artefacts is required to enhance the credibility of gold Jewellry and Customer satisfaction through third party assurance for the marked purity/fineness of gold, consumer protection. This step will also help to develop India as a leading gold market center in the World.

According to World Gold Council, India has around 4 lakh jewellers, out of this only 35879 have been BIS certified.

The Generalized System of Preferences (GSP), instituted in 1971 under the aegis of UNCTAD, has contributed over the years to creating an enabling trading environment for developing countries.

Difference between GSP and MFN:

The concept of GSP is very different from the concept of "most favored nation" (MFN). MFN status provides equal treatment in the case of tariff being imposed by a nation but in case of GSP differential tariff could be imposed by a nation on various countries depending upon factors such as whether it is a developed country or a developing country. Both the rules come under the purview of WTO.

Benefits of Generalized System of Preference

In one of its initiatives to encourage the manufacturing industry in India, Council of Scientific and Industrial Research-Central Scientific Instruments Organisation (CSIR-CSIO) has developed and transferred the technology of Precision Iodine Value Analyzer (PIVA), an instrument for the measurement of the degree of unsaturation (iodine value) in vegetable oils.

This new development is a part of the ongoing effort to strengthen the food testing capabilities by introducing quick and advanced food testing kits. This is the newest addition to the approved kits / equipment approved by FSSAI for rapid food testing.

FSSAI is the authority:

The Food Safety and Standards Authority of India (FSSAI) is committed to support and promote this ambitious campaign and has introduced a policy for approval of indigenously developed rapid food testing kits/equipment/methods.

FSSAI has published a Regulation in the Gazette, namely “Food Safety and Standards (Laboratory and sample Analysis) First Amendment Regulations, 2020”. This step will ensure that indigenously developed kits/ equipment for food testing are validated and approved under the FSSAI regulations on a fast-track basis.

Establishment of the Authority

See this question of UPSC: