The establishment of the ASEAN Defence Sectoral body:

The 2nd ASEAN Defence Ministers’ Meeting (ADMM) in 2007 at Singapore adopted a resolution to establish the ADMM-Plus.

The first ADMM-Plus was convened at Hanoi, Vietnam in 2010. Brunei is the Chair of the ADMM Plus forum for the year 2021. 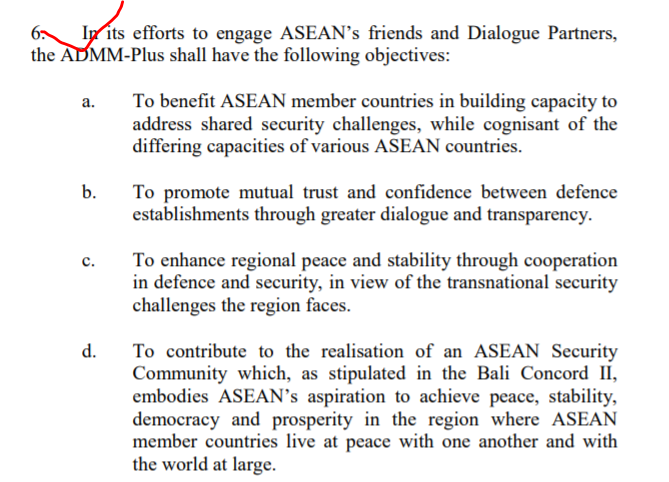 The ASEAN Defence Ministers’ Meeting (ADMM) is the highest defence consultative and cooperative mechanism in ASEAN. The ADMM aims to promote mutual trust and confidence through greater understanding of defence and security challenges as well as enhancement of transparency and openness.

The Cabinet Committee on Economic Affairs chaired by Prime Minister Shri Narendra Modi, has approved the proposal of Ministry of Earth Sciences (MoES) on "Deep Ocean Mission", with a view to explore deep ocean for resources and develop deep sea technologies for sustainable use of ocean resources.

Deep Ocean Mission with be a mission mode project to support the Blue Economy Initiatives of the Government of India.

Ministry of Earth Sciences (MoES) will be the nodal Ministry implementing this multi-institutional ambitious mission.

Development of Technologies for Deep Sea Mining, and Manned Submersible: A manned submersible will be developed to carry three people to a depth of 6000 metres in the ocean with suite of scientific sensors and tools.

Development of Ocean Climate Change Advisory Services: A suite of observations and models will be developed to understand and provide future projections of important climate variables on seasonal to decadal time scales under this proof-of-concept component. This component will support the Blue Economy priority area of coastal tourism.

Technological innovations for exploration and conservation of deep-sea biodiversity: Bio-prospecting of deep-sea flora and fauna including microbes and studies on sustainable utilization of deep-sea bio-resources will be the main focus. This component will support the Blue Economy priority area of Marine Fisheries and allied services.

Deep Ocean Survey and Exploration: The primary objective of this component is to explore and identify potential sites of multi-metal Hydrothermal Sulphides mineralization along the Indian Ocean mid-oceanic ridges. This component will additionally support the Blue Economy priority area of deep-sea exploration of ocean resources.

Energy and freshwater from the Ocean: Studies and detailed engineering design for offshore Ocean Thermal Energy Conversion (OTEC) powered desalination plant are envisaged in this proof-of-concept proposal. This component will support the Blue Economy priority area of off-shore energy development.

The technologies required for deep sea mining have strategic implications and are not commercially available. Hence, attempts will be made to indigenise technologies by collaborating with leading institutes and private industries.

For Mains: You can start your answer or conclude with these points.

The Blue Dot Network first came to public light at the Indo-Pacific Business Forum in Bangkok during the 35th ASEAN summit in 2019 hosted by Thailand.

US’ International Development Finance Corporation (DFC) along with the Japanese Bank for International Cooperation and Australia’s Department of Foreign Affairs and Trade launched an infrastructure initiative to “boost transparency and sustainability”. 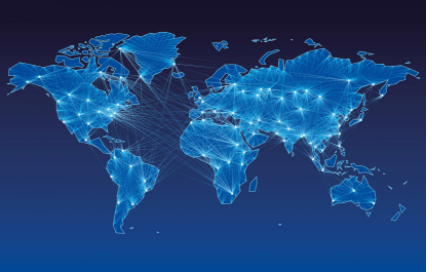 The participating members will approve such projects that qualify standards of excellence put up by the network keeping in mind global principles.

At the core of the project lies the development of a certification mechanism to identify and distinguish “quality infrastructure projects that demonstrate and uphold robust standards for development”.

This certificate will act as proof of “quality assurance” and further promote private investments.

Organization for Economic Cooperation and Development (OECD), an intergovernmental body with 38 member countries, is the technical partner of the BDN.

What are the principles underlying the Blue Dot Network?

The Blue Dot Network vision uses as its foundation established global infrastructure principles set out in the G20 Principles for Quality Infrastructure Investment, the G7 Charlevoix Commitment on Innovative Financing for Development, and the Equator Principles.

Should India Be Part of Blue Dot Network?

According to analysts, the Blue Dot Network could offer a unique opportunity to India in the post-Galwan Valley scenario. New Delhi, which had largely positioned itself as an anti-BRI nation, could find the US-led initiative attractive and in sync with the QUAD concept.

India opposes BRI as it not only overlooks the “sovereignty and territorial integrity” of other countries but also ignores universally guided norms that ensure “openness” and “equality” in the region.

BDN’s main feature is that it follows a project-based investment approach rather than the country-based engagement that the BRI conducts, which has promoted debt traps.

India has to look upon such things and take a positive step. 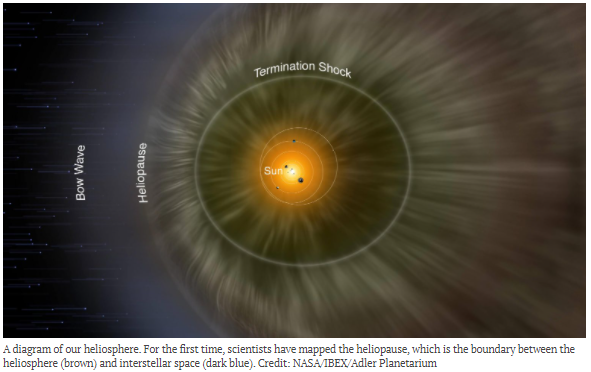 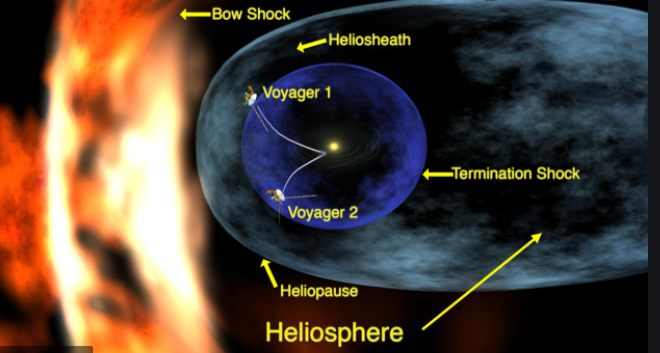 Heliosphere, created by sun, is a vast bubble-like region of space surrounding the sun. It is a cavity formed by Sun in surrounding interstellar medium. Bubble of heliosphere is continuously inflated by solar winds. The solar plasma provides a way to interstellar plasma, outside the heliosphere, permeating Milky Way galaxy. Radiation levels inside and outside the heliosphere differs. Galactic cosmic rays are less abundant it. Thus, planets inside are partly shielded from their impact. Heliosphere is the area under influence of Sun. Its edge is decided by heliospheric magnetic field and solar wind from Sun.