In 2020, bilateral trade between India and the UK was worth > £ 18 billion (US$ 24.79 billion), with India being the UK's second-biggest resource of investment in terms of project volume. ~ 0.5 million employees are backed by Indian and British investments in each other's market.

In May 2021, Prime Minister, Mr. Narendra Modi and Prime Minister, Mr. Boris Johnson announced their aspiration to double the UK-India trade value over the next decade as well as a mutual aim to commence work towards discussions on a comprehensive free trade agreement (FTA). The first Financial Markets Dialogue would boost ties on financial services and build new prospects for the UK and Indian businesses.

On July 14, the European Commission will release details of its proposed ‘carbon border adjustment mechanism’ (CBAM).

We will see in brief, what it means?

The European Union (EU) is in the process of establishing a carbon border adjustment mechanism (CBAM), in the context of the European Green Deal.

The CBAM would place a carbon price on imports of certain goods from outside the EU, as a way to reduce the risk of “carbon leakage”.  There is concern that the mechanism could lead to an unfair burden being placed on LDCs, unless there were an exemption.

India has been under international pressure to rapidly phase out coal and scale up the installation of renewable power systems.

A latest study finds that close to 40 percent of districts in India have some form of coal dependency as they are either home to coal workers or pensioners, collect funds under the District Mineral Foundation (DMF) or are benefitting from coal mining companies spending billions of rupees under the Corporate Social Responsibility (CSR) programmes.

So, if we close coal, where these people will go. We have to think about their settlement too. 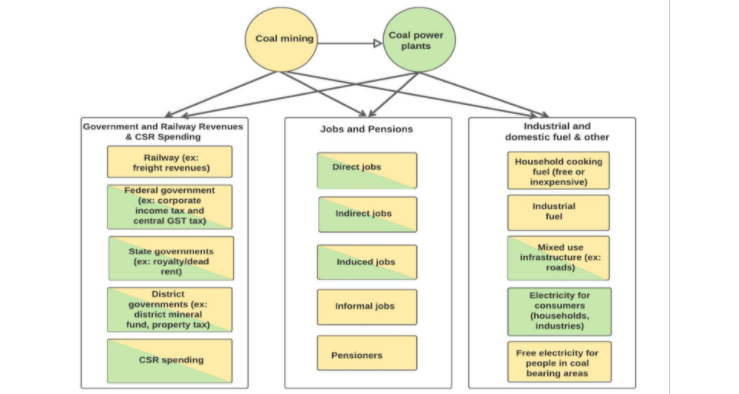 The concept of ‘Just Transition’ from coal to clean energy has gained pace across the world with many governments and international organisations formulating strategies to help fossil fuel workers and their communities navigate such a transition in a fair manner.

For India, the issue is critical as the country is trying to increase its domestic coal production as well as step up the installation of renewable power. Experts have, however, said that the increase in coal mining is not in conformity with India’s climate goals and will increase the coal dependency, making the implementation of just transition harder. 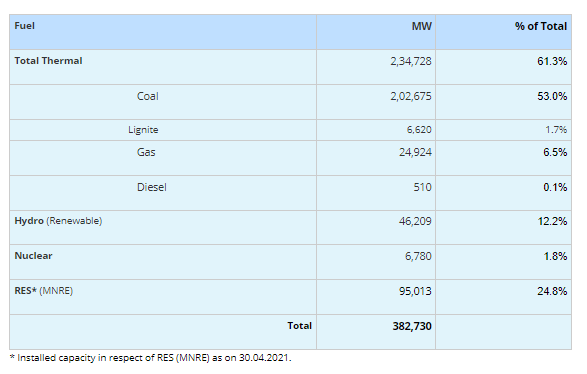 The hypothesis is a conjecture made by renowned German mathematician Georg Friedrich Bernhard Riemann in a paper in 1859. It is related to the distribution of prime numbers, which are integers divisible just by themselves and by 1.

While the distribution does not follow any regular pattern, Riemann believed that the frequency of prime numbers is closely related to an equation called the Riemann Zeta function.

Building on the Prime Number Theorem, Riemann’s hypothesis makes exact predictions on the pattern of distribution of prime numbers. But for now, it is only a conjecture. The conjecture states that all non-trivial zeros of the zeta function occur on a single straight line — the so-called critical line — of the complex plane.

Such is the complexity of this problem, that it is considered the ‘holy grail of mathematics’.

What are the problems if hypothesis is proved?

The Central Board of Indirect Taxes & Customs (CBIC) has inaugurated the online filing of Authorised Economic Operators (AEO).

The new version (V 2.0) of the web application is designed to ensure continuous real-time and digital monitoring of physically filed applications for timely intervention and expedience.

AEO is a programme under the aegis of the World Customs Organization (WCO) SAFE Framework of Standards to secure and facilitate Global Trade.

Is AEO mandatory for businesses involved in the supply chain?

No. The AEO scheme is purely an optional scheme. Applying for AEO status is a business decision de - pending on the role of the business entity in the supply chain and its willingness to acquire the benefit flowing by acquiring AEO status

Under this programme, an entity engaged in international trade is approved by Customs as compliant with supply chain security standards and granted AEO status & certain benefits.

What is the aim of the Indian Customs AEO Programme?

The AEO programme has the following objectives:

In June 2005 the WCO Council adopted the Framework of Standards to Secure and Facilitate Global Trade (SAFE Framework) that would act as a deterrent to international terrorism, to secure revenue collections and to promote trade facilitation worldwide.

It prescribes baseline standards that have been tested and are working well around the globe.