Precision farming is an approach where inputs are utilized in precise amounts to get increased average yields, compared to traditional cultivation techniques. In India, one major problem is the small field size. More than 58 per cent of operational holdings in the country have size less than one hectare (ha).

Sustainable PA is this century’s most valuable innovation in farm management that is based on using Information and Communication Technologies (ICTs). This is the most recent innovation technology based on sustainable agriculture and healthy food production and it consists of profitability and increasing production, economic efficiency and the reduction of side effects on the environment.

Technologies include a vast array of tools of hardware, software and equipment

The policy approach to promote precision farming at farm level :

Note: All information is taken from Indian Bureau of Mines 2019 released by Government of India.

Diamond occurs in two types of deposits, primarily in igneous rocks of basic or ultrabasic composition and in alluvial deposits derived from the primary sources.

Diamond has a high refractive index and strong dispersion which gives it exciting brilliance when cut as a faceted stone. Gem diamonds are transparent and colourless or show faint shades of different colours.

India is known for its diamond cutting & polishing business especially for small sized diamonds. Most of the world's diamond cutting and polishing business comes to India, particularly to Surat in Gujarat. India depends largely on imports of rough gem diamonds for its Cutting and Polishing Industry as there is no notable production except for two producers in Madhya Pradesh whose limited production is too sparse to meet the Cutting and Polishing Industry's requirements. 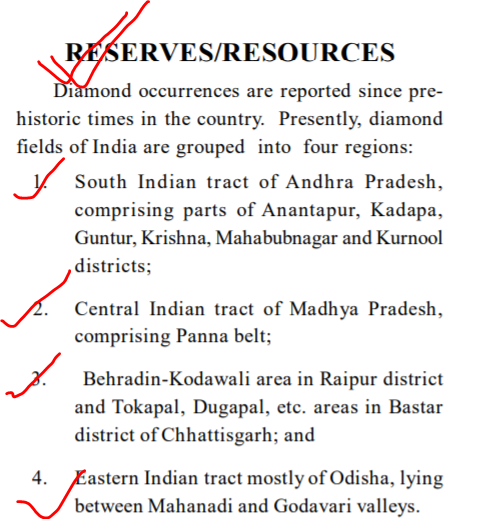 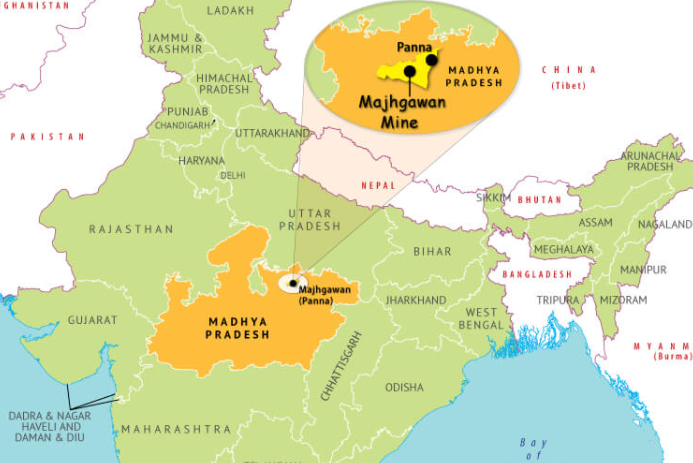 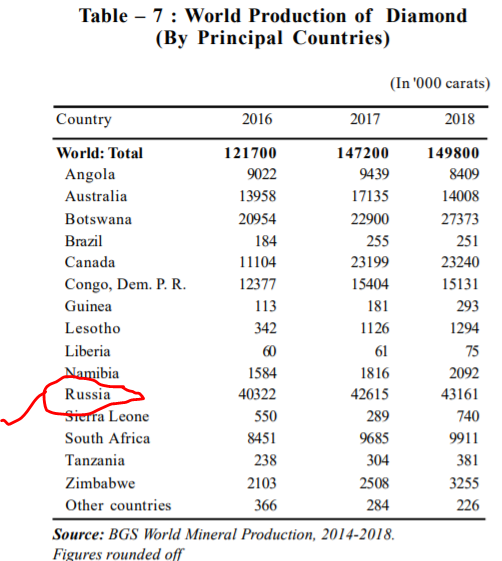 The concept of planetary boundary

The planetary boundary is a novel concept developed and published by the international team of 18 researchers in the year 2009. According to the paper, there are nine planetary boundaries, and they are as follows,

The stability of our planet earth is mainly due to these nine processes. These elements are the reason, our planet is intact. Any change in this would greatly affect our planet, and in turn, us.

Four of nine planetary boundaries: climate change, loss of biosphere integrity, land system change, altered biogeochemical cycles (phosphorus and nitrogen), have crossed the tipping point due to unfavorable human activities. Two of these, climate change and biosphere integrity, are core boundaries. Any change in these two would drive the Earth System into a new state.

Planetary Boundaries do not dictate how human societies should develop but they can aid decision-makers by defining a safe operating space for humanity.

Article 311 of the Constitution deals with ‘Dismissal, removal or reduction in rank of persons employed in civil capacities under the Union or a State’.

Article 311(2): no civil servant can be “dismissed or removed or reduced in rank except after an inquiry in which he has been informed of the charges and given a reasonable opportunity of being heard in respect of those charges’’.

Article 311(2)(a): The safeguard of an inquiry also does not apply in cases of conviction on a criminal charge.

Article 311(2)(b): The safeguard of an inquiry also does not apply “where the authority is satisfied that for some reason, to be recorded by that authority in writing, it is not reasonably practicable to hold such inquiry”.

Article 311(2)(c): It also shall not apply “where the President or the Governor, as the case may be, is satisfied that in the interest of the security of the State it is not expedient to hold such inquiry”.

The only available remedy to terminated employees is to challenge the government’s decision in the High Court.