Section 22 of the Food Safety and Standards Act, 2006 defines “Proprietary Food” as an article of food for which standards have not been specified but is not unsafe, provided that such food does not contain any of the foods and ingredients prohibited under this Act and regulations made thereunder.

What is the problem:

Many products which have stringent vertical standards (explained below) or have restrictions or prohibitions attached or specific packaging or labelling requirements tend to be closely duplicated under Proprietary Foods. There is no mandate for Proprietary foods to comply with vertical standards and they are tested only for horizontal standards of the nearest food category. The diversion towards Proprietary Foods is due to lack of explicit laws/guidelines on the subject and loose compliance requirements, due to which it has the risk of being put to wrong use by circumventing such stringent provisions under the standardized food products category by taking license under Proprietary Foods.

For instance, Honey with Ashwagandha can be allowed as a Proprietary Food, however, there is no requirement that the product should comply with the vertical standards of Honey as such.

At the same time, there is a need to facilitate use of standardized additives to food products without forcing manufacturers to apply for proprietary food licenses.

In order to resolve the above-mentioned issues, the concept of Conditional Licensing is proposed:

There is total six principles:

The Principles for Responsible Investment were developed by an international group of institutional investors reflecting the increasing relevance of environmental, social and corporate governance issues to investment practices.

The six Principles for Responsible Investment are a voluntary and aspirational set of investment principles that offer a menu of possible actions for incorporating ESG issues into investment practice.

In Madhya Pradesh, Gwalior and Orchha cities have been selected by UNESCO under ‘Historic Urban Landscape Project’ for the inclusive and well-planned development of fast-growing historical cities while preserving the culture and heritage.

Six cities of South Asia, including Ajmer and Varanasi in India are already involved in this project. Orchha and Gwalior have been included as the 7th and 8th cities. The development and management plan of these cities will be prepared by UNESCO.

The cities will be jointly developed by UNESCO, Government of India and Madhya Pradesh by focusing on their historical and cultural improvement.

It was adopted in 2011 at UNESCO’s General Conference.

On the basis of the nominations presented by Member States, the Secretary General has decided to appoint the following persons to the Committee of Experts on International Cooperation in Tax Matters, for a term ending on 30 June 2025. One member is:

The Committee guides countries’ efforts to advance stronger and more forward-looking tax policies adapted to the realities of globalised trade and investment, an increasingly digitalised economy and worsening environmental degradation.

It assists countries in their efforts to prevent double or multiple taxation as well as non-taxation, broaden their tax base, strengthen their tax administrations, and curb international tax evasion and avoidance.

The UN Tax Committee fosters international cooperation on domestic and international tax matters and works closely with observers from government, civil society, business and academia, to develop guidance and encourage an inclusive setting of norms and policies.

The Mekong-Ganga Cooperation (MGC) is an initiative by six countries – India and five ASEAN countries, namely, Cambodia, Lao PDR, Myanmar, Thailand and Vietnam for cooperation in tourism, culture, education, as well as transport and communications. It was launched in 2000 at Vientiane, Lao PDR.

Both the Ganga and the Mekong are civilizational rivers, and the MGC initiative aims to facilitate closer contacts among the people inhabiting these two major river basins. The MGC is also indicative of the cultural and commercial linkages among the member countries of the MGC down the centuries. 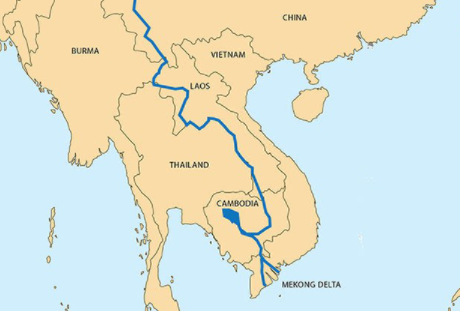 The Mekong region is very important for India's 'Act East Policy' for strengthening its economic integration with Southeast and East-Asian countries. India has accorded high priority to economic engagement with the MGC countries, working towards establishing seamless physical and digital connectivity, as well as capacity building under the Initiative for ASEAN Integration and Narrowing the Development Gap.