In the past few months, the Supreme Court of India (SC) & other High Courts have come down heavily on TV news channels for broadcasting hate-fuelled or unethical programmes. These judgments & observations highlight the need for laying down clear guidelines and their effective implementation for TV channels or broadcast media. Let’s take a look at these observations and the current situation of TV channels’ regulation in India.

Judgments highlighting the need for effective regulation of TV channels

In the case of Konan Jodio Ganstone, et al. vs the State of Maharashtra, the Aurangabad bench of the Bombay High Court quashed FIRs against 29 foreign nationals of Tablighi Jamaat who were booked under various sections of IPC, Epidemic Diseases Act, etc. for alleged violations of visa norms.

The court strongly criticized the Indian media by noting that “There was big propaganda in print and electronic media against the foreigners who have come to Markaz Delhi and an attempt was made to create a picture that these foreigners were responsible for spreading COVID-19 virus in India. There was virtually persecution against these foreigners.” 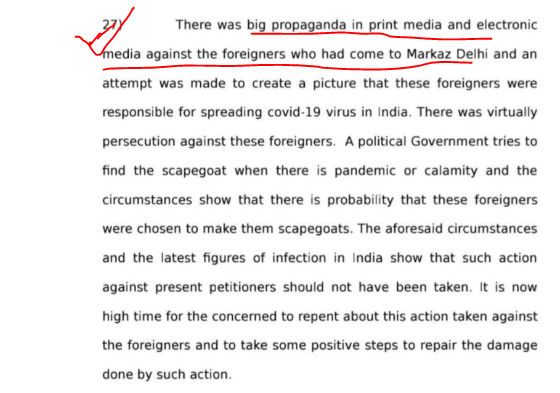 In the on-going case against Sudarshan TV, Firoz Iqbal Khan vs Union of India & Ors., the Supreme Court made important remarks in open court against content that promotes hatred. The news channel ‘Sudarshan TV’ broadcasted a program that claimed Muslim youth qualifying for recruitment to Indian Civil Services was another form of ‘jihad’. The judgment noted that it cannot allow such insidious comments in the name of freedom of the press that is used to vilify a particular community and disturb the harmony in the country.

Regulations in Print and Broadcast Media

Existing legislations and their implications

In the past, the government has made a few attempts at regulating the media.

Other forms of news outlets, either electronic or digital do not come under the purview of PCI.

After noting that this redressal mechanism already existed, the Supreme Court directed the government to raise awareness and formalise the process by creating a statuary framework under section 22 of the Cable TV Act, which lays down the provision that the government is empowered to make rules pertaining to the Programme Code for all kinds of broadcasting channels. However, this recommendation is yet to be implemented. Hence, currently, the statuary regulatory framework under the Cable TV Act is not sufficient.

US Puts India on Currency Watchlist

What does it mean?

This is a label given by the US government to countries it feels are engaging in “unfair currency practices” by deliberately devaluing their currency against the dollar.

The practice would mean that the country in question is artificially lowering the value of its currency to gain an unfair advantage over others. This is because the devaluation would reduce the cost of exports from that country and artificially show a reduction in trade deficits as a result.

To be labeled a manipulator by the U.S. Treasury, countries must at least have a $20 billion-plus bilateral trade surplus with the U.S., foreign currency intervention exceeding 2% of gross domestic product and a global current account surplus exceeding 2% of GDP.

The Treasury also said its “monitoring list” of countries that meet some of the criteria has hit 10, with the additions of Taiwan, Thailand and India. Others on the list include China, Japan, Korea, Germany, Italy, Singapore and Malaysia.

Now before proceeding, it is very important to know what actually we understand by term Devaluation.

Whenever in the economy demand for dollar increases, Devaluation occurs

For example, 1$ = 10rs. Now if demand for dollar increases and RBI feels now there is a threat to Forex reserve (as more dollars are going out due to demand), RBI will change the equation, i.e., 1$= 11rs (from 10).

It means now for one dollar you have to pay 11 Rs (before you were paying only 10 Rs). So, the demand for dollar will decrease (as you have to pay now 11 instead of 10) and economy will stabilize.

Now link this with current scenario. What we are observing now is fall in rupee and has crossed 70. It means, before it was 1$= 67(approx.), now it has become 1$= 70. It means devaluation has taken place.

Devaluation is good for exporters. Don’t worry. We will explain HOW???

About Quality Council of India:

Quality Council of India (QCI) was set up in 1997 by Government of India jointly with Indian Industry as an autonomous body under the administrative control of the Department for Promotion of Industry and Internal Trade (DPIIT) to establish and operate the National Accreditation Structure for conformity assessment bodies; providing accreditation in the field of education, health and quality promotion. 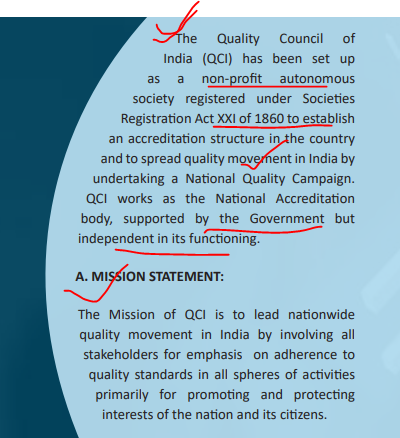 QCI is governed by a Council comprising of 38 members including the Chairman and Secretary General. The Council has an equal representation of Government, Industry and other Stakeholders. The composition of the Council is: -

Chairman (Nominated by Prime Minister of India): The Chairperson, QCI is a non-executive head of the organization and Chairs the Governing Council and the Governing Body of QCI.

It does not get funded by the government and is a self-sustaining non-profit organization with its own Memorandum of Association (MOA) and Rules.

Something just for Mains:

"My definition of national prosperity index is equal to GDP including quality of life for all coupled with value system. It is essential to ensure that all the citizens are empowered with good quality of life encompassing nutritious foods, good habitat, clean environment, affordable health care, quality education with value system and productive employment leading to the comprehensive qualitative development of the nation.

There is a strong urge in our society to come out of century old "Developing Country" brand name to "Developed Country" status. To become developed country, we must have competitive edge in the international market. Quality is very essential to achieve this. We must use competition as an opportunity to improve our quality and to transform a technology importer to technology exporter".

Monoculture farming means that on a given agricultural land is grown only one species of a crop at a time. If two or more species are sown in the field together (for example beans and corn), it is not a monoculture but a polyculture system.

It is important to know that we still call it monoculture even if this single crop species is replaced by a different crop in the next growing season.

In many parts of the world, biodiverse agricultural landscapes have been, or are being, replaced by large areas of monoculture, farmed using large quantities of external inputs such as pesticides, mineral fertilizers and fossil fuels.

Why monoculture is advantageous?

Why monoculture is a problem?

Continuous monoculture, or “monocropping” where the same species is grown year after year, can lead to unsustainable environments such as building up disease pressure and reducing particular nutrients in the soil.

If a single variety is widely grown, a pest or disease to which it lacks resistance can lead to a dramatic fall in production. If livelihoods are heavily dependent on the species in question, the effects can be disastrous. Examples:

So, we need to diversify: Why?

Also, “crop diversification, including rotation and intercropping and the use of diverse forage plants in pastureland, can reduce pest damage and weed invasions.”

An online survey has shown that as the country readies to implement its COVID-19 vaccination programme, vaccine hesitancy could be an issue that the government needs to address forthwith.

What is Vaccination Hesitancy?

Vaccine hesitancy is defined by WHO as a “delay in acceptance or refusal of vaccines despite availability of vaccination services”. It was one of 10 threats to global health this year.

It is influenced by factors such as complacency, convenience and confidence. 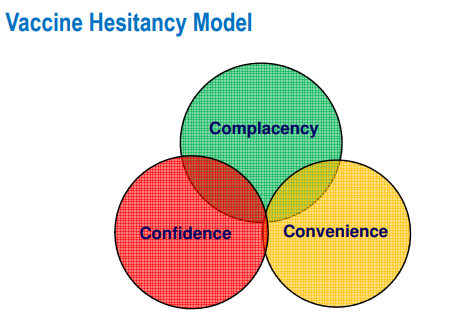