Warm and humid weather plays a major role in accelerating the weathering process of rocks, breaking them down faster, a new study has found.

The study by researchers at the University of North Carolina, US, published in the Geophysical Research Letters journal in December, was undertaken by “listening” to acoustic emissions from naturally cracking rock over many years.

Understanding the impact of a warming world on weathering of rocks is important as rocks play a crucial role in trapping carbon for millions of years. This is a part of the carbon cycle on earth, where carbon takes about 100 to 200 million years to move between rocks, soil, water and atmosphere.

Weathering is the natural process of breakdown of rocks into smaller pieces and minerals. The slow phenomenon is an ongoing process over millions of years, leading to formation of soil and sand. The process also releases carbon.

Weathering is of two kinds — mechanical weathering, where a rock is merely broken into smaller pieces without changing its composition, and chemical weathering where something like acid rain reacts with the rock to lead to a chemical process that can crack it.

The study aimed to quantify how mechanical weathering rates corresponded with increase in pressure, temperatures, and relative humidity as a proxy for global climate change.

A key process in weathering is ‘subcritical cracking’ or the very slow process that leads to development of a steady crack internally.

The study was able to confirm that subcritical cracking was exacerbated by the worsening climactic conditions too. Additionally, these cracks drive chemical reactions in the rock, which render the areas surrounding these cracks weaker than the rest of the structure, making it more susceptible to further cracking.

The study also confirmed that the biggest driver of cracking was increased water vapour, followed by increased temperature.

The findings have implications because not only are global temperatures climbing, high temperatures are also leading to more evaporation. Warmer air can hold more moisture, which increases humidity and contributes to rock degradation, followed by carbon release.

The AWC was initiated in 1987 in the Indian subcontinent and since has grown rapidly to cover major region of Asia, from Afghanistan eastwards to Japan, Southeast Asia and Australasia. The census, thus covers the entire East Asian – Australasian Flyway and a large part of the Central Asian Flyway.

In India, the AWC is annually coordinated by the Bombay Natural history Society (BNHS) and Wetlands International.

The Bombay Natural History Society (BNHS), a pan-India wildlife research organization, has been promoting the cause of nature conservation since 1883.

BNHS Vision: Premier independent scientific organization with a broad-based constituency, excelling in the conservation of threatened species and habitats. 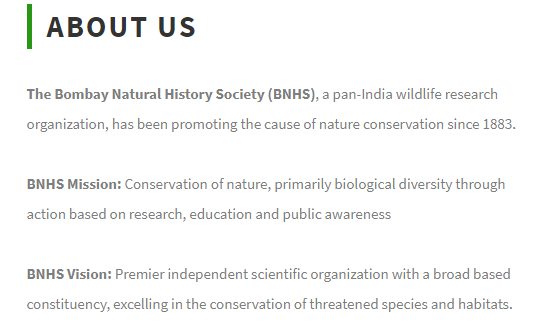 A team of scientists at the Defence Research and Development Organisation (DRDO) have created a quantum device that can generate a truly random sequence of numbers by tracking single particles of light.

Generating a string of truly random numbers — no correlation between two successive numbers — has been a mathematical challenge since 1890, when the English polymath Francis Galton described the humble dice as the most superior random number generating device.

But in today’s world, where unique 6-digit authentication codes are expected to appear on phones in a matter of seconds, far more sophisticated computer programmes are required to generate random numbers.

While a number of computer programs currently exist that can generate random passwords and PINs within seconds, these systems are not truly random. At some point, the systems start repeating the sequence of numbers, which could compromise the security of the system.

The new device by the Mumbai-based DRDO Young Scientist Laboratory for Quantum Technologies relies on a fundamental property of light — the fact that light behaves like a wave and a particle at the same time.

How the device works?

Based on the encouraging results obtained, it can be stated that the developed Quantum Random Number Generator (QRNG) passes the global randomness testing standards

A team of scientists at the Defence Research and Development Organisation (DRDO) have created a quantum device that can generate a truly random sequence of numbers by tracking single particles of light.

Gulf leaders have signed a “solidarity and stability” deal after leaders of Saudi Arabia and Qatar publicly embraced, bringing Doha (Qatar) back into the regional fold after a three-year-long rift. It was signed at 41st Gulf Cooperation Council (GCC) summit held in Al Ula, Saudi Arabia recently.

What was the dispute about?

Qatar has long practiced an ambitious foreign policy with different priorities to some other Gulf states, but there are two key issues which have angered its neighbours in the past decade.

One is Qatar's support for Islamists. Qatar acknowledges providing assistance to Islamist groups designated as terrorist organisations by some of its neighbours.

The other key issue is Qatar's relations with Iran, with which it shares the world's largest gas field. The Shia Muslim power is Sunni Muslim-ruled Saudi Arabia's main regional rival.

In June 2017, Saudi Arabia, the UAE, Bahrain and Egypt severed all diplomatic and trade ties. Qatar's only land border was closed; ships flying the Qatari flag or those serving Qatar were banned from docking at many ports; and much of the region's airspace was closed to Qatari aircraft.

Now everything is fine after this deal.

GCC is a political, economic, social, and regional organisation which was established by an agreement concluded in 1981 among Bahrain, Kuwait, Oman, Qatar, Saudi Arabia and UAE in view of their special relations, geographic proximity, similar political systems based on Islamic beliefs, joint destiny and common objectives. 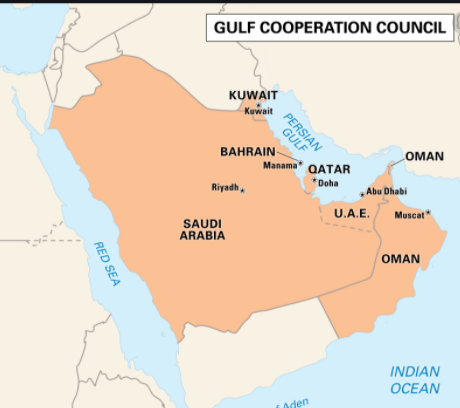 The structure of the GCC consists of the Supreme Council (the highest authority), the Ministerial Council and the Secretariat General. The Secretariat is located in Riyadh, Saudi Arabia.

On December 1, Health Secretary Rajesh Bhushan said that the government has never spoken about vaccinating the entire country against COVID-19. Adding to that, Director-General of ICMR Dr. Balram Bhargava said: “If we’re able to vaccinate a critical mass of people and break virus transmission, then we may not have to vaccinate the entire population.”

What is Herd Immunity?

Herd immunity (or community immunity) occurs when a high percentage of the community is immune to a disease (through vaccination and/or prior illness), making the spread of this disease from person to person unlikely. Even individuals not vaccinated (such as newborns and the immunocompromised) are offered some protection because the disease has little opportunity to spread within the community.

Herd immunity depends on the contagiousness of the disease. Diseases that spread easily, such as measles, require a higher number of immune individuals in a community to reach herd immunity. Herd immunity protects the most vulnerable members of our population. If enough people are vaccinated against dangerous diseases, those who are susceptible and

cannot get vaccinated are protected because the germ will not be able to “find” those susceptible individuals.

But the government’s idea of vaccinating a “critical mass of people” for the purpose of breaking the virus transmission chain is riddled with challenges.

Considering that the government has already listed out the high-priority groups that will receive the vaccine, the issue of choosing other sections of the population that needs to be vaccinated to achieve herd immunity will be ethically challenging.