The Department of Atomic Energy, Government of India has discovered 1600kg Lithium in Mandla district of Karnataka. India has been dependent on Lithium imports for a long time, which makes this discovery more significant. 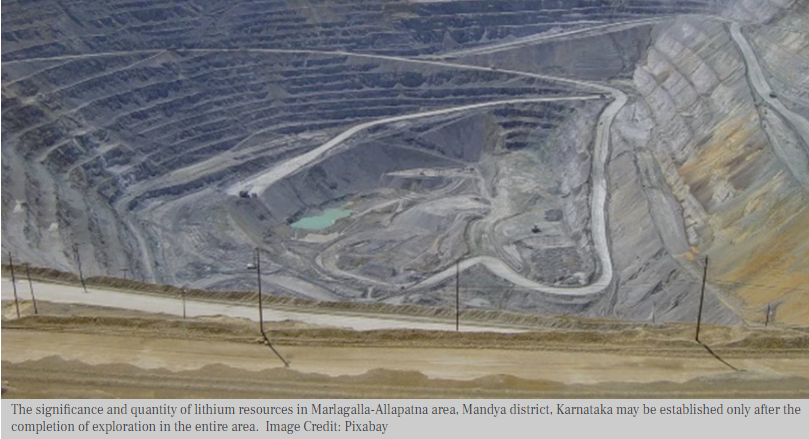 The thermonuclear application makes Lithium as “Prescribed substance” under the Atomic Energy Act, 1962 which permits Atomic Minerals Directorate for Exploration and Research (AMD) for exploration of Lithium in various geological domains of the country.  Due to the continuously increasing demand of Lithium-ion batteries, the requirement of Lithium has increased over last few years.

First of all, see important uses if Lithium.

India’s first Lithium plant has been set up at Gujarat in 2021. The refinery will use Lithium ore to produce base battery material. The growing demand for Lithium in India is driven by the goal of Indian government to become one of the largest electric vehicle markets world over. NITI Ayog has set an ambitious target to increase the number of electric vehicles by 30 percent by 2030. In line with these goals, the Lithium refinery will help make Gujarat a hub for Lithium-ion batteries, as there are already a few battery manufacturing plants that are being set up in Gujarat. This factory becomes important, because India currently relies on other nations like China, Japan, and Taiwan for its electric battery supply.

This discovery will reduce import dependency and promote make in India, along with AtmaNirbhar Bharat in the energy sector.

What about other countries? 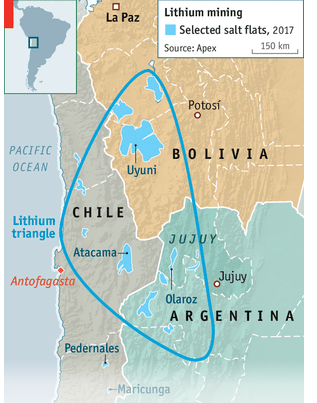 Very few things you have to know about this Index. Just read what we have provided. Nothing else.

The Economist Intelligence Unit’s Democracy Index provides a snapshot of the state of democracy worldwide in 165 independent states and two territories.

The Democracy Index is based on five categories: electoral process and pluralism, the functioning of government, political participation, political culture, and civil liberties.

Based on its scores on a range of indicators within these categories, each country is then itself classified as one of four types of regime: “full democracy”, “flawed democracy”, “hybrid regime” or “authoritarian regime” 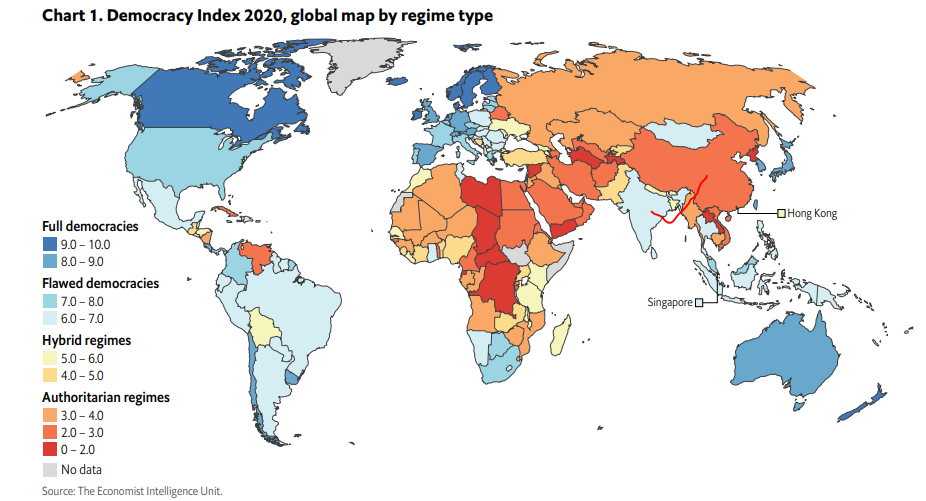 India’s rank has degraded by two places from the previous year ranking. This year India has been ranked at 53rd place.

The Reserve Bank of India (RBI) on has introduced a risk-based internal audit (RBIA) system. It has made it mandatory for select non-banking financial companies and urban co-operative banks (UCBs).

In terms of the Guidance Note issued by RBI, banks are required to put in place a risk based internal audit (RBIA) system as part of their internal control framework that relies on a well-defined policy for internal audit, functional independence with sufficient standing and authority within the bank, effective channels of communication, adequate audit resources with sufficient professional competence, among others. RBI had also introduced the RBIA system for the scheduled commercial banks (SCBs) in the year 2002.

What has changed now?

What is the need of new system?

Further, these entities have grown in size over time and has become systemically important. So, the different audit systems for lending entities were creating inconsistencies, risks and gaps. Thus, the need of new system felt.

How the RBIA system will work?

RBIA system will evaluate the internal risk management systems and control procedures in various aspects of operations in the NBFs and UCBs. It will also test the transaction in order to anticipate risks and mitigate it.

Recently, the Delhi High Court (HC) ordered the Telecom Regulatory Authority of India (TRAI) to ensure “complete and strict” implementation of the regulation issued by it in 2018 for curbing Unsolicited Commercial Communications (UCC).

It means any Commercial Communication which a subscriber opts not to receive, but does not include:

“Commercial Communication” means any message, voice or SMS, made through telecommunications service, which is transmitted for the purpose of informing or soliciting or promotion of any commercial transaction in relation to goods, investment or services.

A plea was filed by a company in the HC claiming that millions of its customers have been defrauded by the phishing activities over the mobile networks and the failure of the telecom companies to prevent the same has caused financial and reputational loss.

It claimed that under the regulations, the telecom companies are required to verify purported telemarketers seeking registration (called registered telemarketers or RTMs) with them before granting access to their customer data and also take action immediately against all fraudulent RTMs.

It contended that the telecom companies are violating their obligations under the Telecom Commercial Communications Customer Preferences Regulations (TCCCPR) 2018, to curb the problem of unsolicited commercial communications. 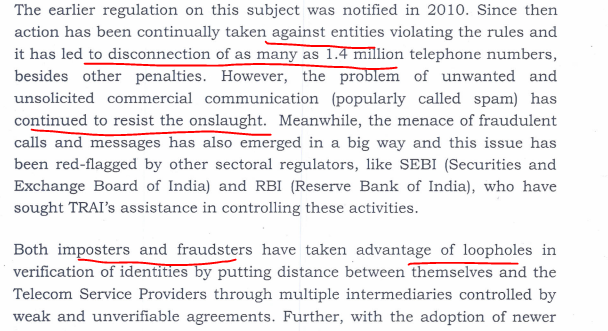 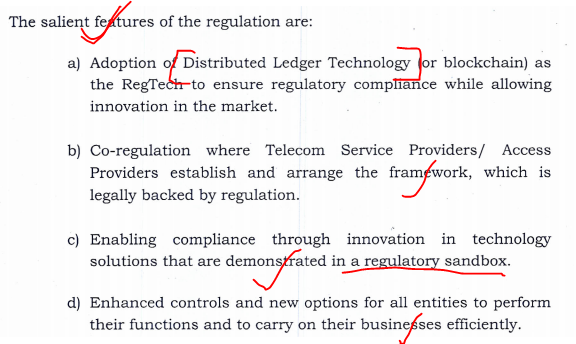 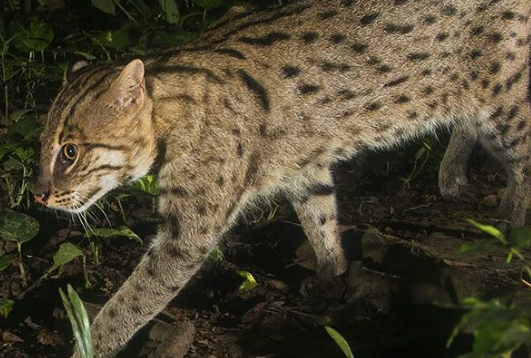 The Fishing Cat Conservation Alliance is a team of conservationists, researchers and enthusiasts working to achieve functioning floodplains and coastal ecosystems that ensure survival of the fishing cat.

Fishing cats have a patchy distribution along the Eastern Ghats. They abound in estuarine floodplains, tidal mangrove forests and also inland freshwater habitats.

Apart from Sundarbans in West Bengal and Bangladesh, fishing cats inhabit the Chilika lagoon and surrounding wetlands in Odisha, Coringa and Krishna mangroves in Andhra Pradesh.

IUCN Red List: Vulnerable. Despite multiple threats, the Fishing Cat was recently down listed to “Vulnerable” from “Endangered” in the IUCN Red List species assessment.