The National Crime Records Bureau (NCRB) recently released the annual ‘Accidental Deaths and Suicides India’ (ADSI) report for the calendar year 2020. The report is the official source of comprehensive data related to accidents and suicides in the country. 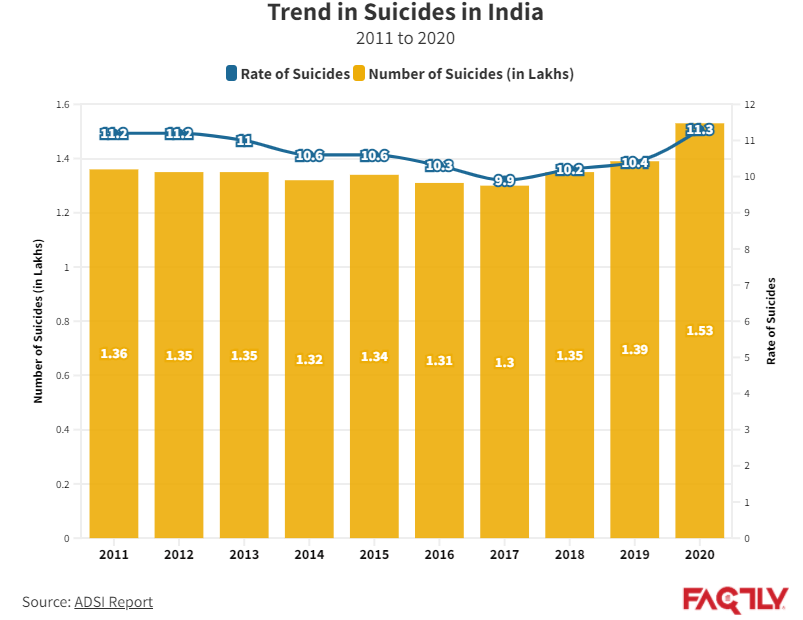 The greatest number of suicides in 2020 was reported in the state of Maharashtra where 19,909 suicides were reported, followed by Tamil Nadu with 16,883 suicides. Along with Madhya Pradesh, West Bengal, and Karnataka, the five states together accounted for 50% of the suicides reported in the country in 2020.

Illnesses and Family Problems cause more than half the Suicides 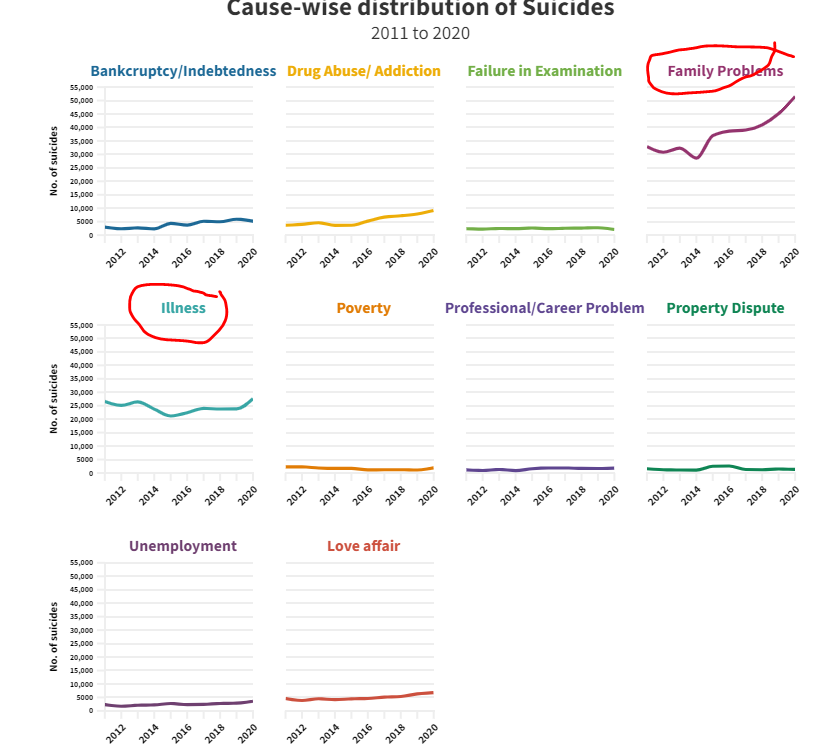 Suicide Mortality is an indicator under SDGs.

The suicide rate is an indicator under Sustainable Development Goal 3: Ensure healthy lives and promote well-being for all at all ages.

The goal is to bring down premature mortality of non-communicable diseases by one-third, through prevention & treatment and promotion of mental health and well-being. This includes mortality attributed to cardiovascular disease, cancer, diabetes or chronic respiratory disease and suicide.

The Russian military conducted an anti-satellite test (ASAT) this week, shooting down one of its own satellites in low Earth orbit.

More than 1,500 large pieces of trackable debris were generated from the explosion of the satellite, as well as potentially hundreds or thousands of untraceable smaller pieces, according to the US government.

Space debris can build up exponentially in a cascading process called Kessler’s Syndrome, where a piece of debris hits another satellite, which in turn creates thousands of more pieces of debris.

News: The grand temple at Rama Janmabhoomi in Ayodhya will follow the Nagara style of temple architecture. 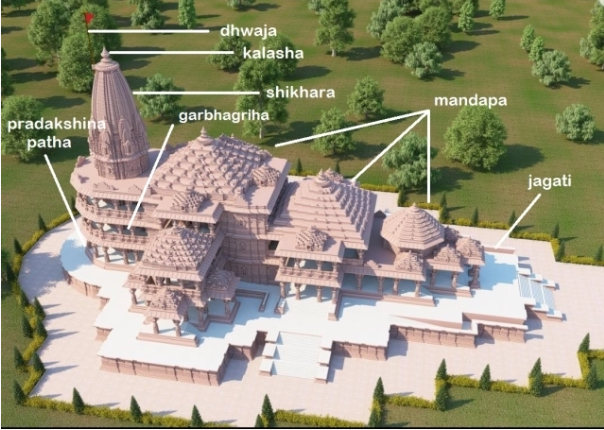 What is Nagara style of temple architecture? The basic form of a Hindu temple contains the following architectural elements:

Now, we want you to read the Temple Architecture of NCERT. Please read. It has lot of examples of Temples of different region of various styles. Important for Prelims. Click here to read. It is bit long, so select your time.

Directorate of Enforcement is a Multi-Disciplinary Organization mandated with the task of enforcing the provisions of two special fiscal laws – Foreign Exchange Management Act, 1999 (FEMA) and Prevention of Money Laundering Act, 2002 (PMLA).

Let us see its origin:

The origin of this Directorate goes back to 1st May, 1956, when an ‘Enforcement Unit’ was formed, in Department of Economic Affairs, for handling Exchange Control Laws violations under Foreign Exchange Regulation Act, 1947 (FERA ’47);

In the year 1957, this Unit was renamed as ‘Enforcement Directorate’. The administrative control of the Directorate was transferred from Department of Economic Affairs to Department of Revenue in 1960. With the passage of time, FERA’47 was repealed and replaced by FERA, 1973.

With the onset of the process of economic liberalization, FERA, 1973, which was a regulatory law was repealed and, in its place, effective 1st June, 2000, a new law – Foreign Exchange Management Act, 1999 (FEMA) came into operation. Further, in tune with the International Anti Money Laundering regime, Prevention of Money Laundering Act, 2002 (PMLA) was enacted, and entrusted for its enforcement to the Directorate, w.e.f. 01.07.2005.

Carved in the role of a multi-dimensional Organisation, the Directorate enforces two laws;