Biomass as a fuel

India has traditionally relied on biomass for its energy needs. Wood, bushes, straws and cow dung are regularly fed in household earthen stoves and small furnaces. Biomass power plants do the same process in a controlled environment to run steam turbines that produce electricity. The biomass power sector generates local employment because of its labour intensity but the sector is battling challenges like high running costs, feed procurement and competition from solar and wind which are comparatively cheaper to produce.

Biomass has a good scope considering India has a target of net-zero emissions by 2070. Currently, most of biomass energy production is captive which means industries are using biomass to run their own units to save on electricity bills especially in states where the industrial tariff is very high.

In fact, Punjab has the highest power potential from biomass in the country at 3,172 megawatts (MW) especially with the generation of 20 million tonnes of paddy straw. But the installed capacity is low. WHY?

All is not well with the Chamundi Hill, a popular tourist attraction near Mysuru. There have been four major landslides since 2019 and environmentalists blame indiscriminate construction atop the hill for them.

A team from the Indian Institute of Science (IISc) at Bengaluru had visited the Chamundi Hill after the last landslide.

Nandi: The colossal Nandi is one of the largest in India, 16 ft. (4.8 metres) tall at the front and 25 ft. (7.5 metres) in length. The magnificent pendent bell around its neck are exquisite Doddadevaraja was responsible for the creation of this colossal bull. 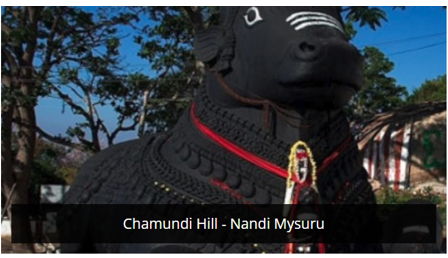 Three months before elections to the Tripura Tribal Areas Autonomous District Council (TTAADC), the state’s royal scion and former state Congress president Pradyot Kishore Manikya Debbarma has given a call for a ‘Greater Tipraland’, covering Tripuris in and outside of the district council and even the Tripuri diaspora.

The new demand seeks to include every tribal person living in indigenous area or village outside the Tripura Tribal Areas Autonomous District Council (TTAADC) under the proposed model.

However, the idea doesn’t restrict to simply the Tripura tribal council areas, but seeks to include ‘Tiprasa’ of Tripuris spread across different states of India like Assam, Mizoram etc. as well, even those living in Bandarban, Chittagong, Khagrachari and other bordering areas of neighbouring Bangladesh. 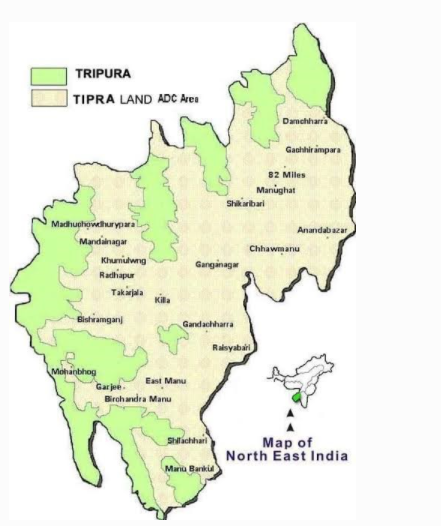