Scientists have unearthed Asia’s first fossil record of mulberry from the Gurha lignite mines near Bikaner in western Rajasthan, a finding that they say, indicates the existence of a warm, humid climate in north-western India 56 million years ago. 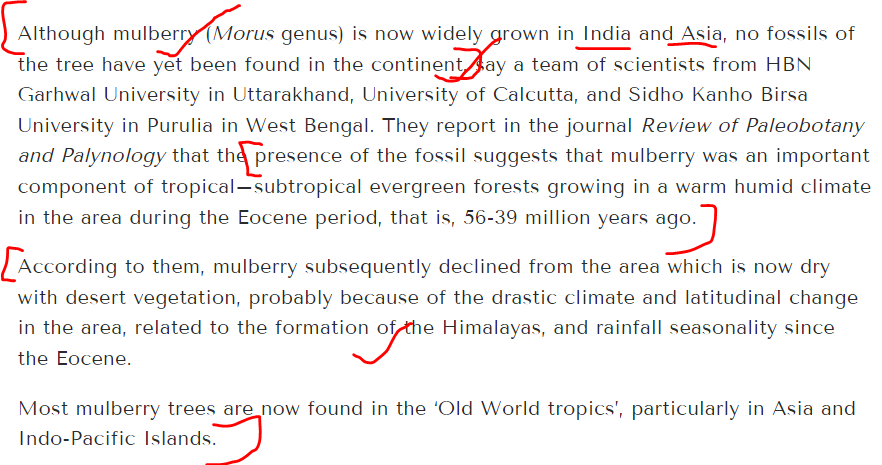 The key findings of Phase-II of the fifth edition of the National Family Health Survey (NFHS-5), covering 14 states/UTs were released recently by the Ministry of Health & Family Welfare. The findings of NFHS-5 in respect of 22 States & UTs covered in Phase-I were released in December 2020.

Numerous media reports have stated that the findings of the survey point towards a demographic shift in India. This is because, for the first time in the country, ever since the NFHS survey exercise began in 1992, the proportion of women in the country was higher than that of men. The sex ratio is defined as the number of females per 1000 males in the population. For every 1000 men, there were 1,020 women at an All-India level, as per the findings of NFHS-5. The sample size of the NFHS 5 survey is 6.1 lakh households.

Another important finding from the NFHS-5 is about the Total Fertility Rate (TFR). TFR is defined as the average number of children that would be born to a woman if she experiences the current fertility pattern throughout her reproductive span (15-49 years).

As per NFHS-5, the All-India TFR reduced from 2.2 to 2.0 which is below the replacement level of 2.1. This is because, a TFR of less than 2.1 implies that a woman has an average of two children over a lifetime and that the existing generation of people will get replaced over the years, without any substantial increase in population. If the Fertility rate further declines, the population will also decline over years. Despite the reduced TFR, the child sex ratio indicates that the probability of survival of a male child is more than the female.

How is hallmarking being implemented?

The Government of India has made hallmarking of gold jewellery mandatory in the country. It is now being implemented by the Bureau of Indian Standards (BIS) in a phased manner.

With an aim to bring transparency in the jewellery trade and increase trust among consumers, the Government has also made it mandatory for the introduction of a Hallmark Unique Identification (HUID) number in every piece of jewellery.

In the first phase, it is being rolled out in 256 districts of the country, though the move was opposed by jewellers’ trade bodies.

HUID is a six-digit alphanumeric code, or one that consists of numbers and letters. It is given to every piece of jewellery at the time of hallmarking and is unique for each piece.

Jewellery is stamped with the unique number manually at the Assaying & Hallmarking (A&H) centre. The hallmark consists of three symbols which give some information about the jewellery piece. 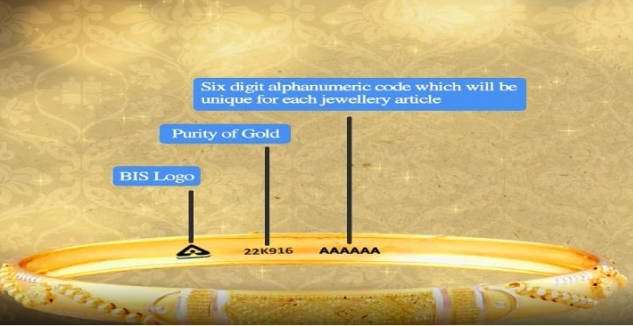 Why is it being introduced?

The Government has made it mandatory to sell hallmarked jewellery in the first phase in 256 districts of the country, each of which has at least one Assaying & Hallmarking centre. HUID numbers are engraved at these centres.

What does this mean for the consumer?

Given that gold plays a big role in the lives of Indians, mandating gold hallmarking is aimed at protecting consumer interests.

In an introductory note on the mandated procedure, the Department of Consumer Affairs said hallmarking of gold jewellery provides ‘third-party assurance’ to consumers on the purity of gold jewellery. Under the scheme, jewellers are granted certificate of registration to sell hallmarked jewellery and A&H centres “are recognised to assay the purity of the jewellery submitted by the registered jeweller along with declaration of purity…”

In every monetary policy meeting, the RBI announces its stance. The stance provides guidance (for the future) to everyone in the economy on what the RBI is trying to achieve and in which direction its policy will be. Monetary policy is most effective when it is transparent and predictable.

Accommodative stance means RBI will try to provide liquidity (keep interest rate low) to support growth. RBI has kept this stance because of the 'Omicron' threat to the economy.