According to the Employment of Manual Scavengers and Construction of Dry Latrines (Prohibition) Act, 1993 that was brought in to prohibit employment of manual scavengers, ‘Manual Scavenger’ is a person engaged in or employed for manually carrying human excreta.

After close to two decades, the Prohibition of Employment as Manual Scavengers and their Rehabilitation Act, 2013 was passed to override the provisions of the 1993 act. This act laid down a detailed definition of ‘manual scavenger’ as an individual engaged or employed for manually cleaning, carrying, disposing of, or otherwise handling in any manner, human excreta in premises such as railway tracks, open drains, septic tanks, and insanitary latrines. Those persons who clean excreta using devices and protective gears are not deemed as manual scavengers, as per the Act.

Various laws and schemes have been implemented over the years to put an end to the practice and uplift the individuals and families involved in manual scavenging. Two important legislations, as mentioned earlier are,

According to a parliament response from December 2021, a total of 58,098 manual scavengers have been identified as per the criteria laid down in the 2013 act. Of these, caste-related data is available for 43,797 manual scavengers, 97.25% of who belonged to Scheduled Castes. 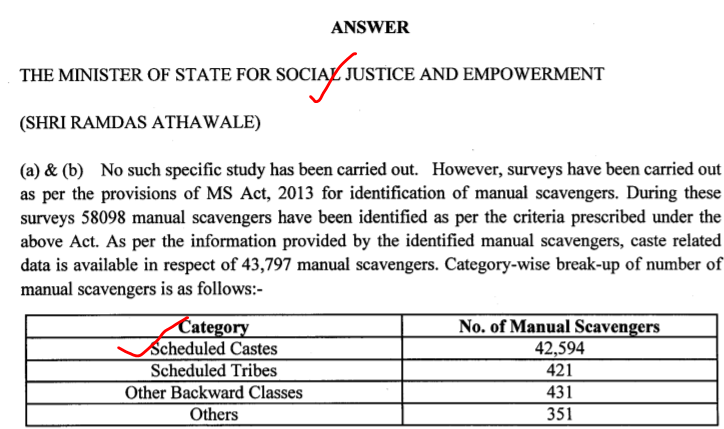 In response to a question in the Rajya Sabha in December 2021, the Ministry of Social Justice and Empowerment stated that zero deaths have been reported from manual scavenging in the last five years. However, a total of 321 persons lost their lives while cleaning sewers and septic tanks between 2017 and 2021.

Converting annual crops to perennial bioenergy crops can induce a cooling effect on the areas where they are cultivated, according to a new study.

Cultivation area under bioenergy crops occupies 3.8 per cent ± 0.5 per cent of the global total land area, but they exert strong regional biophysical effects, leading to a global net change in air temperature of −0.08 ~ +0.05 degrees Celsius.

Fossil fuels have solved our energy problems since the beginning of the industrial revolution that started in the eighteenth century. However, from past few decades, the world has seen an unprecedented and uncontrolled use of fossil fuels. In the current era, we heavily rely on fossil fuels for energy demands. It is undeniably true that fossil fuels hold the credit of shaping our world, but on the cost of environmental and related hazards. The negative environmental impacts of fossil usage are now being realized, and the search for alternative energy sources has begun.

Bioenergy crops are one such energy source that could positively impact the environment to reduce the level of carbon dioxide, emission of greenhouse gases and soil erosion. The biofuel generation using fast growing and photosynthetically efficient bioenergy crops is emerging as a reliable alternative to fossil fuels.

Ministry of Education has announced a National Educational Alliance for Technology (NEAT) as a Public-Private partnership model between the Government (through its implementing agency AICTE) and the Education Technology companies of India. Through an open invitation and screening, companies are invited to showcase their products on a National Portal developed for the learners, who may procure them based on their requirements.

The aim of NEAT is to bring the best technological Products in education pedagogy on a single platform for the convenience of learners. Technology Products using Artificial Intelligence for customized learning or e-content in niche areas having highly employable skills would be identified for showcasing on the portal.

The scheme also includes free seats for existing students of higher education from Weaker sections of society. The distribution of free seats would be done through the NEAT portal, based on student information shared by Educational Institutions.

Nothing much is required. Ok, we will learn about All India Council for Technical Education (AICTE).

All India Council for Technical Education (AICTE) was set up in November 1945 as a national-level apex advisory body to conduct a survey on the facilities available for technical education and to promote development in the country in a coordinated and integrated manner. And to ensure the same, as stipulated in the National Policy of Education (1986), AICTE was vested with:

• Statutory authority for planning, formulation, and maintenance of norms & standards

• The management of technical education in the country 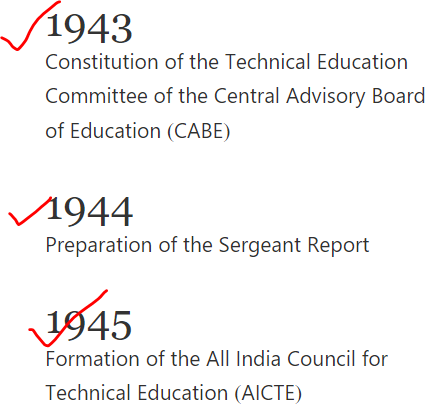