Omisure — India’s first home-grown testing kit — can differentiate the omicron strain of the novel coronavirus from the delta, alpha and the other variants in under four hours.

It is an omicron detecting RT-PCR kit developed by the Mumbai-based Tata Medical and Diagnostics Ltd  (TATA MD) in partnership with the Indian Council of Medical Research (ICMR).

The kit recently received approval from the Drugs Controller General of India.

It is a routine test, like all other RT-PCRs done in the country.

How does this new kit work? And how does it compare with gene sequencing — the most reliable means of detecting the virus’ many variants?

This new kit can identify the Omicron variant by targeting two regions of the S or the spike gene. This gene codes for the spike protein, which helps the novel coronavirus enter and infect human cells.

The S, the Enveloped (E), and Nucleocapsid (N) genes are some of the targets of conventional RT-PCR tests. When it detects these genes, a patient sample is labelled positive.

As omicron bears heavy mutations in the S gene, the RT-PCR can sometimes miss it. The absence of S gene likely indicates omicron’s presence. This is called S gene dropout or S gene target failure — and is one of the targets of Omisure.

This kit also depends on a second target: S gene mutation amplification, which detects mutations explicitly in the S gene.

How does Omisure compare with gene sequencing?

Despite being considered the gold standard; sequencing has a few limitations. It is slow, expensive and complicated.

It is a multi-step process. It begins with extracting the virus’ RNA from patient samples, converting it into DNA, amplifying or multiplying it through RT-PCR before finally sending it for gene sequencing.

Recently, the United Nations Office on Drugs and Crime (UNODC), released its first edition of “Global Report on Corruption in Sport”. The report was prepared by UNODC’s Corruption and Economic Crime Branch (CEB).

In the introduction to the report, UNODC states that there is a substantial increase in criminal activities in sports, influenced by a range of factors.

In the report, five key transformative trends are highlighted that have affected the sports sector in recent times. These trends contribute towards potential risks of corruption in sports with their linkage to the expansion of sport and economic innovation. 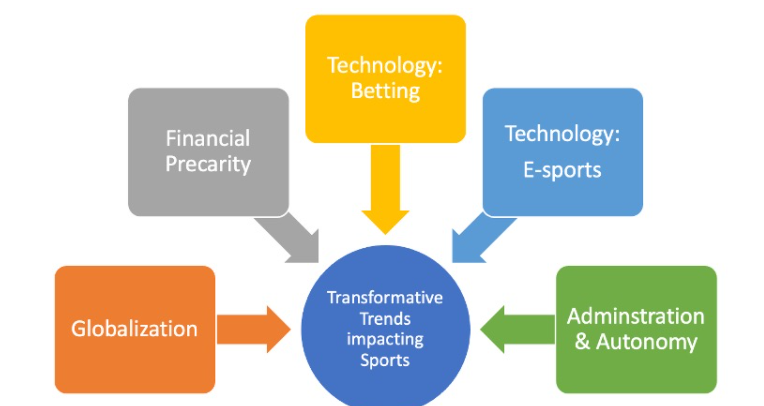 A major trend over the past two decades across different sports disciplines is their globalization. Increased audiences for events like the Olympics and FIFA Football World Cup are a reflection.

As per some estimates, as of 2018, the sports industry is valued at $488.5 billion (Sport-specific products) and around $756 billion (including related sectors like transportation, entertainment, etc.) However, the benefits of these are not available beyond the elite sports, which are marred with financial difficulties and prone to corruption risks.

The report observes that there is an increasing trend of disparity and uncertainty in the revenues earned between the sports and within the sports. A major portion of the earnings is limited to top players or to top leagues.

In the modern era of sports, betting and sports are linked to each other. In a few countries, sports betting is made legal.  As of 2020, Betting operators are the second most important main-shirt sponsors for European Football clubs. The betting markets have now expanded to non-European markets like Brazil, India, the USA, etc.

E-sport audience has increased from 380 million in 2016 to 557 million in 2021. However, this space is still unregulated, and the integrity largely depends on each game producer. Because of this, e-sports are vulnerable to two types of corruption – the competitiveness and stakes involved make them equally susceptible to corruption like traditional sports and secondly, the virtual nature of the sports make them vulnerable to structural manipulation.

Administration and Autonomy of sports

Sports are largely composed of organizations that have a private non-profit status and operate based on a private contractual legal framework. The report observes that, while many anti-corruption initiatives are launched, the sports organizations do not have the capabilities of law-enforcement authorities. This hinders their ability to effectively implement anti-corruption compliance initiatives.

In India, only betting on Horseracing is legal, and remaining betting activities are considered illegal. The legality of sports betting in the country is based on the State-specific laws.  The two major laws governing it are Public Gambling Act of 1867 and Information Technology Act 2000.

How are D-SIBs determined?

Due to their economic and national importance, the banks need to maintain a higher share of risk-weighted assets as tier-I equity. SBI, since it is placed in bucket three of D-SIBs, has to maintain Additional Common Equity Tier 1 (CET1) at 0.60 percent of its Risk-Weighted Assets (RWAs).

The Reserve Bank had issued the Framework for dealing with Domestic Systemically Important Banks (D-SIBs) on July 22, 2014. The D-SIB framework requires the Reserve Bank to disclose the names of banks designated as D-SIBs starting from 2015 and place these banks in appropriate buckets depending upon their Systemic Importance Scores (SISs).]

Unnat Jyoti by Affordable LEDs for All (UJALA)

Unnat Jyoti by Affordable LEDs for All (UJALA) was launched by the Hon’ble Prime Minister of India on January 5, 2015.

In a short span, the programme has evolved to be world’s largest zero subsidy domestic lighting programme that addresses concerns like high electrification cost and high emissions that result from inefficient lighting. As of today, more than 36.78 crore LEDs have been distributed across the country.

UJALA succeeded in bringing down the retail price of LED bulbs from INR 300-350 per bulb to INR 70-80 per bulb. Apart from making affordable energy accessible to all, the programme also resulted in massive energy savings.

UJALA has been readily adopted by all the states. It has helped in reducing annual household electricity bills. Consumers have been able to save money, improve their quality of life, and contribute to India’s economic growth and prosperity.

Under the programme, the government has ensured transparency and encouraged competition by e-procurement of goods and services. This has resulted in significant reduction in transaction cost and time, enhancing process efficiency.

With UJALA, the cost of LED bulb has come by down by 85 percent. This, in turn has led to a much larger pool of bidders, enhanced quality of the product and availability of better specifications for the consumers.