So far, India has signed 13 Free Trade Agreements (FTAs) with its trading partners, including the 3 agreements, namely India-Mauritius Comprehensive Economic Cooperation and Partnership Agreement (CECPA), India-UAE Comprehensive Partnership Agreement (CEPA) and India-Australia Economic Cooperation and Trade Agreement (IndAus ECTA) signed during the last five years. The list of FTAs signed by India is as under: 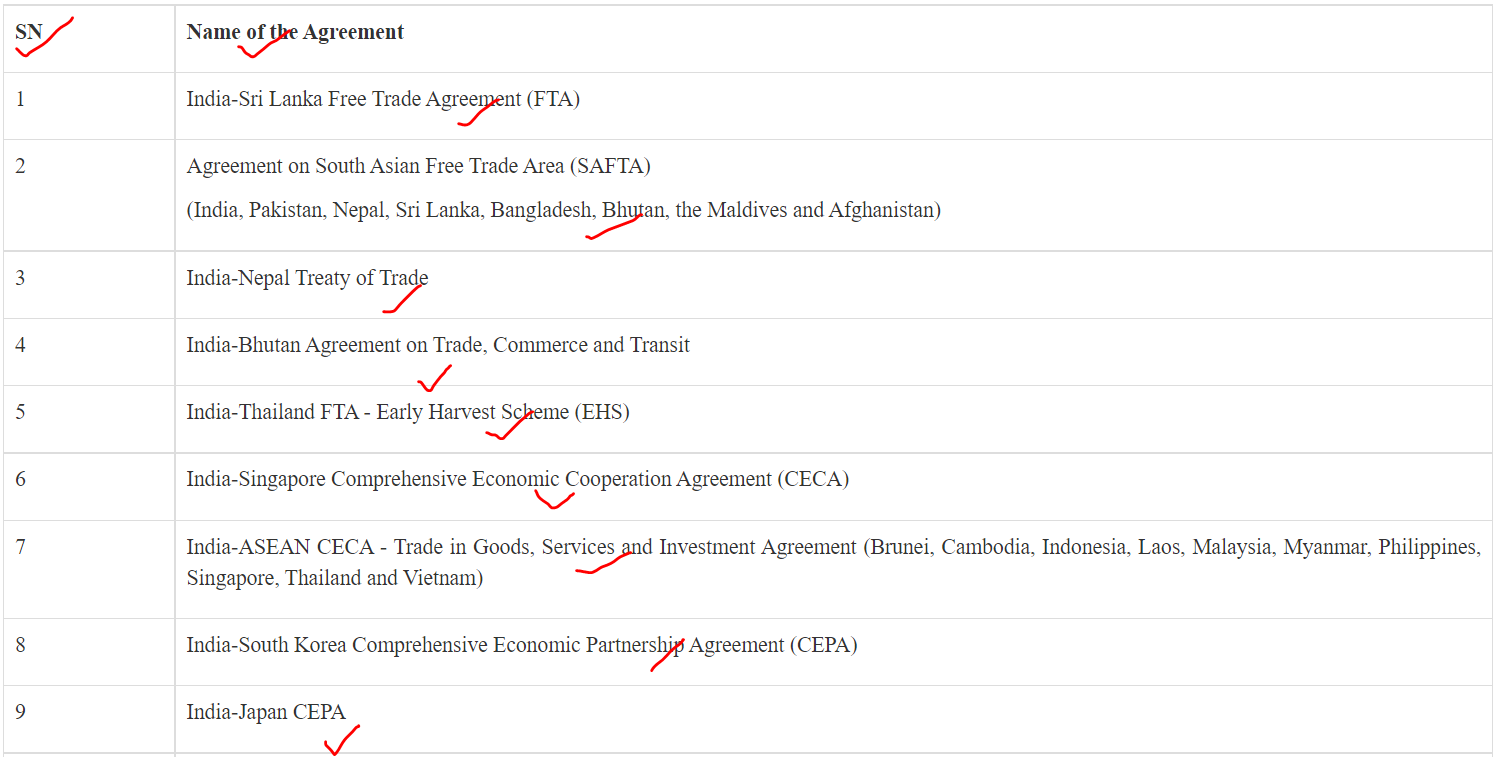 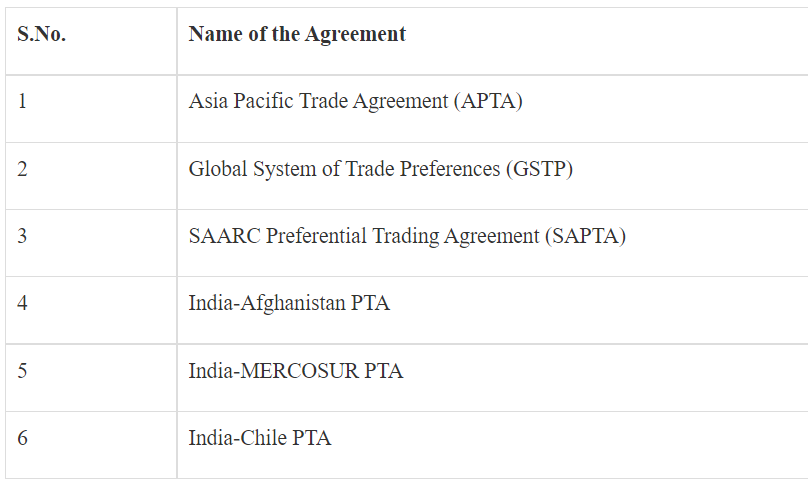 The economic impact assessment of FTAs undertaken both in terms of data analysis and stakeholder consultations from time to time, has revealed that there has been growth in both exports and imports with FTA partners.

Imports From Russia and Ukraine

Gasification of coal in the above projects would result in production of Syngas which is further processed to produce different chemicals.

As the above products (see below), produced through goal gasification, will not be used for power generation, no such study has been undertaken.

However, the scientific literature on coal gasification enumerates the following:

Ministry of Minority Affairs also implements various Schemes/programmes for the educational empowerment of students/beneficiaries belonging to six notified minority communities i.e., Christians, Jains, Sikhs, Muslims, Buddhists and Parsis. The various schemes/programmes being implemented by this Ministry are as under:

Pre-matric Scholarship Scheme- The scholarship is provided to minority students studying in class I to X in Government/ recognized Private schools. To be eligible, students should not have annual parental/guardian’s income more than Rs.1.00 lakh and he/she should have secured minimum 50% marks in previous class. Minimum 30% scholarships are earmarked for girls.

Post-matric Scholarship Scheme- The scholarship is provided to minority students studying in Class XI to Ph.D level in Government/ recognized Private schools/Colleges/Institutes. To be eligible, students should not have annual parental/guardian’s income more than Rs.2.00 lakh and he/she should have secured minimum 50% marks in previous class. Minimum 30% scholarships are earmarked for girls.

Merit-cum-Mean based Scholarship Scheme - The scholarship is awarded for pursuing professional and technical courses at under-graduate and post-graduate levels, in institutions recognized by the appropriate authority.

Maulana Azad National Fellowship (MANF) Scheme- The Fellowships are awarded to research students pursuing regular and full time M.Phil and Ph.D courses. The Scheme covers all Universities/Institutions recognized by the University Grants Commission (UGC) under section 2(f) and section 3 of the UGC Act and is implemented through UGC.

To be eligible, students should not have annual parental/guardian’s income more than Rs.6.00 lakh.  Under the scheme, 30% fellowships are earmarked for girl students. Since 2014-15, in addition to renewals, 5882 fresh fellowships have been awarded involving an expenditure of Rs. 645.78 crore.

Padho Pardesh - Scheme of Interest Subsidy on educational loans for overseas studies- Under the scheme, the interest subsidy is awarded to students on the interest payable for the period of moratorium for the Education Loans taken for overseas studies to pursue approved courses of studies abroad at Masters, M.Phil or Ph.D levels. The scheme is implemented through the Canara Bank. To be eligible, students should not have annual parental/guardian’s income more than Rs.6.00 lakh. 35% scholarships are earmarked for girls. An amount of Rs. 130.42 has been released for payment of interest subsidy to 15743 beneficiaries since 2014-15.

Nai Manzil - A scheme for formal school education & skilling of school dropouts. 98,697 beneficiaries have benefitted under this scheme for which an amount of Rs. 448.51crore has been released with effect from 2016-17.