The Women and Men in India, 2021 report, released by MoSPI is the collection of a variety of gender-related statistics that are released by different agencies of the government. This serves as a single go-to platform to find information pertaining to gender statistics.

The report is divided into six chapters based on diverse aspects of gender – Health, education, participation in economy and decision making, impediments to empowerment, and population-related metrics. 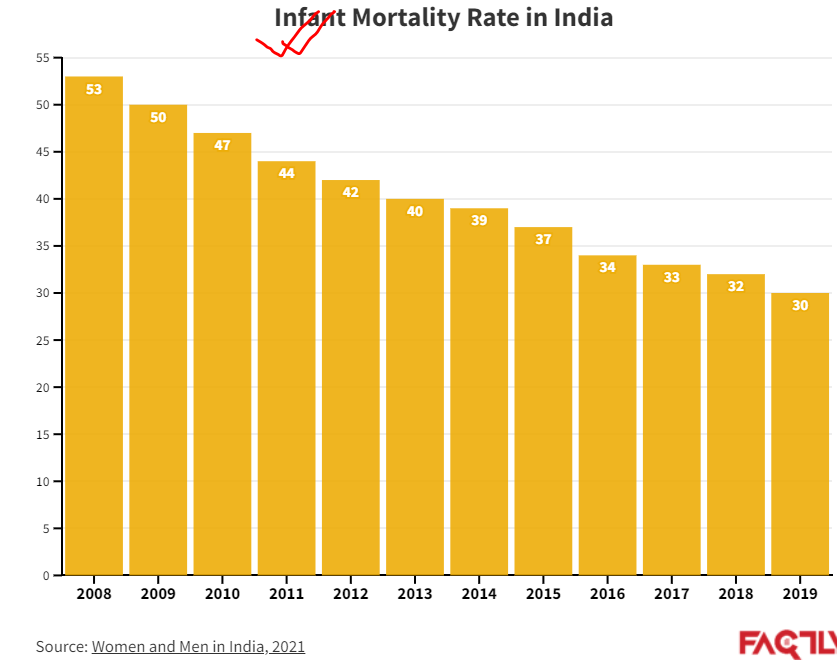 The Maternal Mortality rate (MMR), which is defined as the ratio of the number of women who died due to pregnancy complications to one lakh live births in that period, has been declining from 254 in 2004-06 to 103 during 2017-19. Anaemia in pregnant women is one of the important factors that define maternal and foetal complications.

Obesity, hypertension, and diabetes are the major reasons behind the growing number of non-communicable diseases (NCDs) across the world. Around 55 million people are at risk of death if enough and timely interventions are not taken to control NCDs as per WHO. In fact, India is the first country to adopt a strategy to minimize deaths due to NCDs by 25% by 2025.

Obesity in India has increased in both genders. While the percentage of men who are obese increased from 18.9 to 22.9, female obesity increased from 20.6 to 24.0 from NFHS-4 to NFHS-5. 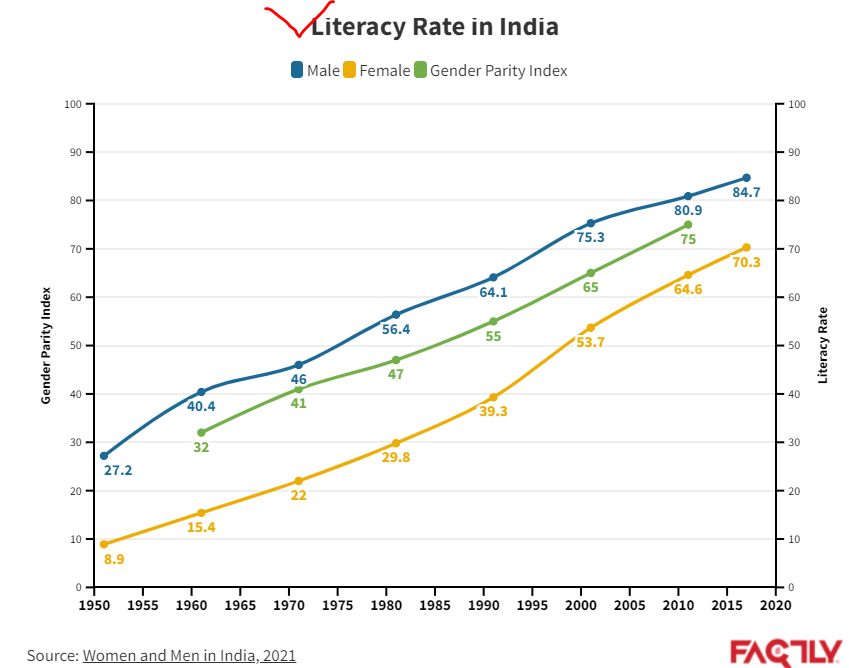 Economic empowerment of women is a key driver to achieving gender equality. It includes the ability of women to participate in existing market conditions, control and access over resources, and increased participation in economic decision making. However, the worker population ratio in India across all the age groups presents a poor picture of women’s participation. It is 53.9% for men as compared to 21.8% for women.

There is also a disparity in the percentage distribution of workers by type of employment. Under self-employed conditions, 35% of females work as a helper in the household enterprise, while only 8.5% males work in similar employment. Around 44% of men work as own-account worker, employer, only 21.3% of women work in the same status.

Representation of women across the key branches of the government setup is considered vital for progress on gender equality as well as on other issues that could potentially impact women. Ranging from policy prioritization to policy implementation, women at any level of decision-making could have a positive impact. 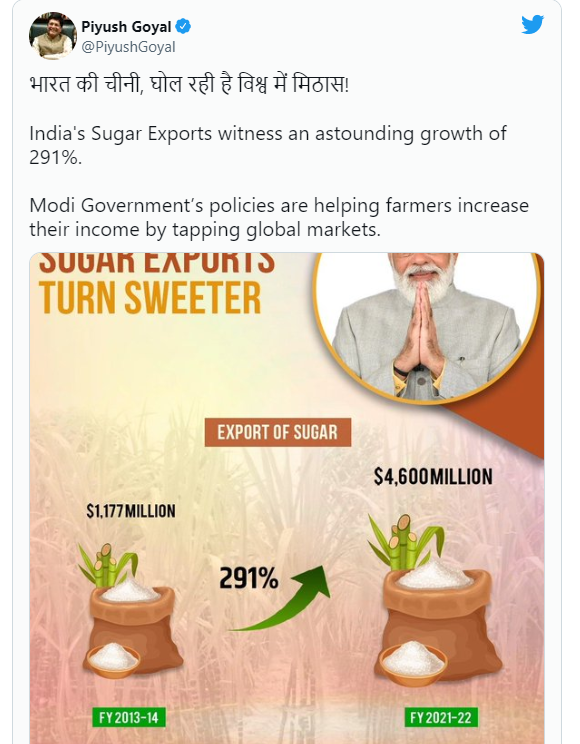 Uttar Pradesh, Maharashtra and Karnataka account for nearly 80 percent of the total sugar production in the country.

Notably, India is the world’s second-largest sugar producer after Brazil.

Since 2010-11, India has consistently produced surplus sugar, comfortably exceeding the domestic requirements. The record exports would enable the sugar producers to reduce their stocks and would also benefit the sugarcane farmers, as the increased demand for Indian sugar is likely to improve their realizations. The significant rise in agri-exports is also seen as a testimony of the government’s commitment to increase farmers’ income by boosting exports of agricultural and processed food products of the country.