Zika virus has spread to several parts of India: ICMR

The zika virus (ZIKV) has been silently spreading across the country, a study published in Frontiers in Microbiology in June 2022 has reported. 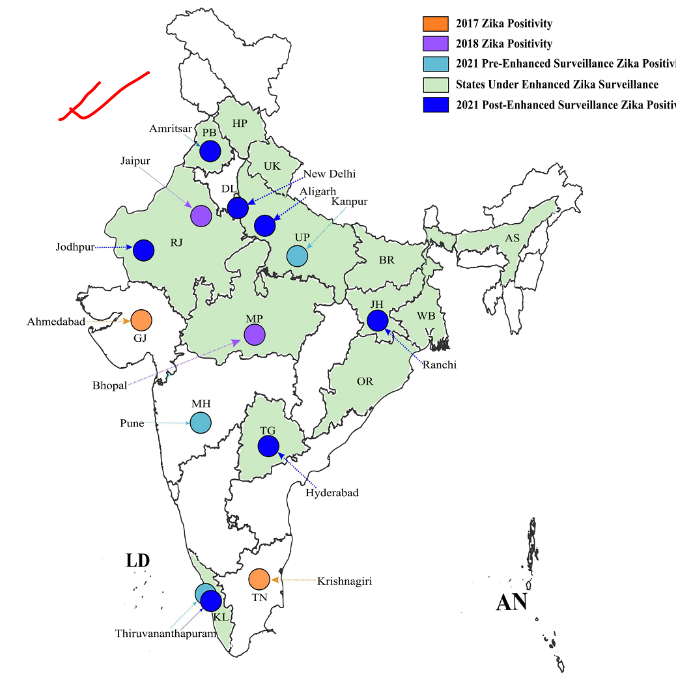 About ZIKA Virus: Taken from WHO website. So, just remember important points.

Zika virus is a mosquito-borne flavivirus that was first identified in Uganda in 1947 in monkeys. It was later identified in humans in 1952 in Uganda and the United Republic of Tanzania.

The incubation period (the time from exposure to symptoms) of Zika virus disease is estimated to be 3–14 days. The majority of people infected with Zika virus do not develop symptoms. Symptoms are generally mild including fever, rash, conjunctivitis, muscle and joint pain, malaise, and headache, and usually last for 2–7 days.

Zika virus is primarily transmitted by the bite of an infected mosquito from the Aedes genus, mainly Aedes aegypti, in tropical and subtropical regions. This is the same mosquito that transmits dengue, chikungunya and yellow fever.

Zika virus is also transmitted from mother to foetus during pregnancy, through sexual contact, transfusion of blood and blood products, and organ transplantation.

Infection with Zika virus may be suspected based on symptoms of persons living in or visiting areas with Zika virus transmission and/or Aedes mosquito vectors. A diagnosis of Zika virus infection can only be confirmed by laboratory tests of blood or other body fluids, such as urine or semen.

There is no treatment available for Zika virus infection or its associated diseases.

Protection against mosquito bites during the day and early evening is a key measure to prevent Zika virus infection.

Why are temperatures within a city’s neighbourhoods different?

Many factors ranging from urban planning to materials used in construction, as well as the loss of blue and green cover, are responsible for the Urban Heat Island (UHI) effect that causes variance in temperatures within neighbourhoods in a city. 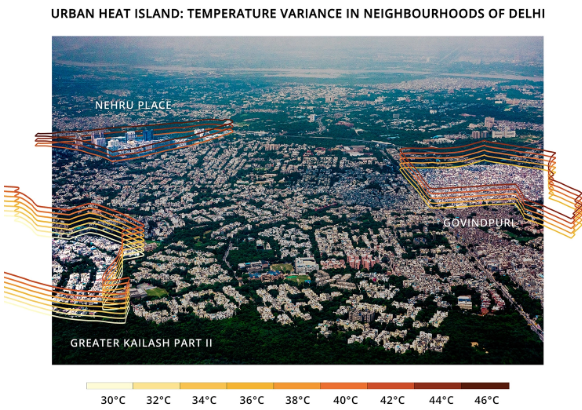 Why are urban heat islands formed?

Urban heat islands are formed due to many characteristics of cities.

Last week, world leaders adopted a landmark declaration at the United Nations’ Ocean Conference in Lisbon to scale up science-based and innovative actions and address the ocean emergency of habitat loss, ocean acidification and ecosystem degradation. 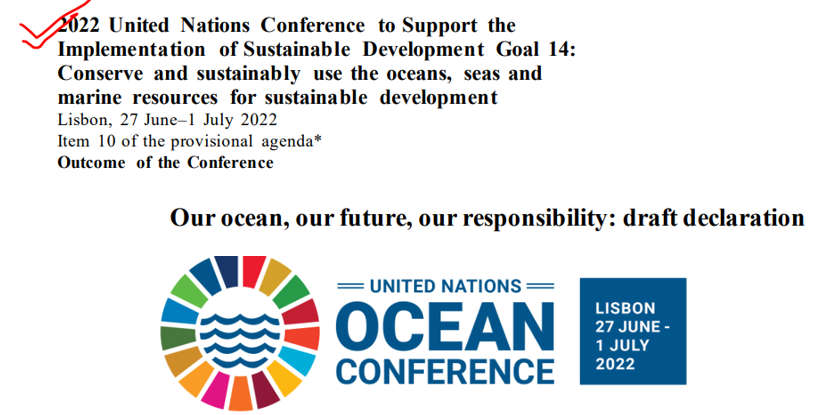 The Lisbon declaration ‘Our ocean, our future, our responsibility,’ called on governments to do more to prevent, reduce, and eliminate marine plastic litter - including single-use plastics and microplastics - by contributing to comprehensive life-cycle approaches, encouraging recycling and environmentally sound waste management.

The declaration welcomed the decision made at the fifth UN Environment Assembly held in Nairobi, Kenya, earlier this year to establish an intergovernmental negotiating committee to develop a legally binding instrument on plastic pollution. Member States gavelled a historic resolution to forge the agreement by 2024.

The declaration recognized the importance of building sustainable, resilient and inclusive blue economies.

It all started with:

Read the entire document pasted below. It is taken form original copy. 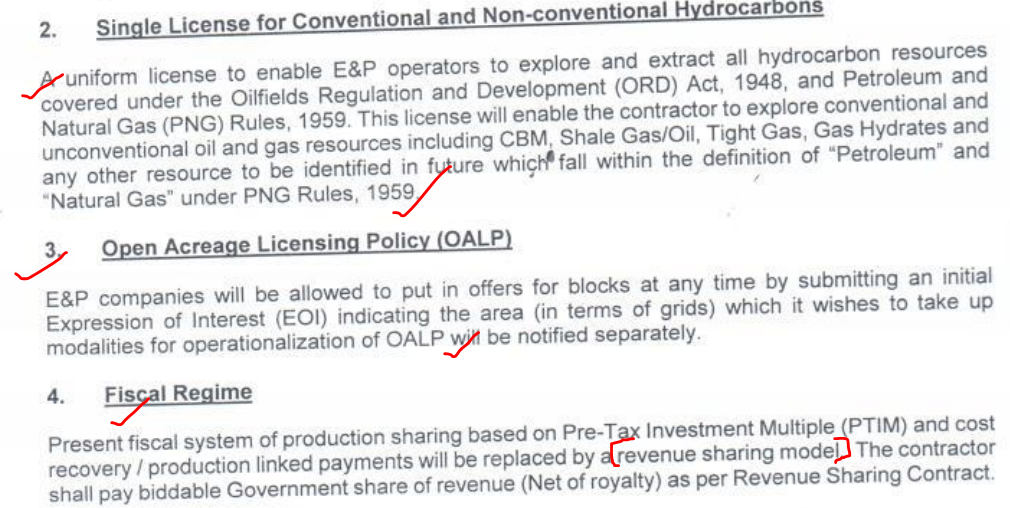