The index was released by NITI Aayog.

The India Innovation Index 2021 presents state-wise rankings based on the innovation landscape and performance of the country’s states and union territories. The latest framework of the index has been mapped from the Global Innovation Index, published annually by WIPO (World Intellectual Property Organization). 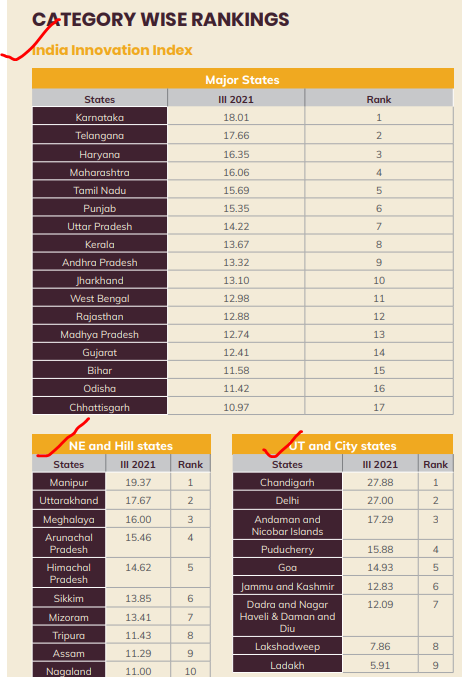 The India Innovation index lays down the broad pillars on which the country’s innovation landscape is determined. 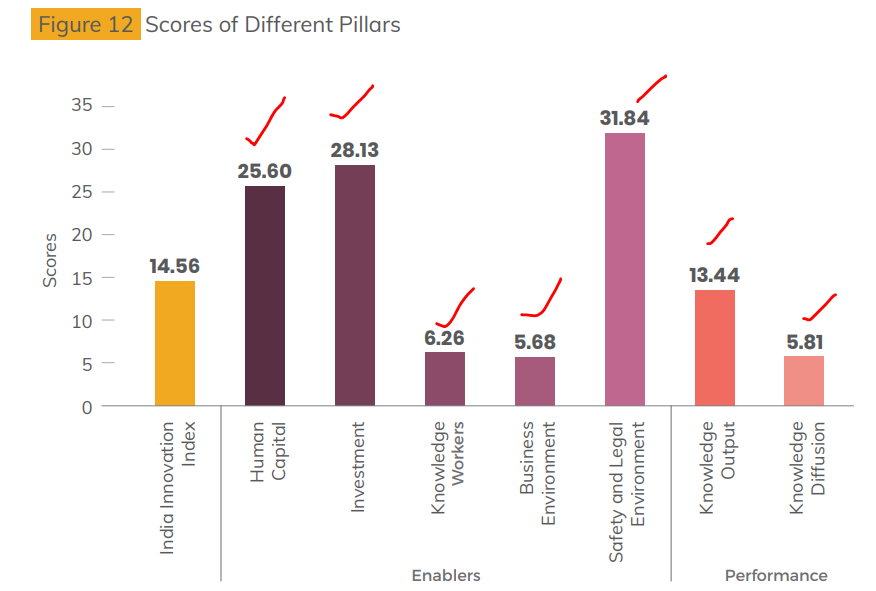 Other important graphs mentioned in the report: 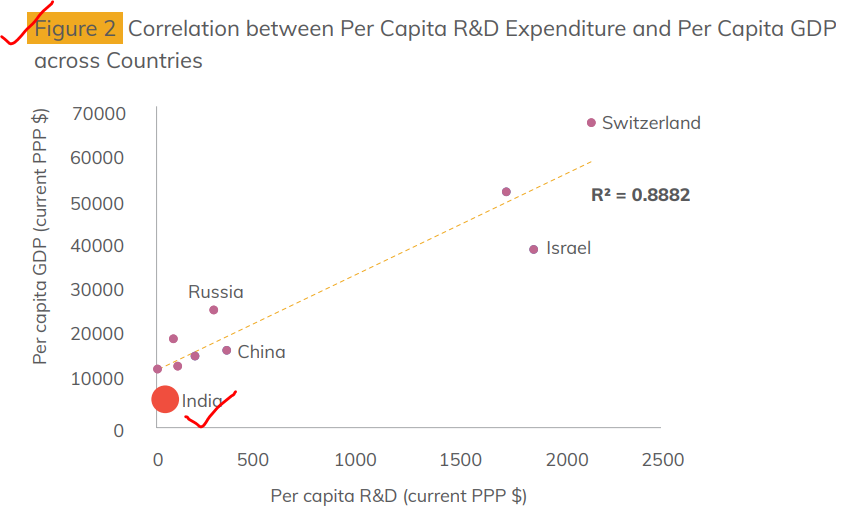 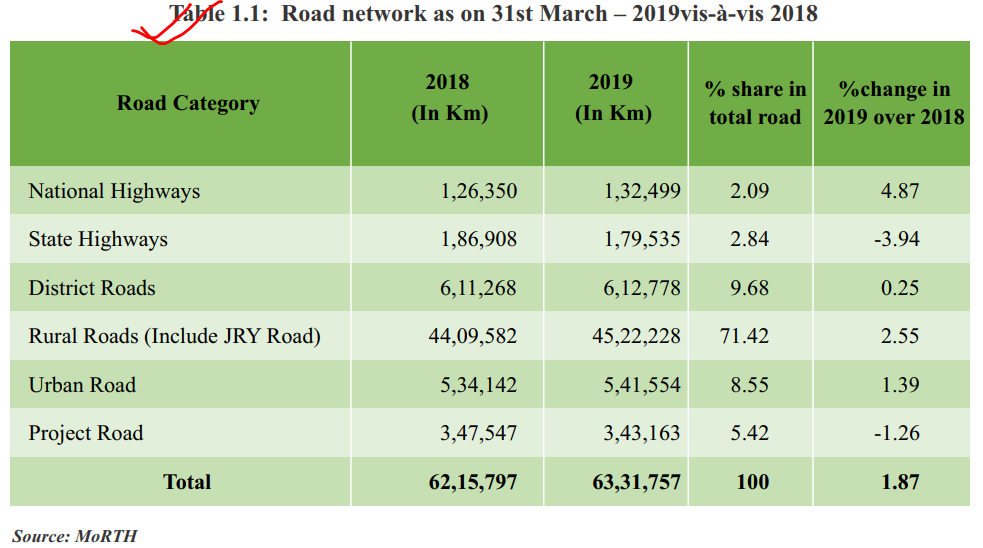 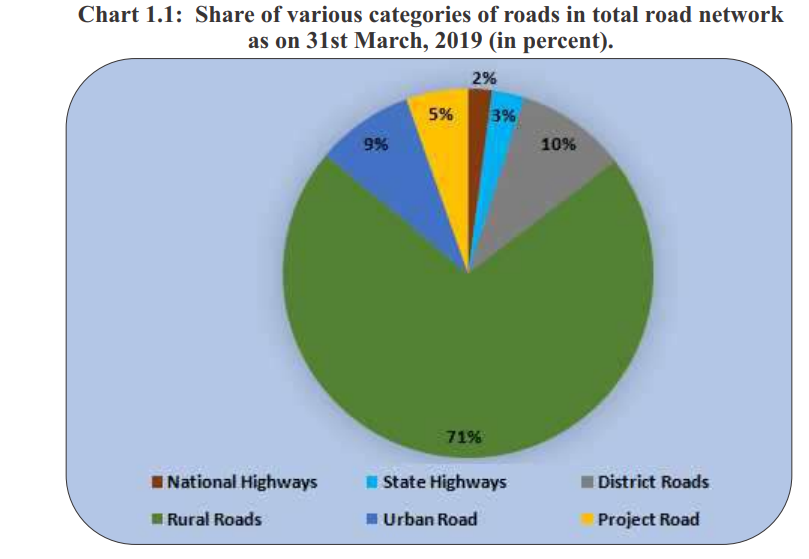 To help achieve this and to enhance digital adoption, Ministry of Electronics and Information Technology (MeitY) is focusing on providing digital literacy to the citizens across the country especially in the rural areas. In line with this, the Pradhan Mantri Gramin Digital Saksharta Abhiyan (PMGDISHA) was approved by Union Cabinet in February 2017 with the approved budget outlay of Rs. 2351.38 crore, to usher in digital literacy in rural India with a target to cover 6 crore rural households (one person per household) across the country.

The PMGDISHA scheme is being implemented through CSC e-Governance Services India Limited, a Special Purpose Vehicle (CSC-SPV), incorporated under the Companies Act 1956, under the overall supervision of MeitY, with the collaboration of the State Governments and UT Administrations.

Under the scheme, digital literacy training to the beneficiaries is imparted through the select Common Service Centres (CSCs)/Training Centres that are operational at the Gram Panchayat Level.

The PMGDISHA Scheme is funded as a Central Sector Scheme, hence, funds are not sanctioned and allocated to States/UTs. The targets under the scheme are expected to be achieved within the approved duration of the scheme i.e., up to 31st March, 2023.

The textile industry is considered as the most ecologically harmful industry in the world. In the production process like bleaching and then dyeing, the subsequent fabric makes a toxin that swells into our ecosystem. Therefore, the need for eco-textiles is felt. Green textiles refer to clothing and other accessories that are designed to use the organic and recycled material.

India generates over 500 million tons of agricultural and agro-industrial residues every year, according to official data of the Ministry of New and Renewable Energy (MNRE). Across the country, agricultural waste is managed largely by burning, which causes unintended environmental damage

Similarly, most aspects of conventional textile manufacturing immensely damage the environment. “For instance, polyester is plastic. Consumers and manufacturers both want to shift to better materials, but choosing between environment and economics has been an either-or choice. This is where agro-waste fabrics come into the picture. When crop waste becomes feedstock for textile manufacturing, both sectors become planet-friendly.

Why it is beneficial for farmers?

Manufacturing yarns from agri-waste requires one-sixth of water needed for producing cotton yarns. As we don’t cultivate the raw material and use only waste, we can argue that these are zero water footprint raw materials.

The work of eco-textile manufacturers is helping reduce fashion’s carbon footprint, it is also benefiting farmers by improving their livelihood prospects in rural areas. From spending money to dispose of crop residues, farmers are now earning extra income by selling agri-waste.

Global fibre production has reached well over 100 million tonne per year in 2019 and is expected to rise even further. Developing alternative fibre sources is more critical now than it’s ever been.