The Globally Important Agricultural Heritage Systems (GIAHS) are agroecosystems inhabited by communities that live in an intricate relationship with their territory. These evolving sites are resilient systems characterized by remarkable agrobiodiversity, traditional knowledge, invaluable cultures and landscapes, sustainably managed by farmers, herders, fisherfolk, and forest people in ways that contribute to their livelihoods and food security.

Through the Globally Important Agricultural Heritage Systems Programme, since 2005, FAO has designated 67 systems in 22 countries as agricultural heritage sites.

The three GIAHS in India are:

The Fagradalsfjall volcano in Iceland began erupting again June 3, 2022, after eight months of slumber – so far without any adverse impacts on people or air traffic. 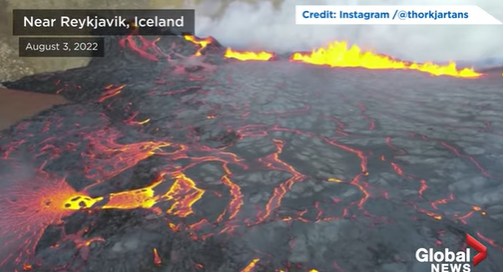 Climate change is causing the widespread warming of our land, oceans and atmosphere. Apart from this, it also has the potential to increase volcanic activity, affect the size of eruptions, and alter the “cooling effect” that follows volcanic eruptions.

But why is this the case? Well, as glaciers and ice sheets melt, pressure is taken off Earth’s surface and there are changes in the forces (stress) acting on rocks within the crust and upper mantle. This can lead to more molten rock, or “magma”, being produced in the mantle – which can feed more eruptions.

The changes can also affect where and how magma is stored in the crust, and can make it easier for magma to reach the surface.

Magma generation beneath Iceland is already increasing due to a warming climate and melting glaciers.

But what about volcanic regions that aren’t covered in ice – could these also be affected by global warming?

Possibly. We know climate change is increasing the severity of storms and other weather events in many parts of the world. These weather events may trigger more volcanic eruptions.

On December 6 2021, an eruption at one of Indonesia’s most active volcanoes, Mount Semeru, caused ashfall, pyroclastic flows and volcanic mudflows (called “lahars”) that claimed the lives of at least 50 people.

Changes to the ‘cooling effect’

There’s another layer we can’t ignore when it comes to assessing the potential link between climate change and volcanic activity. That is: volcanoes themselves can influence the climate.

An eruption can led to cooling or warming, depending on the volcano’s geographical location, the amount and composition of ash and gas erupted, and how high the plume reaches into the atmosphere.

Volcanic injections that were rich in sulphur dioxide gas have had the strongest climatic impact recorded in historic times. Sulphur dioxide eventually condenses to form sulphate aerosols in the stratosphere – and these aerosols reduce how much heat reaches Earth’s surface, causing cooling.

August 9 is celebrated as International Day of the World’s Indigenous People.

The region’s semi-arid and mixed-miscellaneous forests are home to a large population of tribals from the Bhil and Damor communities. Trees like Anogeissus pendula (Dhok), Terminalia arjuna (Arjun), Albizia lebbeck (Saras), Dalbergia paniculata (Palash), etc make up the forests in the region.

The smallholding nature of farms allows them to use mechanical agricultural equipment easily. The women in the region play a key role in promoting a sustainable, integrated farming system.

When it comes to food and dietary habits, the communities most commonly consume foodgrains like kodra, bati, kang, cheena, hama, hamli and gujro (little millet), along with local vegetables. The minor millets are rich in fibre and iron and improves their immunity.

The immense amount of knowledge these communities have regarding food gathering and cultivation sets an example, especially for those on the path of industrial farming.

Supply and Demand of Coal

The details of domestic supply and demand of coal during the last five years are given below:-

The details of number of recycling units, treatment capacity/quantity recycled/processed/treated across the country waste wise are as follows: 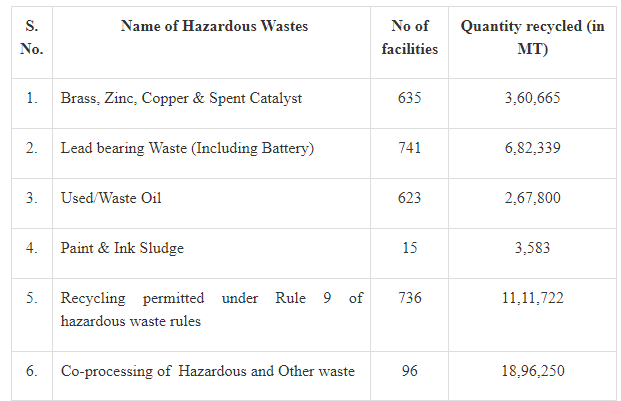 Ministry of Electronics and Information Technology (MeitY) has amended the existing Scheme for Promotion of Manufacturing of Electronic Components and Semiconductors (SPECS) to provide support for setting up of state-of-art e-waste recycling facilities for extraction of precious metals from e-waste components. The scheme envisioned for financial incentive of 25% on capital expenditure.