Puga valley is well known for its numerous hot springs with temperatures up to 84 °C (the boiling point of water at that altitude) and occurrences of sulfur and borax deposits. 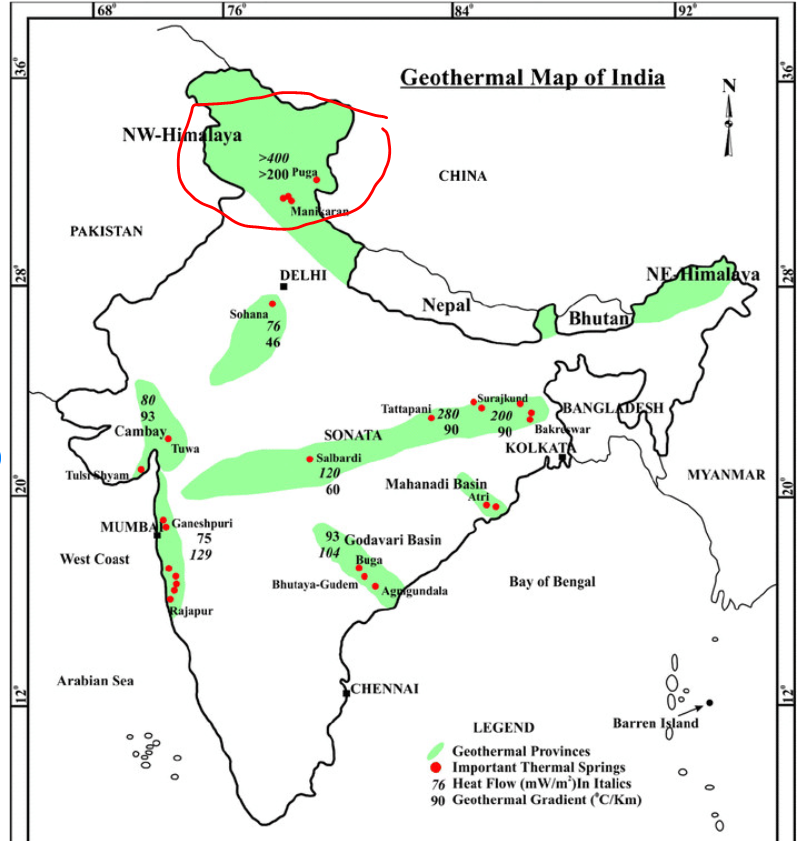 The geothermal fields at Puga are classified as ‘low enthalpy’ and ‘medium enthalpy’ geothermal reservoirs, and a feasibility study of utilising low enthalpy geothermal energy indicates that the binary-cycle process may be best for Puga.

Puga has the potential of generating 1.5 MW using a binary plant, according to an assessment by the government power development corporation.

NASA’s James Webb Space Telescope (JWST) has detected the first definitive evidence of carbon dioxide in the atmosphere of an extra-solar planet. The alien planet outside our solar system is a gas giant that orbits a sun-like star 700 light years away in the Virgo constellation.

The planet, WASP-39b, has a mass equivalent to a quarter of Jupiter’s (or roughly the same as Saturn), and is 1.3 times the diameter of Jupiter. Its surface temperature is estimated to be 900 degrees Celsius and it orbits very close to its host star.

Previously, the Hubble and Spitzer space telescopes discovered large quantities of water vapour in its atmosphere.

Carbon absorbs light at longer and more infrared wavelengths than water vapour does. Therefore, the JWST was able to detect carbon dioxide in its atmosphere when the Hubble and Spitzer couldn’t.

WASP-39b was detected by the transit method, meaning that when viewed from earth, it can be seen passing in front of its star in its orbit. Such planets dim the light of the star they pass in front of ever so slightly, but enough for scientists on earth to be able to perform complicated calculations about the nature of the planet.

Silvergrass is a species of perennial, woody, and clump-forming grass in gardens that is hardy, long-lived, and needs low maintenance. 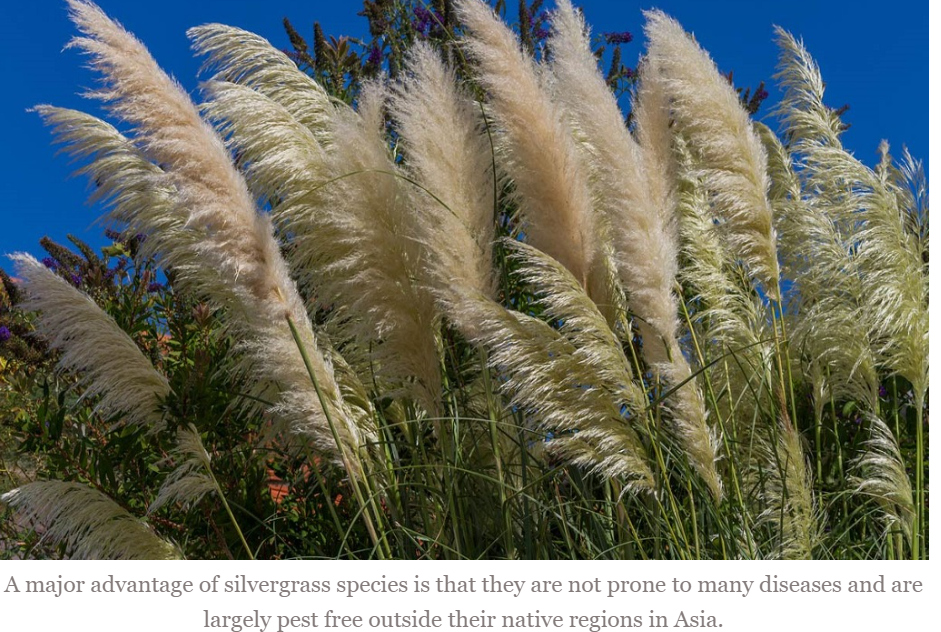 Miscanthus species are generally very drought-tolerant plants, so you won't need to water them frequently. In fact, overly wet soil is a problem and can cause plants to die in the winter. Generally, species with narrower leaves are slightly more drought-tolerant.

The majority of Miscanthus species may thrive in a range of pH level and soil types; all they require is well-drained soil. They are frequently ornamental grass varieties for heavy soils since they survive surprisingly well even though they do best in relatively rich, loamy, and moist soils.

Species of silver grass in garden landscapes have a spreading, rhizomatous root system. It requires enough space and time to develop. For this reason, it is best to plant in early spring (March or April), when the soil is moist and has plenty of time to establish the root system. This helps the grass to better survive drought and frost conditions.

India, Bangladesh finalises text of MoU on sharing of water of Kushiyara river

The text of the memorandum of understanding (MoU) was finalised at the 38th ministerial-level meeting of the India-Bangladesh Joint Rivers Commission (JRC) that took place in Delhi on Thursday after a gap of 12 years, according to the Ministry of External Affairs (MEA).

India and Bangladesh share 54 rivers, of which seven were identified earlier for developing a framework of water-sharing agreements on priority.

The Joint Rivers Commission of India and Bangladesh was constituted in the year 1972 as a bilateral mechanism to address issues of mutual interest on common / border / transboundary rivers. (ANI)