India’s National Security Council Secretariat (NSCS) and the UK Government in collaboration with BAE Systems successfully designed & conducted the Cyber Security Exercise for 26 Countries as part of the International Counter Ransomware Initiative- Resilience Working Group which is being led by India under the leadership of National Cyber Security Coordinator (NCSC).

The theme of the exercise is based on Energy Sector in which the respective National Cyber Crisis Management Teams of the Ransomware Initiative (CRI) Partner Nations will have to deal with a ransomware attack on multiple electricity distribution companies.

These companies are responsible for the distribution of electricity to domestic customers and are the last link to the public supply. The exercise explores the complexity of decision-making around response to ransomware on Critical National Infrastructure.

The aim to organise this virtual Cyber Exercise on Ransomware Resilience is to simulate a large, wide-spread cyber security incident affecting organisations within a country. This exercise has been designed to support the mission of the CRI, and aims to allow participating CRI Members to test their capability to respond to a major ransomware incident; Demonstrates the benefit of sharing information and collaborating during a major incident; provide opportunities for the CRI Nations to share their approaches to countering ransomware.

An IAD, designed and developed by Vikram Sarabhai Space Centre, has been successfully test.

The IAD was initially folded and kept inside the payload bay of the rocket. At around 84 km altitude, the IAD was inflated and it descended through atmosphere with the payload part of sounding rocket. The pneumatic system for inflation was developed by LPSC.

The IAD has systematically reduced the velocity of the payload through aerodynamic drag and followed the predicted trajectory. This is first time that an IAD is designed specifically for spent stage recovery.

The IAD has huge potential in variety of space applications like recovery of spent stages of rocket, for landing payloads on to Mars or Venus and in making space habitat for human space flight missions.

Section 505 of the Indian Penal Code deals with “statements conducing to public mischief”. Subsection 2 of this Section reads, “Whoever makes, publishes or circulates any statement or report containing rumour or alarming news with intent to create or promote, or which is likely to create or promote, on grounds of religion, race, place of birth, residence, language, caste or community or any other ground whatsoever, feelings of enmity, hatred or ill-will between different religious, racial, language or regional groups or castes or communities, shall be punished with imprisonment which may extend to three years, or with fine, or with both.”

In simpler terms, the circulation of rumours and fake news with an intent to promote or create enmity, hatred etc. is a punishable offence. The punishment can extend to 3 years of prison term and/or penalty.

NCRB provides data on cases registered under Section 505 of IPC

The National Crime Records Bureau (NCRB), under the Ministry of Home Affairs, provides detailed statistics about the state of crimes, and law & order in the country in its annual Crime in India (CII) publication.

Number of cases registered for circulation of ‘fake/false news and rumours’ down by 42% in 2021. 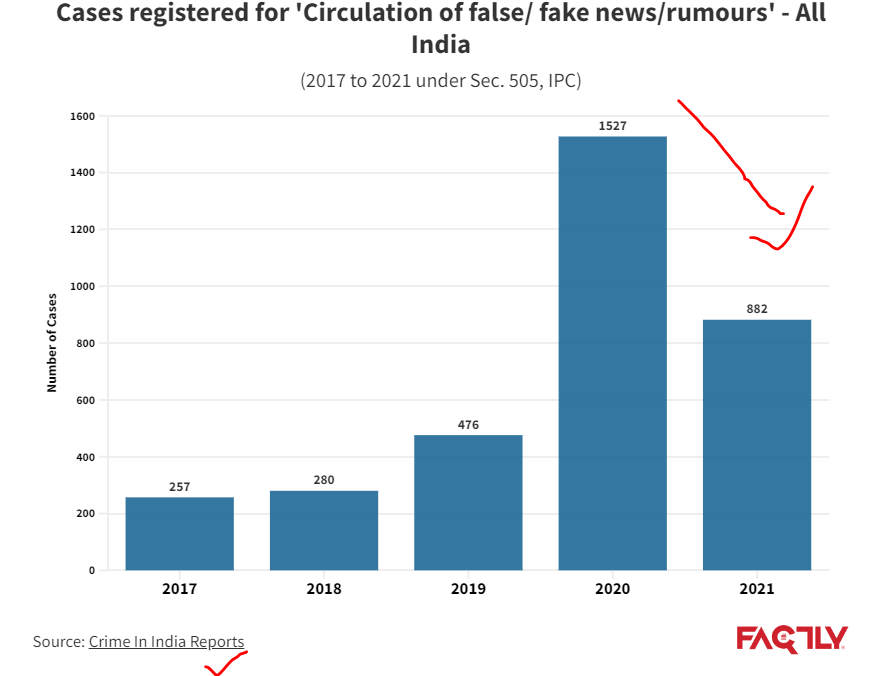 A total of 3,422 cases were registered under Sec. 505 of IPC between 2017 and 2021, out of which 592 were registered in Telangana alone. Tamil Nadu and Madhya Pradesh were next in line with 475 cases registered each. Uttar Pradesh registered 357 cases. 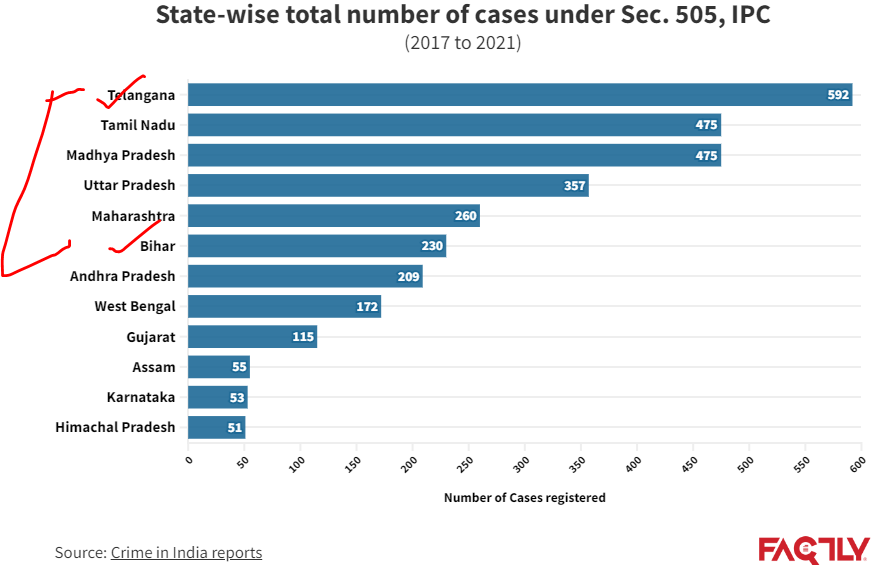 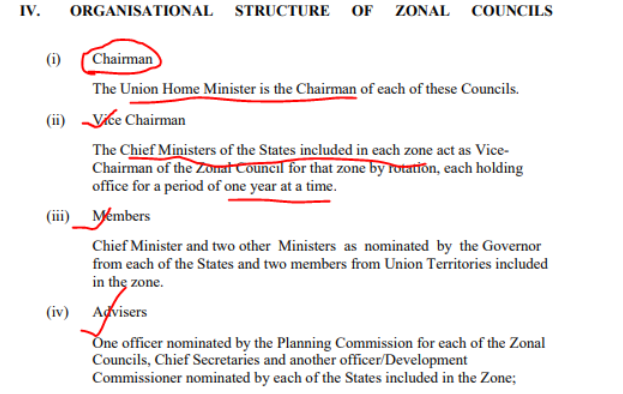 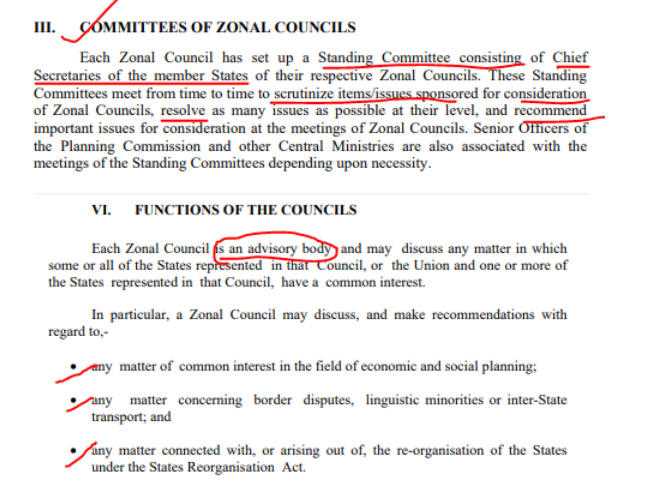