SPARSH is an initiative of Ministry of Defence which aims at providing a comprehensive solution to the administration of pension to the defence pensioners in line with the Government’s vision of ‘Digital India’, ‘Direct Benefit Transfer (DBT)’ and ‘Minimum Government, Maximum Governance’.

The system is administered by Defence Accounts Department (DAD) through the Principal Controller of Defence Accounts (Pensions), and caters to all the three Services and allied organisation.

SPARSH has fundamentally re-engineered the process of pension disbursement – from generation of the Pension Payment Orders (PPOs) to Direct Benefit Transfer of pensions, with the motto of right pension delivered at the right time.

On Saturday, 17 September at the United Nations Transforming Education Summit, world leaders backed the establishment of the first-ever innovative guarantee fund specifically designed to invest in the education of the world’s poorest children and youth­—the International Finance Facility for Education (IFFEd).

IFFEd will directly address the devastating global education crisis and learning inequalities that have been exacerbated by the deadly combination of COVID-19, climate change, and conflicts.

It targets the urgent needs of lower-middle-income countries (LMICs) which are home to more than half of the world’s children and youth and where 3 out of 4 young people leave school without the basic skills to thrive.

Donor governments and multilateral development banks have come together to launch IFFEd and provide an initial $2 billion in additional affordable funding for education programs to be disbursed starting in 2023.

Check below all images: 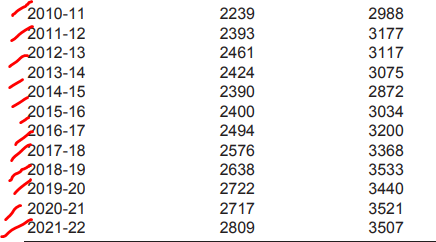 There is an ‘insect apocalypse’ underway across the world. The threats to insects include habitat loss, climate change, land-use change and insecticides. But there appears to be another insidious contributor: polluted air.

Insects have an essential role to play in our ecosystem. They pollinate many of our fruits, flowers and vegetables, contributing significantly to the productivity of at least 75 per cent of global crop species. Their services are vital for India’s food security.

Moreover, given their diversity and abundance, it is inevitable that insects are intimately involved in all terrestrial and freshwater food chains and food webs.

How could pollution hurt insects?