The United Nations Environment Programme (UNEP) recently released the thirteenth edition of the annual Emissions Gap Report ahead of the 27th Conference of Parties that is taking place in Sharm el-Sheikh, Egypt.

As the name suggests, the report highlights the global trends in emissions of greenhouses gases (GHGs) and provides an overview of the gap between the projected emissions by 2030 and the levels to be maintained as per the Paris Agreement in order to limit the global temperature rise to well below 2°C.

However, the total global GHG emissions were 54.4 gigatons CO2 equivalent (GtCO2e) between 2010 and 2019, the highest ever. The emissions are expected to remain the same as in 2019 levels or increase further in 2021.

G20 countries are alone responsible for 75% of the emissions globally

Though in 2020, India became the third highest emitter of GHG after China and USA, the per capita GHG emission of India was only 2.4 tCO2e, much lower than the global average of 6.3 tCO2e. 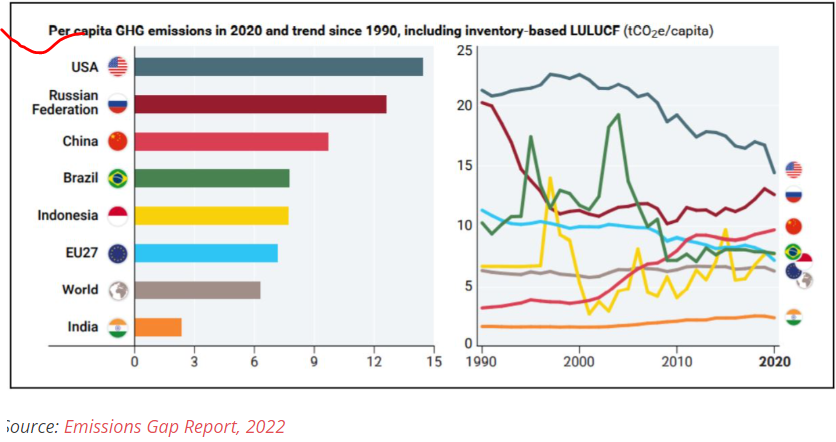 Food systems are responsible for one-third of all emissions

The report focuses on Food systems, which account for one-third of all emissions or 18 GtCO2e a year in addition to being contributors to other environmental damage like land-use change, biodiversity loss, depletion of freshwater resources, and pollution of aquatic and terrestrial ecosystems.

Financial system should overcome its constraints

An annual investment of USD 4-6 trillion is necessary for global transition to low-carbon economy. To make this possible, the report calls for a transformation of the financial system and its structures and processes, engaging governments, central banks, commercial banks, institutional investors, and other financial actors.

A burgeoning import bill, sluggish increase in exports, and a depreciating rupee are all weighing on India’s foreign trade finances. As a result, the country’s current account deficit (CAD) is already at a 10-year high. 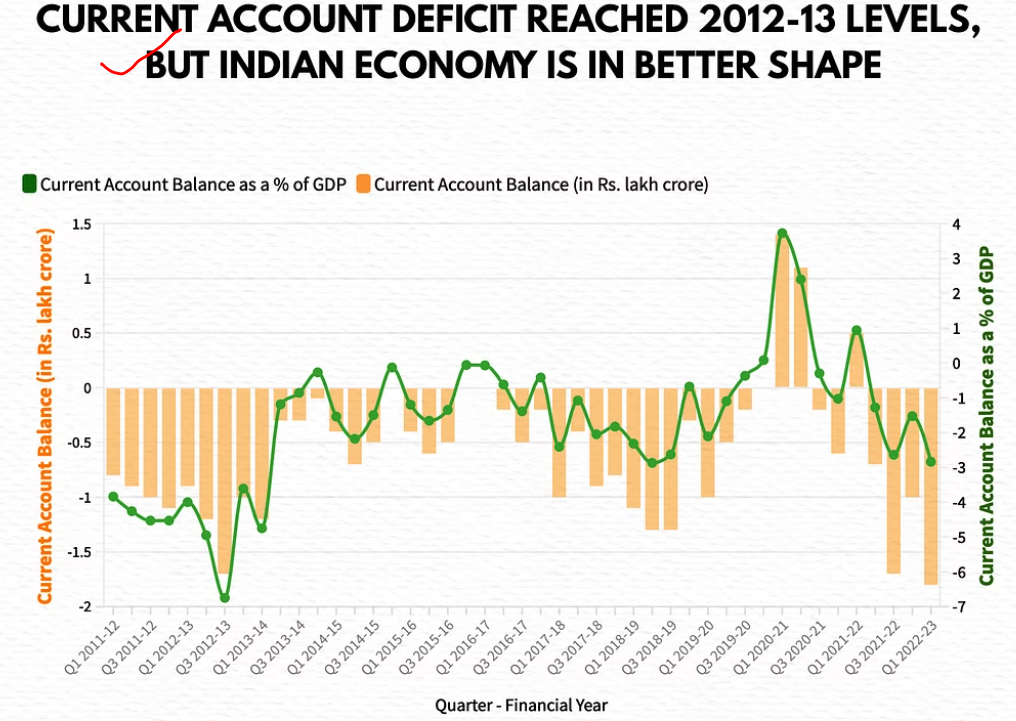 As the numbers stand now, India’s proceeds from the sale of goods and services around the world (by first quarter of the current fiscal year) fall behind its purchases by a quantum of Rs 1.8 lakh crore or 2.8 per cent of the GDP in that quarter. 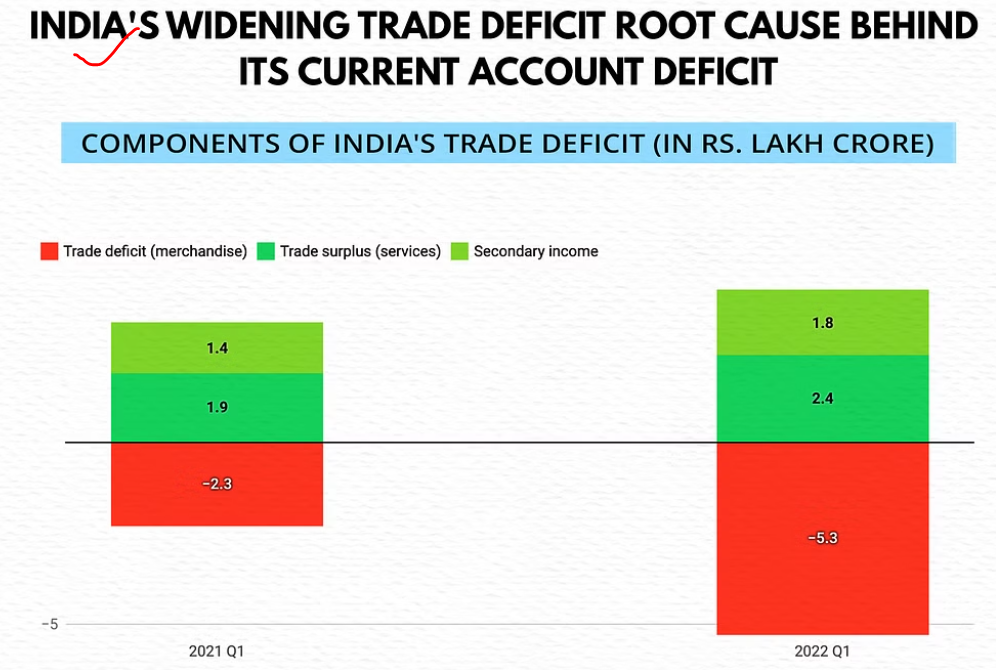 About 14 per cent of India’s 7,089 groundwater assessment units across states have been categorised as over-exploited, while another four per cent fall in the critical category, according to the latest report of the Central Ground Water Board (CGWB), released recently. 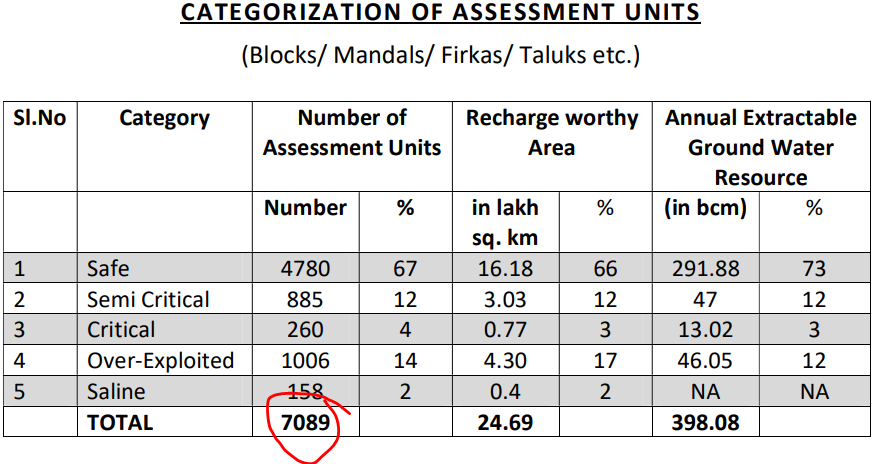 According to the CGWB website, groundwater resources are assessed in units such as blocks, talukas or mandals. These are called groundwater assessment units.

You can zoom and see data clearly: 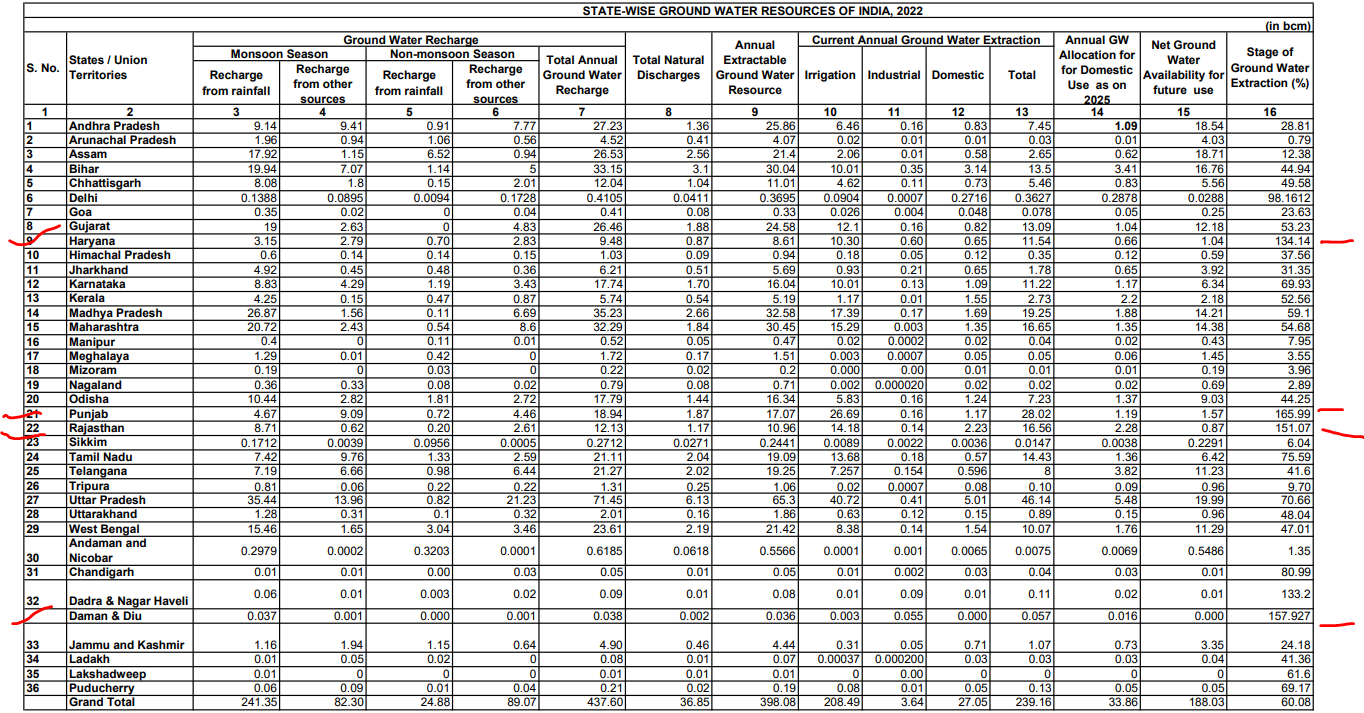 According to the report, about 87 per cent of the total 239.16 bcm groundwater extraction in the country in 2022 was for irrigation purposes. 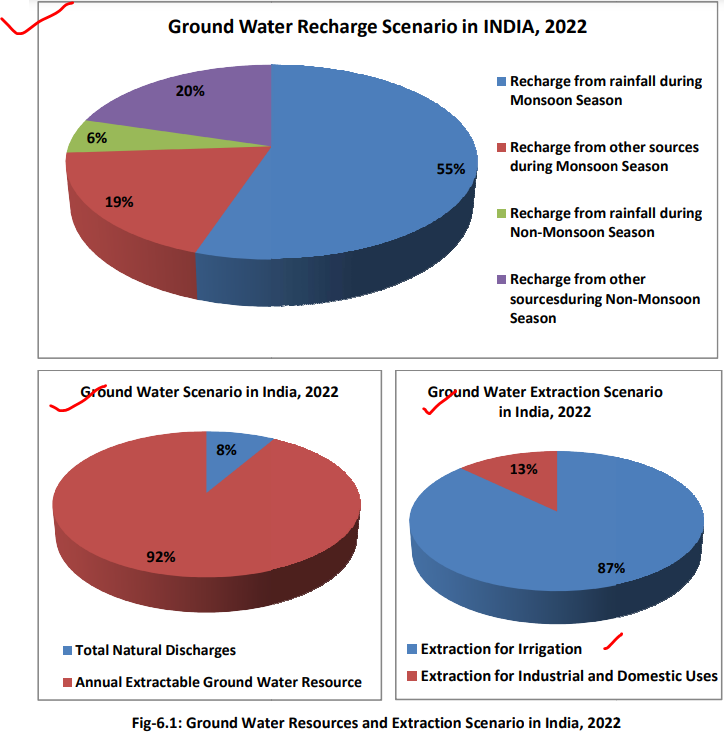 The deepest depth to the water level of 130.77 m bgl is observed at Khara in the Jodhpur district of Rajasthan.