Ministry of Human Resource Development Renamed as Ministry of Education 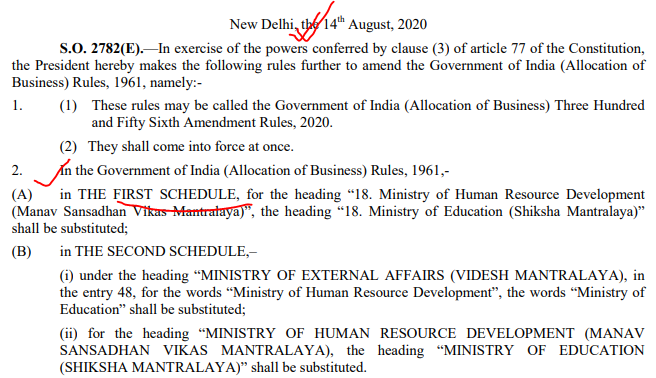 Which of the Rules and constitutional provisions were used for this?

In fact, it was called Ministry of Education until 1985, when the then Government changed its name to HRD Ministry and made several associated Departments its part.

Learn about Government of India (Allocation of Business) Rules, 1961:

Who responsible for the administration of the Government of India (Transaction of Business) Rules, 1961?

The Cabinet Secretariat is responsible for the administration of the Government of India (Transaction of Business) Rules, 1961 and the Government of India (Allocation of Business) Rules 1961, facilitating smooth transaction of business in Ministries/Departments of the Government by ensuring adherence to these rules. The Secretariat assists in decision-making in Government by ensuring Inter-Ministerial coordination, ironing out differences amongst Ministries/Departments and evolving consensus through the instrumentality of the standing and ad hoc Committees of Secretaries. 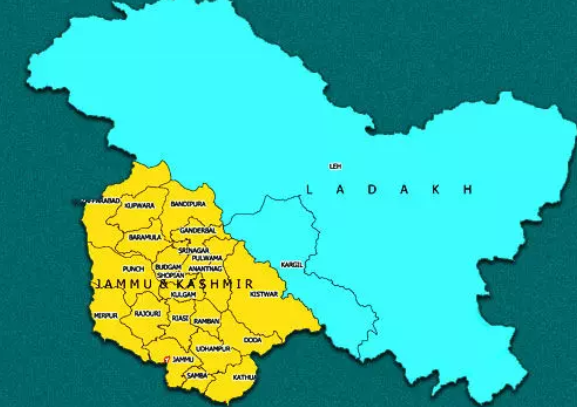 You will find this Act everyday in news whenever we talk about Kashmir, Border issues, etc. Its very important to know what changes this Act has brought. Many students are still not clear about it. So, today we will learn this. Important for this year and next year both.

The Jammu & Kashmir Reorganisation Act, 2019, has reduced the total number of States in India to 28 and increased the total number of Union Territories to 9 (excluding Daman and Dadar merger), thus, the First Schedule of the Constitution stands amended. The Jammu & Kashmir Reorganisation Act, 2019, has 14 Parts, 103 Sections, and 5 Schedules. The preamble of the Act states as follows: -

"An Act to provide for the reorganisation of the existing State of Jammu and Kashmir and for matters connected therewith or incidental thereto."

Representation in the House of the People, Council of States, and Legislative Assembly for the Union Territory of Jammu & Kashmir

Power of the Central Government to Adapt and Modify Laws

Other Changes Brought by the Act 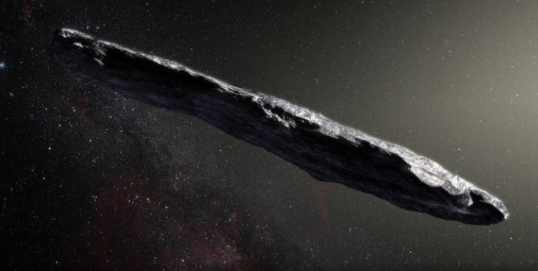 Mystery still continues for Oumuamua. You won’t understand if we don’t explain the story from beginning. For space based related topics, don’t go in much deep. Just read the basic principle underlying the topic and agency associated if any. So, see Oumuamua now.

Researchers had suggested earlier this year that the origins and molecular structure of Oumuamua could be explained by it being a hydrogen iceberg. Among other mysteries, that would help solve the question of how it was able to power itself through such distant space, since pure hydrogen gas would have been able to push it like a rocket. Recently this has been challenged again. Watch a small video.

Babu ChunderSikur Chatterjee, an Indian scientist employed with the Surveyor General of India during the British colonial era, was likely the first person to scientifically document a tornado’s path in 1865, a study from the Indian Institute of Tropical Meteorology (IITM), Pune, has claimed.

By carefully searching and analyzing papers about tornados, Saumyendu De and AK Sahai, scientists at IITM Pune, concluded that Chatterjee’s paper was the earliest record of a tornado’s dynamics in the history of meteorology.

Chatterjee had published his findings in a journal named Proceedings of the Asiatic Society of Bengal, in a paper titled ‘Note on a whirlwind at Pundooah’. The paper described a tornado’s dynamics in meticulous detail and was accompanied by a sketch that mathematically depicted its scale, track and rotation. 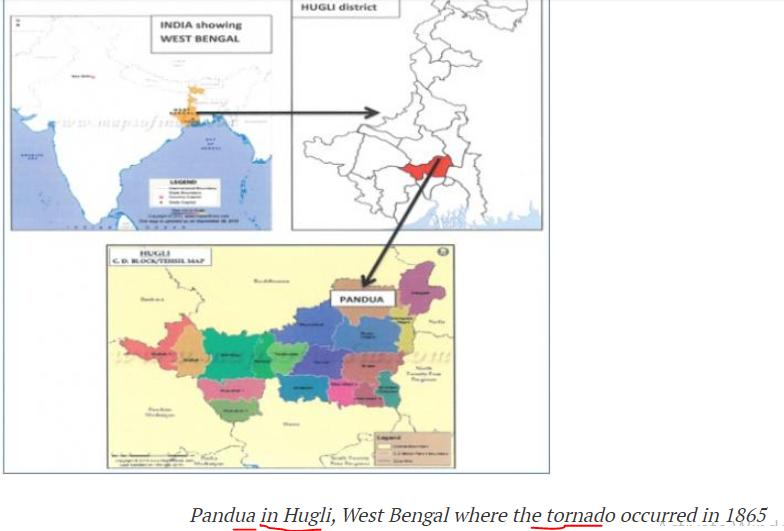 Chatterjee did it differently. He quantitatively mapped the entire trail of á tornado’s destruction. He benefited from the rare opportunity to observe a tornado passing through a railway track where there were conveniently placed markers at predefined locations like railway line mileposts and telegraph posts that enabled him to observe and make clear measurements of the tornado’s direction, dynamics and path. 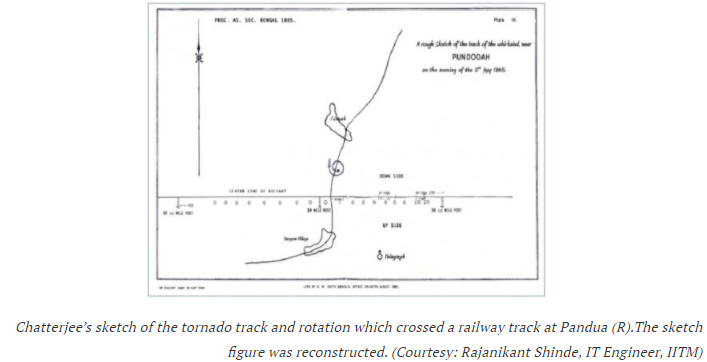 A tornado appears as a strong whirlwind, which is a rapidly rotating column of air with a suction spot at its centre that is in contact with both the Earth’s surface and a thunderhead cloud. It is generally accompanied by extreme weather such as heavy downpours, hailstorms, and lightning.

The tornado documented by Chatterjee had occurred on May 5, 1865, at 18:00 hours in Pandua, located in the Hooghly district of West Bengal. Pundooah is a railway station in the Pandua area of Hooghly. 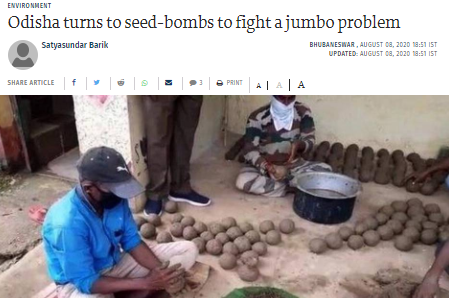 What are seed balls?

A seed bomb is a little ball generally made up of a combination of compost, clay and seeds. The compost and clay act as a carrier for the seeds so they can be launched over walls or fences and into inaccessible areas such as wasteland or railways. The compost offers nutrients for the seeds to germinate and grow strong during their infancy and the clay binds the seed bomb, making it hard enough not to break when it hits the ground.

See the data regarding elephant conflict: 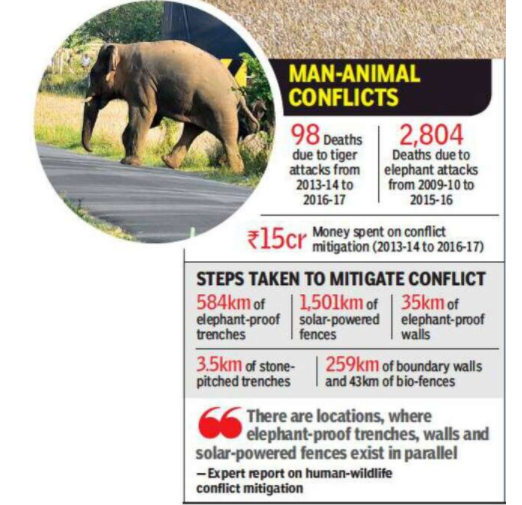 Why they are planting seed balls?