Introduction: Always read the basics of any index or schemes. It will help you in Mains too.

In this article, we will also see various other parameters with respect to India. 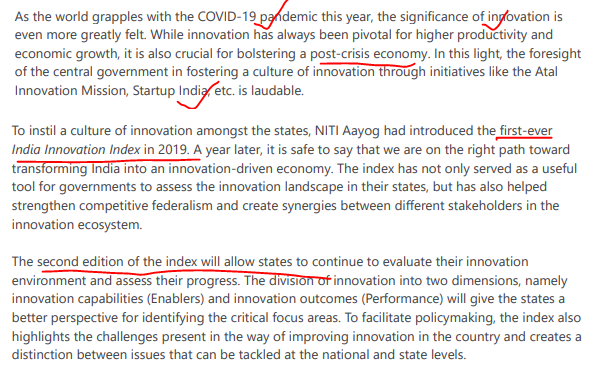 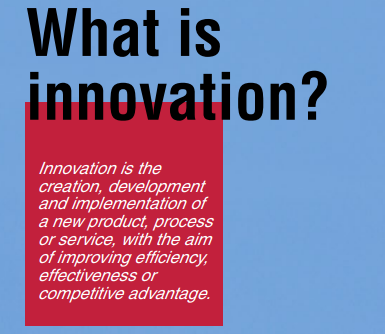 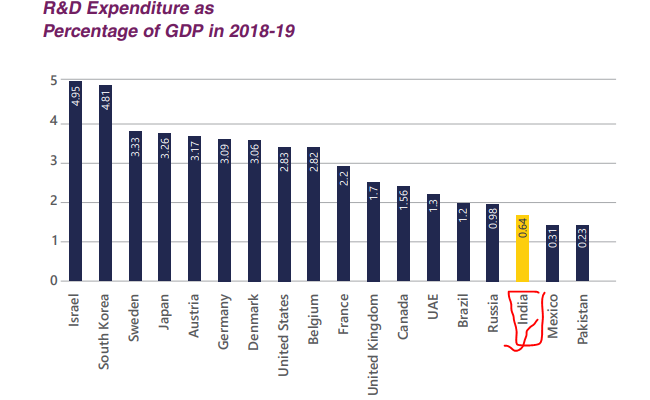 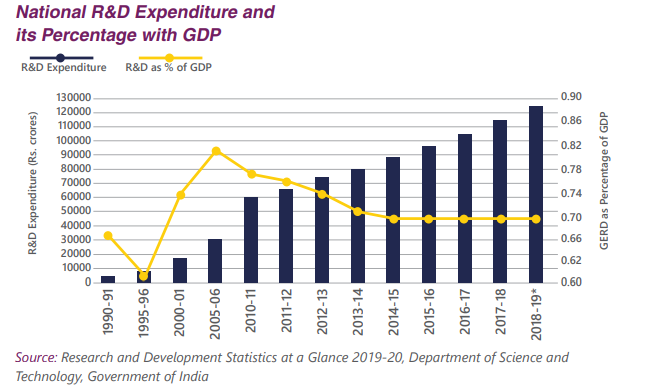 Another important aspect of R&D is the number of personnel engaged in the process of research itself. 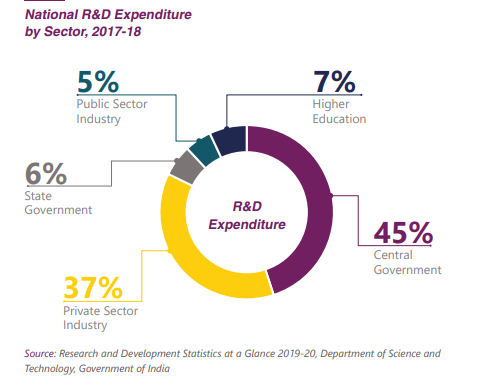 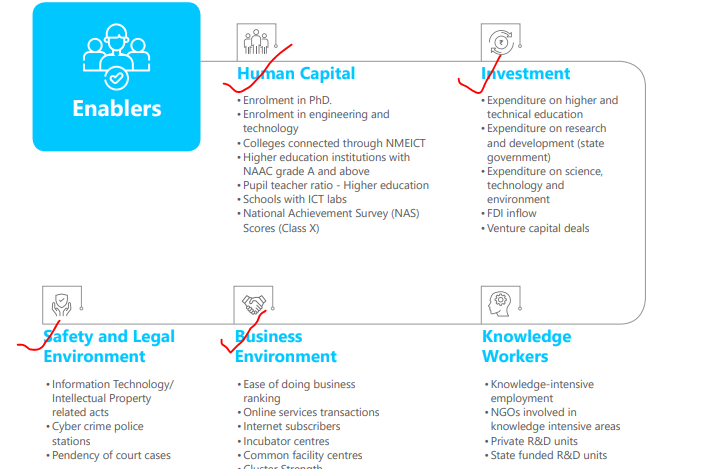 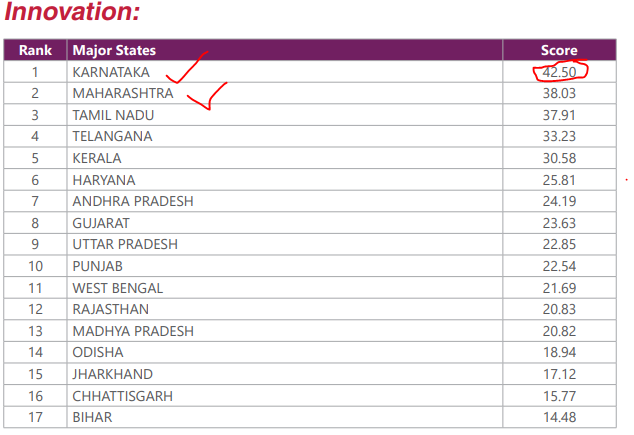 The protesting union leaders said that they will go ahead with their tractor parade on January 26 as it “is their constitutional right to take out a rally peacefully” and asserted that they will raise the issue in the tenth round of talks with government on January 20.

Contrastingly, the government wanted the Court to pass an injunction order to restrain farmers from holding rallies to “disrupt” the Republic Day celebrations in Delhi. The government argued that right to express dissent against the farm laws did not include a right to “malign the nation globally”.

Based on these contrasting arguments from both sides, Supreme Court while showing judicial restraint, 1. Did not call off the tractor rally & 2. Also did not allowed centre to interfere. Rather, SC authorized Delhi Police to take a call on the issue.

Judicial Restraint is a theory of judicial interpretation that encourages judges to:

Judicial restraint helps in preserving a balance among the three branches of government, judiciary, executive, and legislative. The judges and the court encourage reviewing an existing law rather than modifying the existing law.

When Judges start thinking they can solve all the problems in society and start performing legislative and executive functions (because the legislature and executive have in their perception failed in their duties), all kinds of problems are bound to arise. Judges can no doubt intervene in some extreme cases, but otherwise they neither have the expertise nor resources to solve major problems in society. Also, such encroachment by the judiciary into the domain of the legislature or executive will almost invariably have a strong reaction from politicians and others.

Future climate change will cause a regionally uneven shifting of the tropical rain belt -- a narrow band of heavy precipitation near the equator -- according to researchers at the University of California, Irvine and other institutions. This development may threaten food security for billions of people. 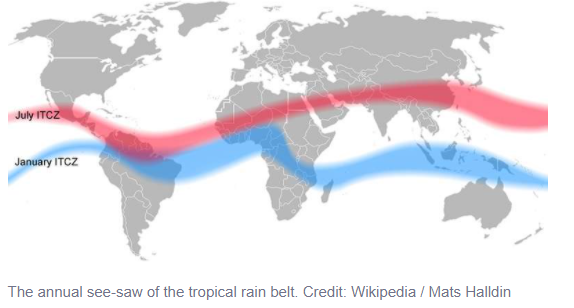 The tropical rain belt is the region around the tropics that receives abundant rainfall. It is largely the manifestation of the ITCZ (Intertropical Convergence Zone).

The belt shifts roughly between the equator and the fifteenth parallel north (south) latitude. Near these latitudes one dry and one wet season occurs. On the other hand, there are two wet and two dry seasons in the equator as the belt passes through the equator twice.

The Inter Tropical Convergence Zone, or ITCZ, is a belt of low pressure which circles the Earth generally near the equator where the trade winds of the Northern and Southern Hemispheres come together. 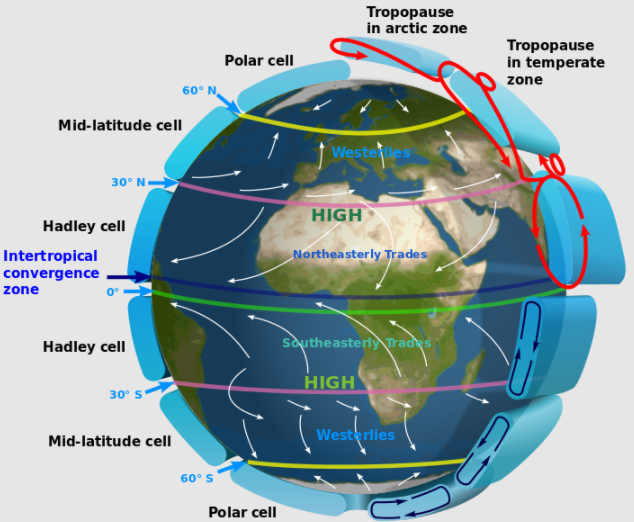 The air in the tropics warm up quickly. The warm air rises up. As the hot air rises, the cold air occupies the vacant spaces. As more and more cold air replaces the warm air, the tropics lose their ability to hold moisture. As a result, the excess moisture turns into rain showers and thunderstorms. This is the main reason for abundant rain in the tropics

A geographical indication (GI) tag has been sought for one of the costliest mushrooms in the world that grows in Jammu and Kashmir’s Doda district. 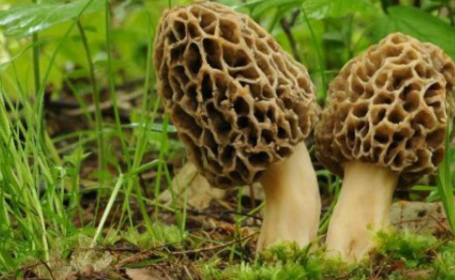 Due to their antioxidant and antimicrobial effects, the mushrooms are cherished. They are also considered a rich source of calcium, vitamin B and carbohydrates. The GI tag would help local farmers trying to grow them on their farms.

Other GI Products of Jammu and Kashmir: