After you read this, please make sure whenever you see this Mission again, you will remember all the points we are going to mention now. Don’t start learning from new source again. This is a big problem when we you read so many things again and again.

National Mission for Clean Ganga (NMCG) was registered as a society on 12th August 2011 under the Societies Registration Act 1860. It acted as implementation arm of National Ganga River Basin Authority(NGRBA) which was constituted under the provisions of the Environment (Protection) Act (EPA),1986.

But, NGRBA has since been dissolved, consequent to constitution of National Council for Rejuvenation, Protection and Management of River Ganga (referred as National Ganga Council).

Function of Empowered Committee: The Empowered Task Force on River Ganga shall co-ordinate and advise on matters relating to rejuvenation, protection and management of River Ganga and its tributaries.

The PCA was established by the Convention for the Pacific Settlement of International Disputes, concluded at The Hague in 1899 during the first Hague Peace Conference. The Conference had been convened at the initiative of Czar Nicolas II of Russia “with the object of seeking the most objective means of ensuring to all peoples the benefits of a real and lasting peace, and above all, of limiting the progressive development of existing armaments.”

It is an intergovernmental organization providing a variety of dispute resolution services to the international community. 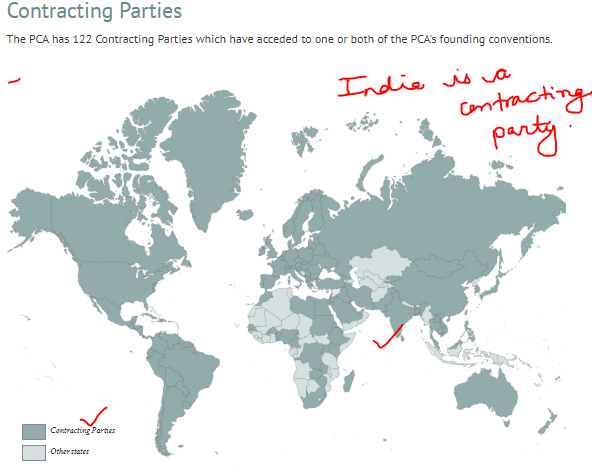 What Moral Philosophy Teaches Us About Eliminating Drug Tests on Animals in India?

Important for ethics Paper and also animal lovers will like this article.

Many drug and cosmetics manufacturers across the world currently test the safety and potency of their products on animals. As a result, thousands of animals like rabbits, rats, mice, monkeys and dogs are frequently kept in subpar conditions in laboratories and suffer physical and psychological trauma.

India was the first South Asian country to ban animal testing for cosmetics.

Why law is impotent in India?

In India, the legal position on experimentation on animals is captured under the Prevention of Cruelty to Animals (PCA) Act 1960 and its regulations.

Under the PCA, a statutory body to control and supervise experiments on animals has been set up. Its main objective is to ensure judicious use of animals in research. It also makes sure persons and establishments that experiment on animals are properly registered and oversees housing and feeding provisions. This body can also direct persons and institutions to not perform certain experiments.

However, contravening any decision by this body invites a fine of only Rs 200. Similarly, a person violating the PCA is liable to be punished but the extent of punishment hasn’t been specified. So, the PCA is effectively impotent.

What other steps India has taken?

At the same time, India has taken a few steps to reduce animal testing for drugs.

So, the Indian animal rights movement towards securing the rights of animals used in labs has achieved some victories. Even if animal testing hasn’t been eliminated altogether, the activism has helped erode the importance of animal-testing for drugs.

A way Forward: What scientists have to say

Conclusion: In a society that currently doesn’t recognize the inherent worth of all animals, lobbying for laws to protect animal rights warrants a piecemeal rather than absolutist approach. Indian laws on animal testing are relative more progressive than those in other countries (but the PCA specifically also has no teeth), thanks in part to the Indian animal rights movement’s cautious approach. Let’s hope that they continue with similar success until the endgame: to replace animal testing with more sustainable, empathetic and fool-proof solutions.

Landraces are defined as dynamic populations of a cultivated plant with a historical origin, distinct identity, often genetically diverse and locally adapted, and associated with a set of farmers’ practices of seed selection and field management as well as with a farmers’ knowledge base.

These are as opposed to commercially grown crops, which are developed by selective breeding (hybrids) or through genetic engineering to express a certain trait over others. 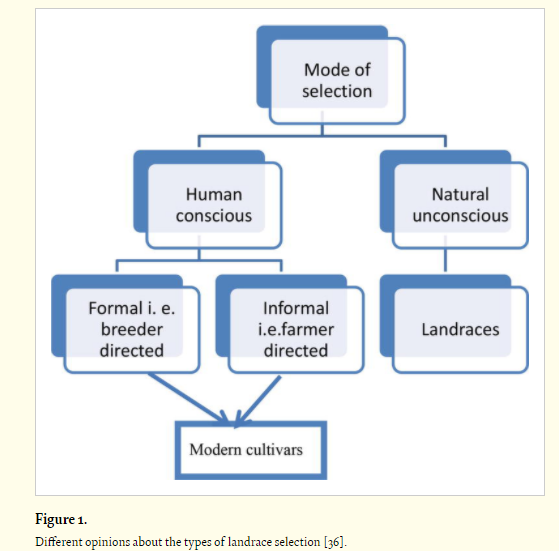 Naturally occurring landraces have a large pool of still untapped genetic material, which can provide solutions to the threat of climate change. Genetic diversity is nature’s survival mechanism. The wider the gene pool, the more the chance of developing a trait that can help in surviving extreme climate events. Biodiversity allows a natural mechanism for crops to develop traits to face challenging situations. However, given the large-scale human interference in crop selection, that ability is now lost in most commercially crops.

There is a misconception that landraces have lower yields than hybrids. But this is not true as with proper agricultural practices, landraces can give better yield with lower input costs.