Prime Minister Narendra Modi appealed to farmers December 16 to ensure that at least one village in every gram panchayat goes for natural farming methods. He highlighted the importance of ‘gaudhan’, or use of cow dung-urine formulations, with an aim of giving a fillip to natural farming.

The government, however, has ignored a crucial recommendation by the parliamentary Standing Committee on Agriculture to procure cow dung from farmers to boost organic farming and solve the menace of stray cattle on the same lines as Chhattisgarh’s Godhan Nyay Yojana, its cow dung procurement scheme.

If we see the current status of organic farming in India:

The country’s organic / natural farming coverage remains poor despite abundant indigenous resources. Out of 140.1 million hectares (ha) net sown area, only 0.409 million ha is under natural farming in Andhra Pradesh, Chhattisgarh, Kerala, Himachal Pradesh, Jharkhand, Odisha, Madhya Pradesh and Tamil Nadu, according to a written reply by the government in Lok Sabha in August. Only 2.7 per cent of the total sown area was under organic farming.

India ranks first in number of organic farmers and ninth in terms of area under organic farming. Sikkim became the first State in the world to become fully organic and other States including Tripura and Uttarakhand have set similar targets.

The Food Safety and Standards (Organic Foods) Regulations, 2017 are based on the standards of NPOP and PGS.

Prime Minister Shri Narendra Modi has approved the Treaty on Mutual Legal Assistance in Criminal Matters between the Government of the Republic of India and the Republic of Poland with a view to enhance capability and effectiveness of both countries in investigation and prosecution of crimes, including crimes related to terrorism through mutual legal assistance. 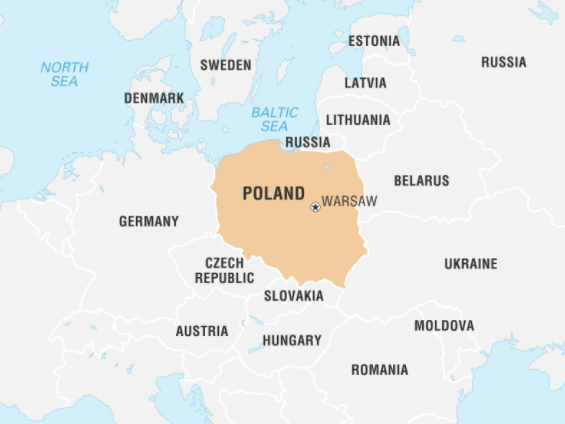 It will increase effectiveness of India in tackling criminal activities involving Poland.  Once in operation, the Treaty will be instrumental in gaining better inputs and insights in the modus operandi of organized criminals and terrorists.

Number of cases of ‘Vector-Borne Diseases’ increase in 2021

We look at this data and analyse the trends for each of these diseases. 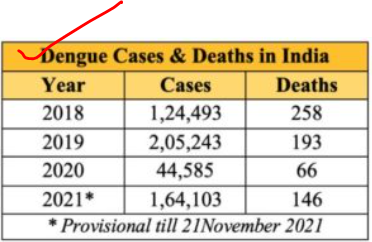 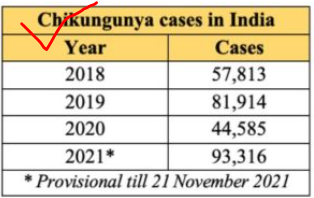 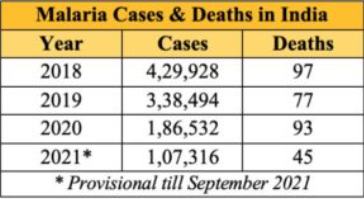 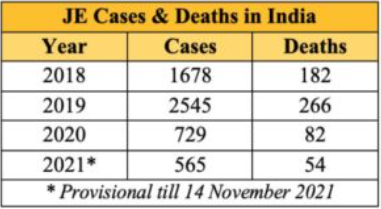 As per the data provided in Rajya Sabha, Kala Azar was reported in 6 states of the country – Bihar, Jharkhand, West Bengal, Uttar Pradesh, Sikkim & Kerala. There is an overall declining trend in the number of cases. As of October 2021, a total of 1152 cases of Kala Azar were reported across the country. 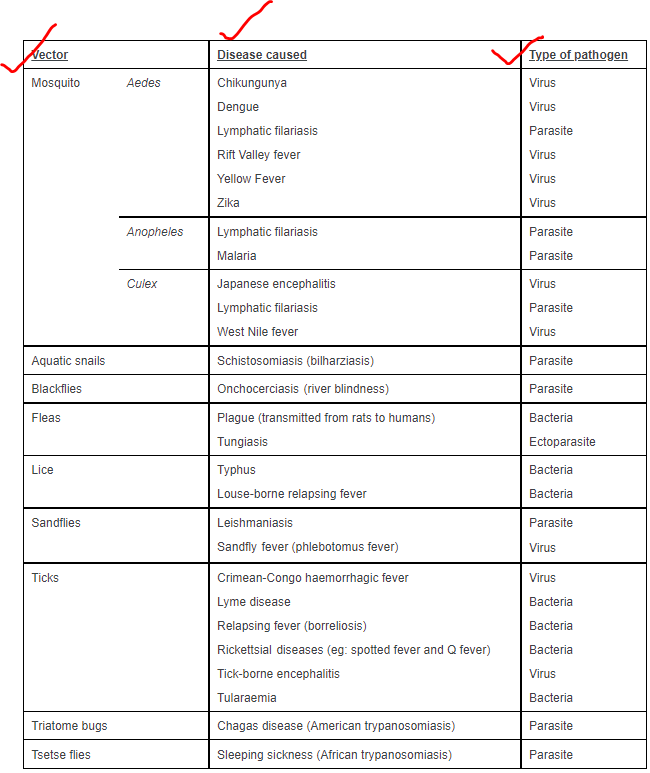 FPI outflow, fears over US Fed taper pull Re below 76-mark

The above is news from Indian Express. The following are some relevant points.

1) During the Covid crisis, Federal Bank of US pumped money into the economy by buying US Govt. bonds which is also called Quantitative Easing.

Tapering refers to the theoretical reversal of quantitative easing (QE) policies, which were implemented to stimulate economic growth. Tapering refers specifically to the reduction in the purchasing of and accumulation of assets/bonds.

3) The Federal Reserve would stop this Tapering process by March 2022 and THEN it will start increasing the INTEREST rates (opposite of Quantitative Easing) to bring down the inflation which is running at a multi decade high level [The annual rate of inflation in the United States hit 6.2% in October 2021, the highest in more than three decades, as measured by the Consumer Price Index (CPI).]

4) So, because of the upcoming interest rate hikes and also due to imminent Omicron threat........the Foreign Portfolio Investors (FPIs) started running out of the Indian Markets (mostly from equities but debt as well) and this resulted in Rupee Depreciation. Actually when FPIs sell shares/bonds in the Indian market then they get RUPEE and then this Rupee they sell in our Forex Market and purchase dollars to return to US. So, the demand of dollars increases and dollar appreciates which results in rupee depreciation.

5) This rupee depreciation will make our exports more competitive i.e., it will benefit exporters but the cost of our imports will rise which will further increase inflation in India.