What are Neglected Tropical Diseases (NTD)?

Neglected tropical diseases (NTDs) can be defined as a diverse group of communicable diseases that prevail in tropical and subtropical conditions. Populations living in poverty, without adequate sanitation and in close contact with infectious vectors and domestic animals and livestock are the worst affected.

Lacking a strong political voice, people affected by these tropical diseases have a low profile and status in public health priorities. Lack of reliable statistics and unpronounceable names of diseases have all hampered efforts to bring them out of the shadows.

According to the WHO, some of the major NTDs can be listed as follows: Just remember the names. 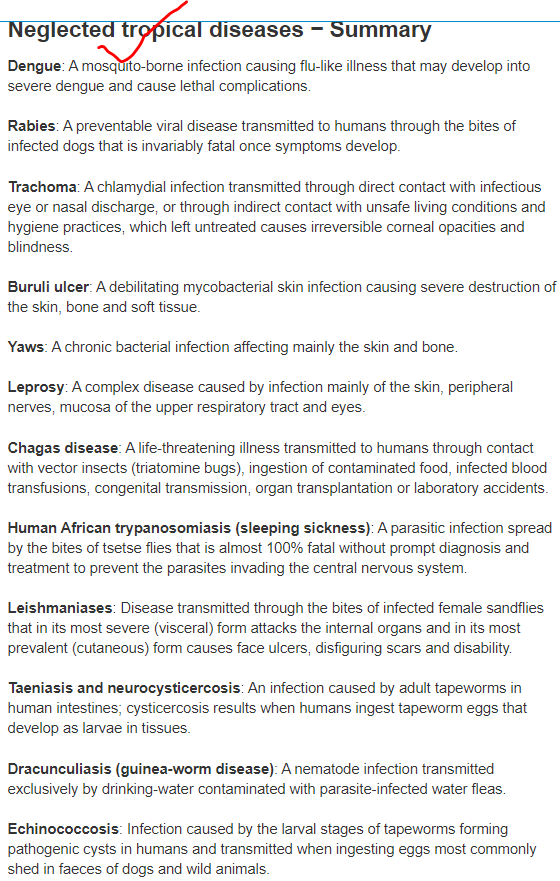 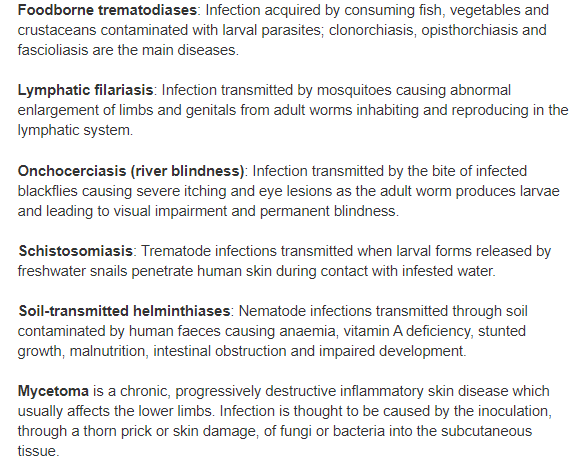 Status of India with respect to Neglected Tropical Diseases:

As shown in Table, today the nation of India experiences the world’s largest absolute burden of at least 11 major NTDs.

This is bit technical topic, but we have tried to explain you best.

While a standard computer handles digital bits of 0s and 1s, quantum computers use quantum bits or qubits, which can take any value between 0 and 1. And if you entangle the qubits, you can solve problems that classical computers cannot. A future quantum computer could, for example, crack any of today’s common security systems – such as 128-bit AES encryption – in seconds. Even the best supercomputer today would take millions of years to do the same job.

Quantum technology is a class of technology that works by using the principles of quantum mechanics (the physics of sub-atomic particles), including quantum entanglement and quantum superposition.

What is quantum entanglement?

Quantum entanglement is when two atoms are connected, or entangled, despite being separated. If you change the properties of one of them, the other changes instantly.

One possibility this creates is in enhancing the security of communication through quantum protected cipher keys. You can use entangled atoms to detect whether someone has interfered with the transmission of data

For example, you can have two entangled atoms with clockwise and anticlockwise ‘spins’. One atom is sent with the encryption key and if an eavesdropper intercepts the transmission, this causes a change in the ‘spin’ of the atom, affecting the overall quantum state of the system and resulting in the detection of the eavesdropping attempt.

What is quantum superposition?

Quantum superposition is the theory that sub-atomic particles exist in multiple states simultaneously. It’s the crux of the Schrodinger’s Cat thought experiment - a cat, a flask of poison and a radioactive source are in a sealed box. If a Geiger counter detects radioactivity, it shatters the flask, releasing the poison and killing the cat. Since the radioactivity detection is a statistical process, the cat can be both alive and dead while the box is sealed, with the outcome only confirmed when you open the box and observe the cat to be in one state or the other.

The practical application of this mind-bending version of reality is most obvious in quantum computers. While digital computers store data as bits (the ones and zeros of binary), quantum computers use qubits that exist as a one, zero or both at the same time. This superposition state creates a practically infinite range of possibilities, allowing for incredibly fast simultaneous and parallel calculations.

Here’s a quick definition of the four main types of quantum technology.

An easy way to think about quantum communication is that it’s about data transmission. Quantum-based channels could help companies share more information with greater security. It’s also the foundation of what’s called the quantum internet.

Quantum communication promises to deliver an additional layer of security. Even if information is intercepted, it would be difficult to impossible to decipher.

While both classical and quantum computing are focused on data processing, the latter represents information as elements called qubits. Among quantum computing’s potential benefits is the ability to help business solve certain problems exponentially faster.

Quantum computing is well-suited for processes that can tax the limits of classical computing, like warehouse management and transportation logistics. Major automotive companies are already testing how quantum can streamline the delivery of multiple products to multiple locations. This is totally different from current navigation systems. With quantum, logistics providers hope to map optimal routes based on current traffic and shipments for every vehicle in real-time ‒ all at once.”

Medical diagnostics is another area where quantum’s promise shines. Magnetic Resonance Imaging (MRI) has always been based on quantum technology. The newest advancements in quantum sensing improve accuracy, giving physicians a clearer picture of the patient’s body. The technology extracts information from individual atoms, which is much more precise than just measuring a group of atoms.

Scientists and researchers in industries like pharmaceuticals and chemistry are looking at quantum simulation to develop better products and save money.

If you want to create a drug with special properties or predict how different components will interact and behave with specific results, quantum simulation could be less expensive and faster. Instead of experimental trial, error and often happenstance discoveries, industries could predict results faster and with greater accuracy. Quantum simulation can model larger quantum systems compared to classical or even supercomputers.

Quantum technology is manifested through applications in secure communication, disaster management through better prediction, computing, simulation, chemistry, healthcare, cryptography, imaging among others. Scientists have expanded quantum theory to understand biological phenomena such as smell, consciousness, enzyme catalysis, photosynthesis, avian navigation like that of the Robin, origin of life and effects on coronavirus.

In context of India:

India is currently at the forefront of tapping the second quantum revolution through massive investments in the field. Union Budget 2020-21 proposed to spend ₹8,000 crore ($ 1.2 billion) on the newly launched National Mission on Quantum Technologies and Applications (NMQTA) and ₹ 3660 Crore for National Mission on Interdisciplinary Cyber Physical Systems (NM-ICPS).

See both missions in brief: 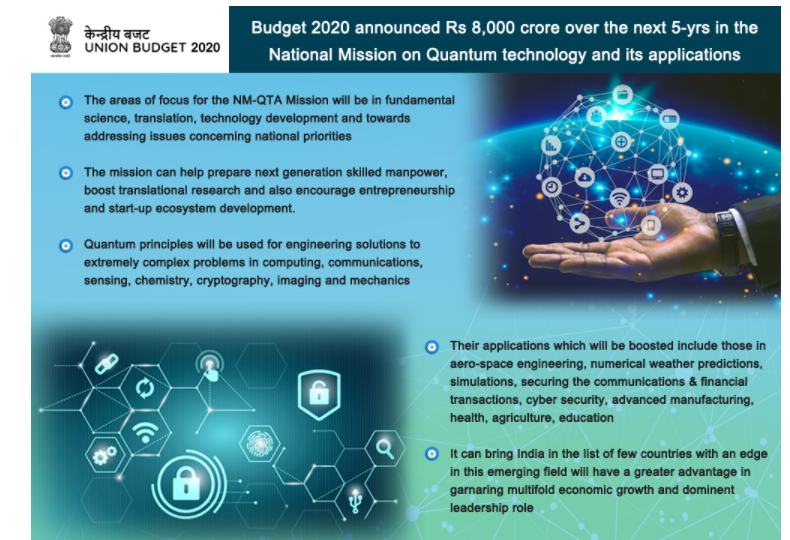