As per the definition provided in the Consumer Protection Act, 2019, Direct selling means

This segment has largely remained unregulated in India, and the current rules are aimed at bringing in some form of regulation.  With the lack of a specific regulation related to direct selling, direct sellers used to be covered under – The Prize Chits and Money Circulation (Schemes), Banning Act, 1978.

Thus, these rules are applicable to all one-to-one sales, multi-level marketing, etc. However, Pyramid schemes are strictly prohibited. In its definition of the direct selling entity, the Rules explicitly state that it does not include an entity that is engaged in a Pyramid scheme or Money circulation scheme.

The Rules also clearly define a Pyramid scheme as one that has a multi-layered network of subscribers who are involved in enrolling more subscribers to receive any benefit, either directly or indirectly.

A few of the important rules for the Direct selling entities include:

All the entities that fall within the definition of Direct seller are to ensure compliance with these rules within 90 days.

Soil organic carbon is a measurable component of soil organic matter. Organic matter makes up just 2–10% of most soil's mass and has an important role in the physical, chemical and biological function of agricultural soils.

Soil organic carbon (SOC) content is important for climate change mitigation, but it is equally important for farmers and biodiversity.  Increasing soil carbon has the effect of drawing down carbon from the atmosphere, while simultaneously improving soil structure and soil health, soil fertility and crop yields, water retention and aquifer recharge. A soil must have at least 5% organic matter to be considered healthy.

In recent years, “carbon farming” has gained traction. It is the process of changing agricultural practices or land use to sequester carbon in soil and litter, as well as emission avoidance through better land management.

What is soil organic matter?

SOM is composed mainly of carbon, hydrogen and oxygen, and has small amounts of other elements, such as nitrogen, phosphorous, sulfur, potassium, calcium and magnesium contained in organic residues. It is divided into ‘living’ and ‘dead’ components and can range from very recent inputs, such as stubble, to largely decayed materials that are thousands of years old. About 10% of below-ground SOM, such as roots, fauna and microorganisms, is ‘living’ (Figure 1). 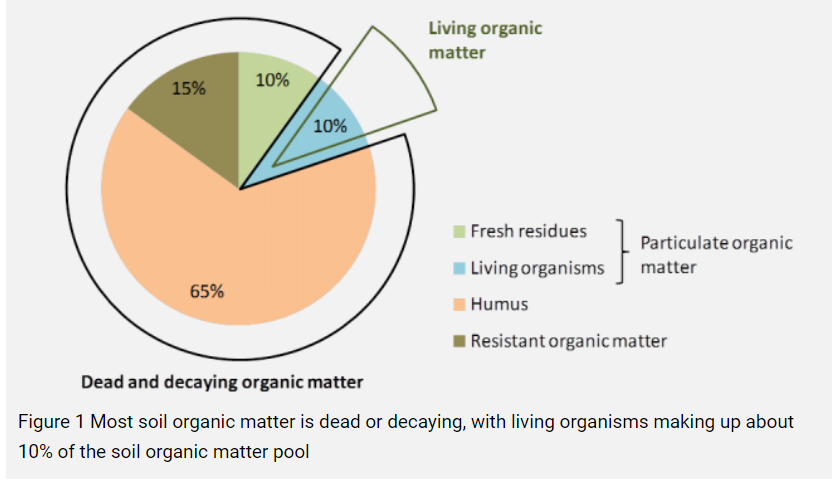 SOM exists as 4 distinct fractions which vary widely in size, turnover time and composition in the soil:

The Asian Infrastructure Investment Bank (AIIB) is a multilateral development bank that aims to improve economic and social outcomes in Asia.

The bank was proposed by China in 2013 and the initiative was launched at a ceremony in Beijing in October 2014.

AIIB aims to create a better tomorrow for billions of people by investing in sustainable infrastructure in Asia and beyond.

AIIB began operations in 2016 with 57 founding Members (37 regional and 20 nonregional). By the end of 2020, we had 103 approved Members representing approximately 79 percent of the global population and 65 percent of global GDP.

In 2018, AIIB was granted Permanent Observer status in the deliberations of both the United Nations General Assembly and the Economic and Social Council, the two development-focused principal organs of the global body.

Where is AIIB headquartered?

AIIB is headquartered in Beijing, China.

What is the greenhouse effect?

The Earth’s surface absorbs about 48 per cent of incoming solar energy, while the atmosphere absorbs 23 per cent. The rest is reflected back into space. Natural processes ensure that the amount of incoming and outgoing energy are equal, keeping the planet’s temperature stable,

However, GHGs, unlike other atmospheric gases such as oxygen and nitrogen, are opaque to outgoing infrared radiation. As the concentration of GHGs in the atmosphere increases due to human-caused emissions, energy radiated from the surface becomes trapped in the atmosphere, unable to escape the planet. This energy returns to the surface, where it is reabsorbed.

Since more energy enters than exits the planet, surface temperatures increase until a new balance is achieved. This temperature increase has long-term climate impacts and affects myriad natural systems.

What are the major greenhouse gases?

What are the other greenhouse gases?

Fluorinated gases – such as hydrofluorocarbons, perfluorocarbons and sulphur hexafluoride – are GHGs that do not occur naturally. Hydrofluorocarbons are refrigerants used as alternatives to chlorofluorocarbons (CFCs), which depleted the ozone layer and were phased out thanks to the Montreal Protocol. The other gases have industrial and commercial uses.

While fluorinated gases are far less prevalent than other GHGs and do not deplete the ozone layer like CFCs, they are still very powerful. Over a 20-year period, the various fluorinated gases’ global warming potential ranges from 460–16,300 times greater than that of CO2.

Sabang port in Aceh is around 90 nautical miles from the Indian islands of Andaman and Nicobar. Important to note, Sabang sits at the entrance of the Strait of Malacca, which is considered to be a key global choke point. 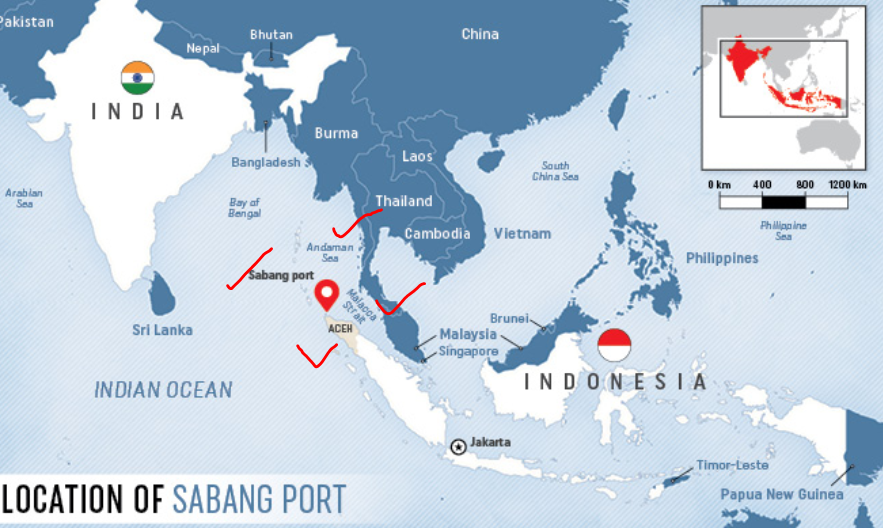