The Government of India, in consultation with the Reserve Bank of India, has decided to issue Sovereign Gold Bonds in tranches.

The features of the Bond are as under: 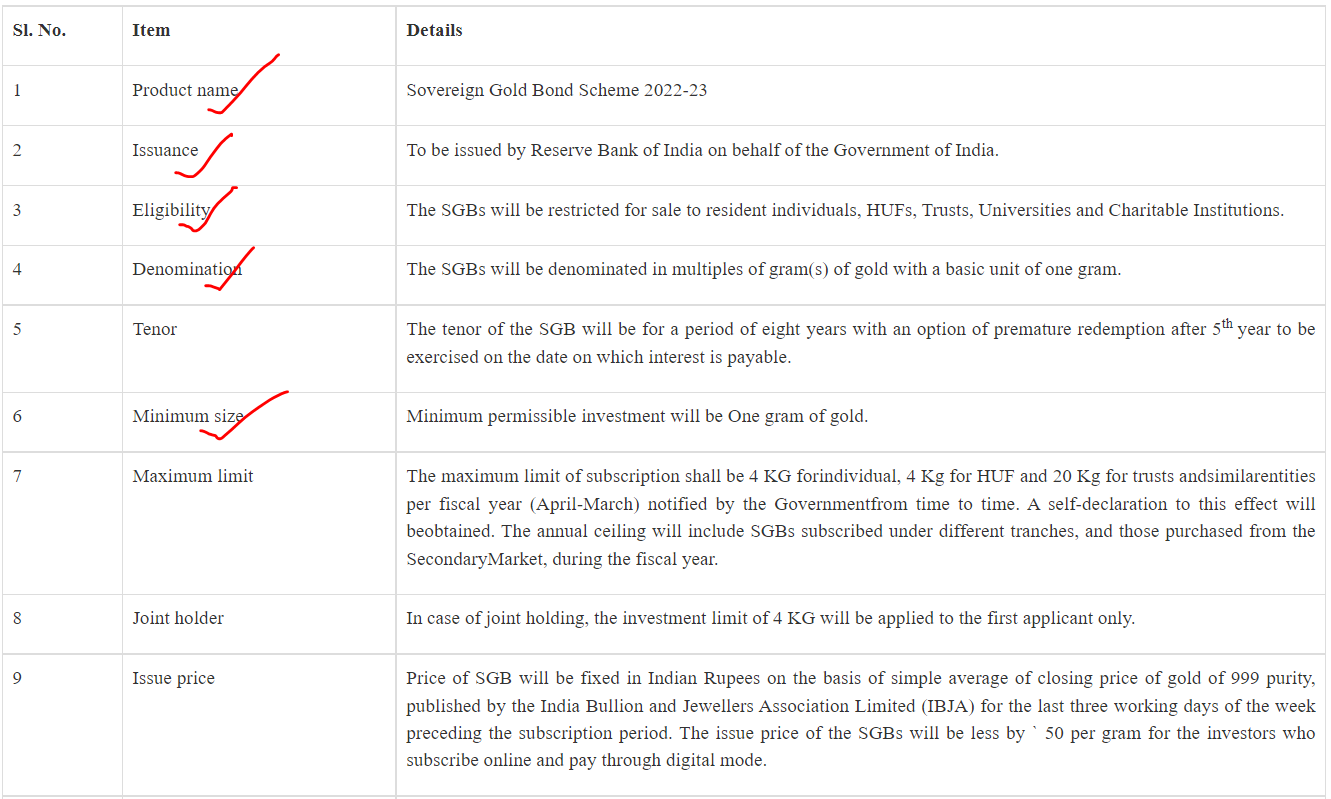 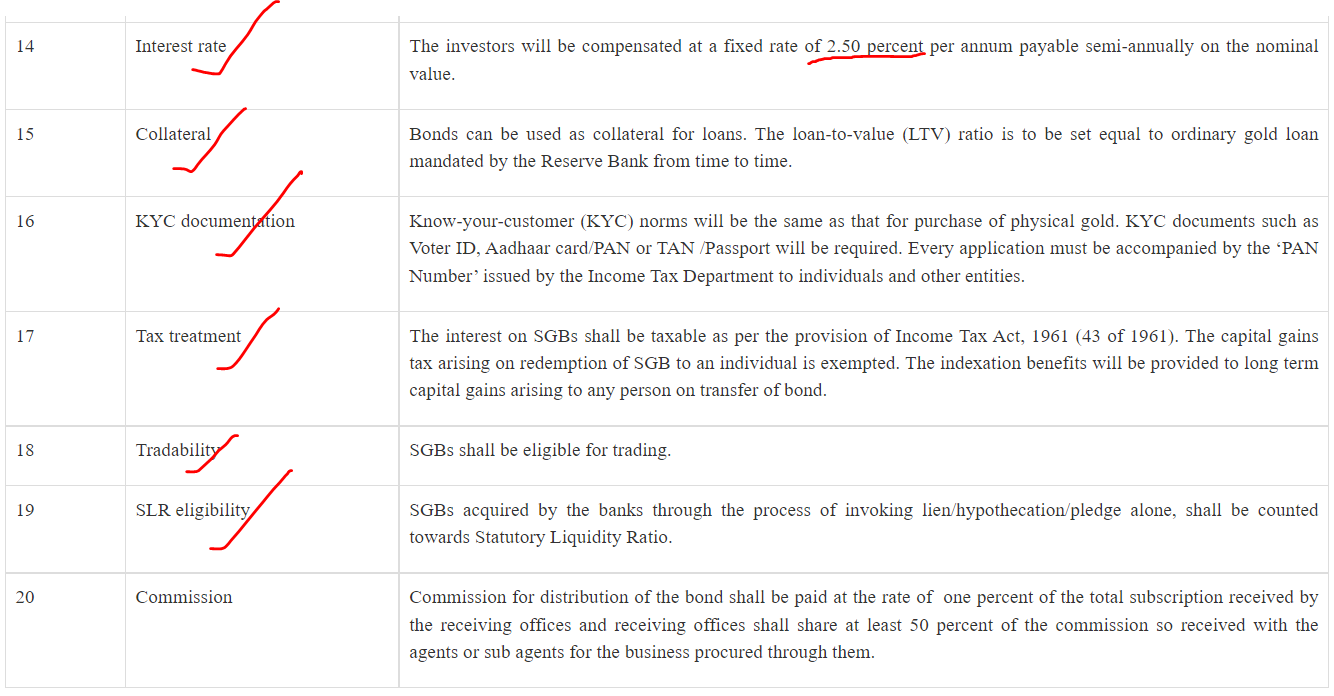 In a move symbolic of the changing and democratic nature of communications at the United Nations, the 76th session of the United Nations General Assembly (UNGA) adopted an India-sponsored resolution on multilingualism.

The resolution promoted the UN’s Department of Global Communications to use both official and non-official languages, including Bangla, Hindi, and Urdu, in its communications. It also mentioned languages like Portuguese, Kiswahili, and Persian.

Across the world, lakes fed by rivers, glacial melt, groundwater and rain have played an important role in human civilization and development. They contain 90 per cent of the fresh water on the planet’s surface, house an array of wildlife, and make possible farming, fishing and industry. Yet, due to climate change, pollution, mining, population pressure, and unsustainable land use, they are declining at an unprecedented rate.

Recognizing these threats, in March 2022 the United Nations Environment Assembly adopted a resolution on Sustainable Lake Management. It calls on countries to protect, restore, and sustainably use lakes, while integrating them into national and regional development plans.

This is the first ever United Nations resolution specifically focusing on the sustainable management of lakes, without distinguishing between freshwater, alkaline, saltwater or soda lakes.

The March 2022 UN Environment Assembly also adopted a resolution asking UNEP to support Member States in the development of national action plans to sustainably manage nitrogen, a nutrient in fertilizer that can create aquatic “dead zones”.

Depletion of oxygen in coastal waters causes mortality and emigration of fish, crustaceans, and other animals. The resulting areas that appear largely lifeless are known as “dead zones.” The lack of oxygen (hypoxia) is primarily due to increased microbial respiration accompanying the decomposition of organic material. 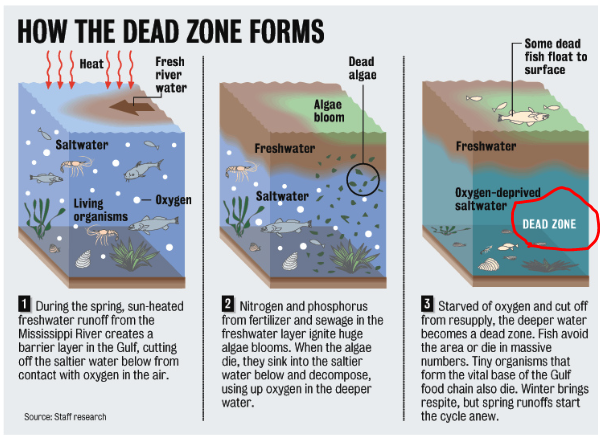 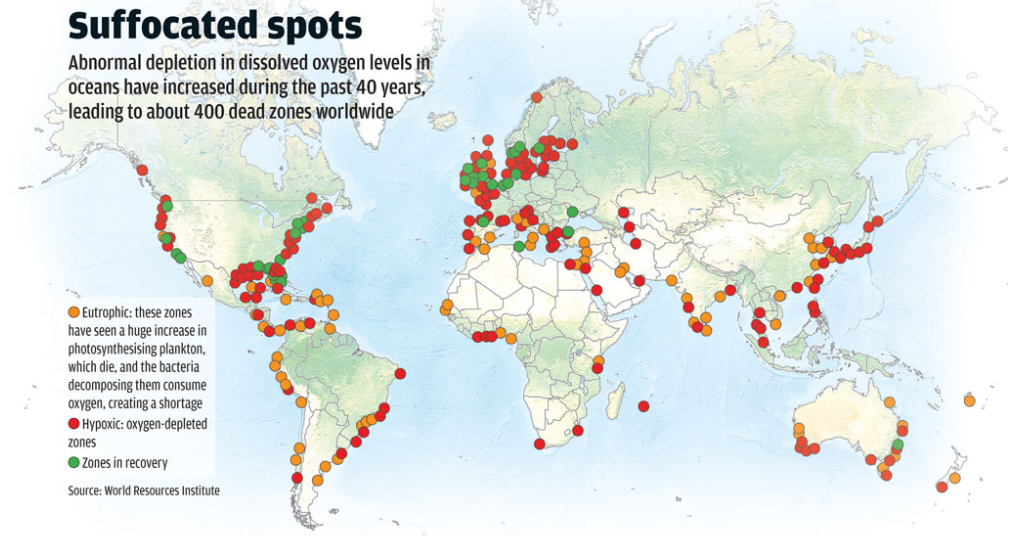 Fast radio bursts were first detected in 2007, and hundreds have been observed since.

They are high-energy phenomena, emitting electromagnetic energy in the form of bursts of radio pulses. These last for an interval ranging from a mere fraction of a millisecond to a few milliseconds. In each pulse, the source can emit as much energy as the sun does in a month.

FRBs are triggered by explosive events in the universe, such as a supernova or the collision of two compact objects like a neutron star and a black hole. Such bursts typically occur as a transient flash only once, never to be seen again. A majority of FRBs occur this way. 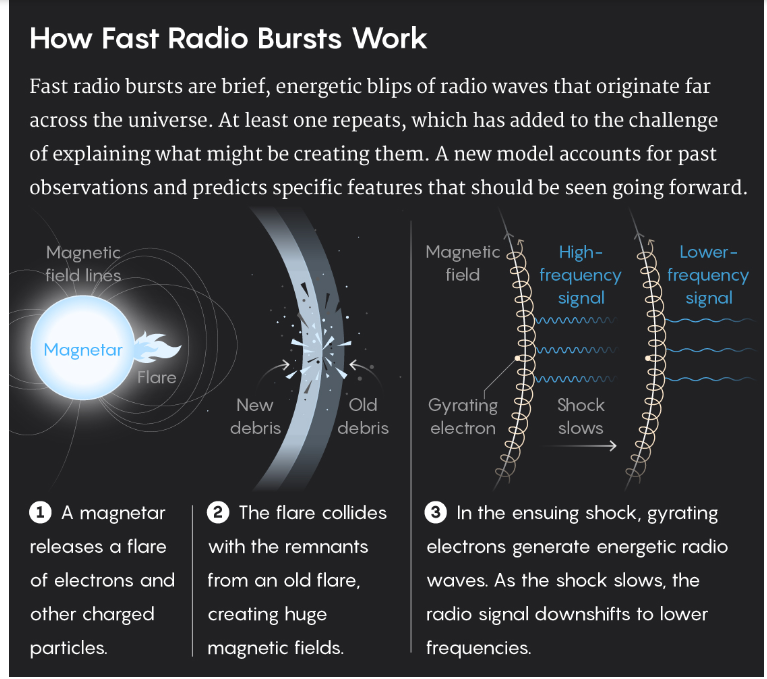 ​Once or twice a year, astronomers also observe repeated bursts, where the signals recur with a certain frequency over a period of time, spanning hours to days, sometimes even over a period of months. Such signals are believed to be produced typically by magnetars — rapidly spinning neutron stars, which are themselves left over, extremely dense remnants of dead stars that exploded in a supernova.

​The new signal is a repeating one that’s produced by a magnetar in a dwarf galaxy located three billion light years away from Earth.