The devastating human, economic, and social cost of COVID-19 has highlighted the urgent need for coordinated action to build stronger health systems and mobilize additional resources for pandemic prevention, preparedness, and response (PPR).

The World Bank’s Board of Executive Directors today approved the establishment of a financial intermediary fund (FIF) that will finance critical investments to strengthen pandemic PPR capacities at national, regional, and global levels, with a focus on low- and middle-income countries

You don’t need more than this.

The latest State of Food Security and Nutrition report: FAO

You can’t complete entire report. Neither there is a need. Few images and few points form report needed to know. Read.

The numbers paint a grim picture: 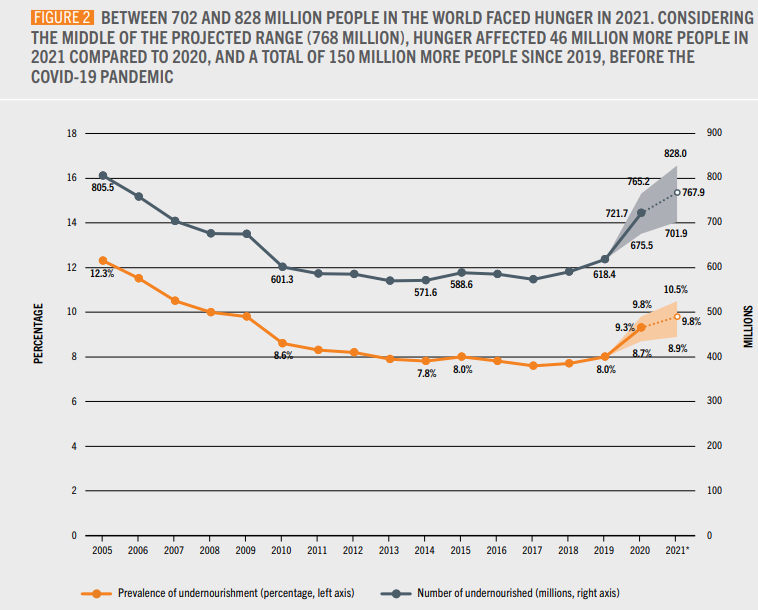 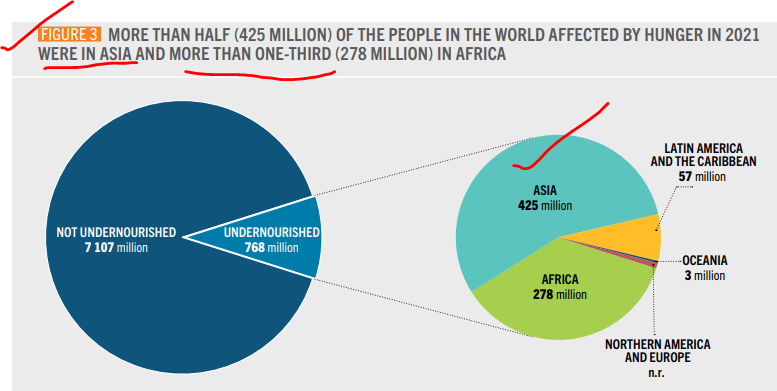 Basically here, you have read about advantages of Na-ion batteries.

Scientists have used nano-materials to develop Na-ion-based batteries and supercapacitors, which can be rapidly charged and have integrated them in e-cycles. The low-cost Na-ion-based technologies would be cheap and are expected to reduce the cost of the e-cycles significantly.

Sodium-ion (Na-ion) batteries have triggered academic and commercial interest as a possible complementary technology to lithium-ion batteries because of the high natural abundance of sodium and the consequent low costs of Na-ion batteries.

These sodium materials are cheaper than Li-based materials, high performing, and can be scaled up to industrial-level production.

The Na-ion cell can also be totally discharged to zero volt, similar to a capacitor, making it a safer option in comparison to many other storage technologies.

Na-ion batteries can be charged rapidly.

With further development, the price of these vehicles can be brought down to the range of Rs. 10-15 K, making them nearly 25% cheaper than Li-ion storage technologies-based e-cycles.

As disposal strategies of Na-ion-based batteries would be simpler, it can also help in addressing the climate mitigation issue.

Toy imports down by 70% and exports up 61% over last three years as Make in India yields positive results for the sector.

1) Directorate General of Foreign Trade (DGFT) mandated sample testing of each consignment and no permission for sale unless the quality testing is successful.

3) The Government issued Toys (Quality Control) Order, 2020 through which toys have been brought under compulsory Bureau of Indian Standards (BIS) certification with effect from 01/01/2021. As per the Quality Control Order (QCO), every toy shall conform to the requirements of relevant Indian Standard and bear the Standard Mark under a licence from BIS. This QCO is applicable to both domestic manufacturers as well as foreign manufacturers who intend to export their toys to India.

4) Toys have been put under restricted category for imports which means only few category of toys can be imported with specific permissions.

A closer look at what has held India back from making it big in this sector reveals one important flaw — labour laws. But when govt. tries to reform the labour laws and allow for hiring and firing then we start protesting. Because we are willing to slog for 12-14 hours to get a Govt. job or a secured job but we are not willing to work hard through our entire career. That's where we as a nation fail. Our thinking is ..kisi tarah se ek baar exam nikaal lein fir life long secure and relax (English translation: somehow at any cost get a secure job and then relax for lifelong). Our mind has been tuned like this since long. We should be willing to work hard through our entire life and then only we can become a developed country or collectively we will win.