World Population Prospects 2022 is the twenty-seventh edition of the official United Nations population estimates and projections. 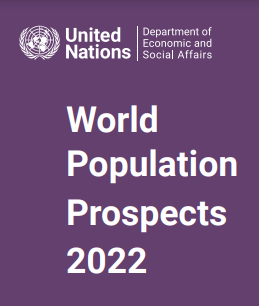 Two important graphs for you: 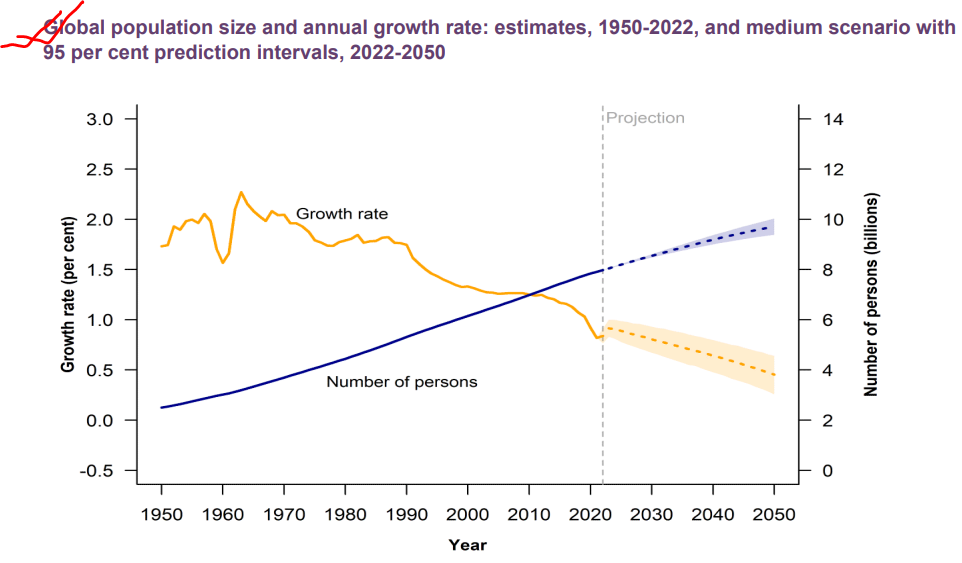 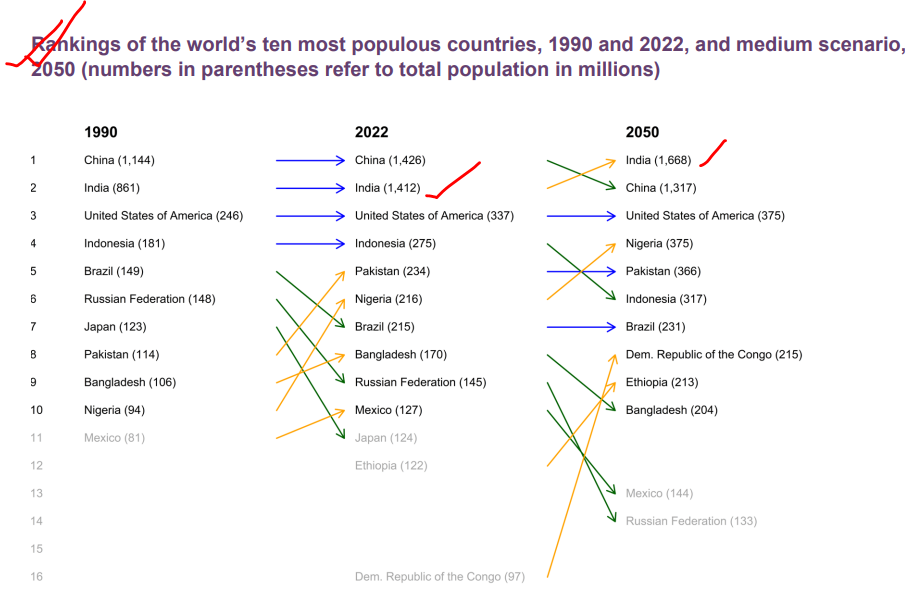 With respect to India:

In order to promote growth of global trade with emphasis on exports from India and to support the increasing interest of global trading community in INR, it has been decided to put in place an additional arrangement for invoicing, payment, and settlement of exports / imports in INR. Before putting in place this mechanism, AD banks shall require prior approval from the Foreign Exchange Department of Reserve Bank of India, Central Office at Mumbai.

The broad framework for cross border trade transactions in INR under Foreign Exchange Management Act, 1999 (FEMA) is as delineated below:

In terms of Regulation 7(1) of Foreign Exchange Management (Deposit) Regulations, 2016, AD banks in India have been permitted to open Rupee Vostro Accounts. Accordingly, for settlement of trade transactions with any country, AD bank (defined below) in India may open Special Rupee Vostro Accounts of correspondent bank/s of the partner trading country. In order to allow settlement of international trade transactions through this arrangement, it has been decided that:

Marburg spreads through human-to-human transmission via direct contact (through broken skin or mucous membranes) with the blood, secretions, organs or other bodily fluids of infected people, and with surfaces and materials (e.g., bedding, clothing) contaminated with these fluids.

The incubation period (interval from infection to onset of symptoms) varies from 2 to 21 days.

Illness caused by Marburg virus begins abruptly, with high fever, severe headache and severe malaise. Muscle aches and pains are a common feature. Severe watery diarrhoea, abdominal pain and cramping, nausea and vomiting can begin on the third day. Diarrhoea can persist for a week.

There are no specific vaccines or antiviral treatments to treat the disease. While the Ebola vaccine may potentially protect against a Marburg virus infection, clinical studies are yet to confirm this.

State-led the first Indian bank to open a virtual shop for publicity, Union Bank of India (UBI) on July 8 launched a Metaverse-based virtual lounge where it will showcase its products to customers virtually.

“Uni-verse, the Metaverse virtual lounge of the bank, hosts the bank’s product information and videos in the initial phase. Uni-verse will deliver a unique banking experience to the customers who can roam around the lounge, and get information about the bank’s deposits, loans, government welfare schemes, and digital initiatives as if they are experiencing the real world.

Note: Union Bank is not the first lender to open a shop in the Metaverse; US-based JPMorgan Chase & Co achieved that feat earlier this year in February.

So, what is Metaverse and why is it important?

Imagine a virtual world in which people live, work, shop and interact with others -- all from the comfort of their couch in the physical world. This is known as the metaverse.

"Metaverse" didn't become a household term until Facebook changed its corporate name to Meta in October 2021.

The metaverse will take many forms, including gaming, online communities and business meetings where people collaborate via a digital facsimile or avatar of themselves.

In the metaverse, people use avatars to represent themselves, communicate with each other and virtually build out the community. In the metaverse, digital currency is used to buy clothes -- or weapons and shielding in the case of video games -- and many other items. Users can also virtually travel through the metaverse for fun with no goal in mind using a virtual reality headset and controllers.

What is the difference between the internet and the metaverse?

The internet is a network of billions of computers, millions of servers and other electronic devices. Once online, internet users can communicate with each other, view and interact with websites, and buy and sell goods and services.

The metaverse doesn't compete with the internet -- it builds on it. In the metaverse, users traverse a virtual world that mimics aspects of the physical world using such technologies such as virtual reality (VR), augmented reality (AR), AI, social media and digital currency. The internet is something that people "browse." But, to a degree, people can "live" in the metaverse.