We will put few images to just have a basic idea about Bioeconomy. You can use these data in Mains too. 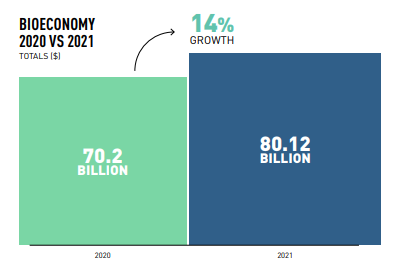 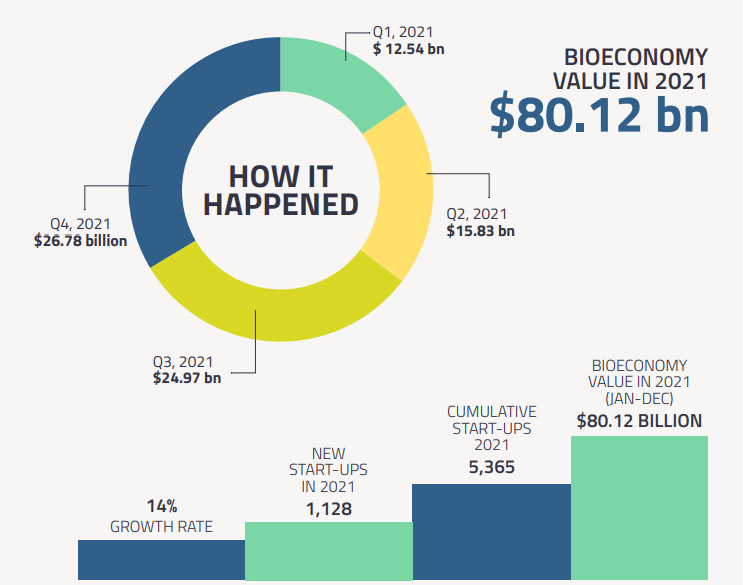 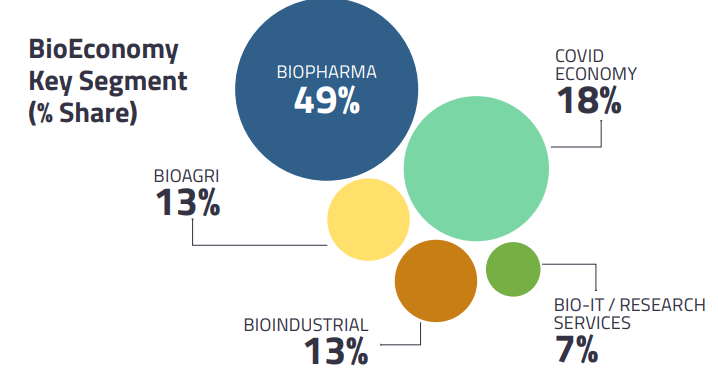 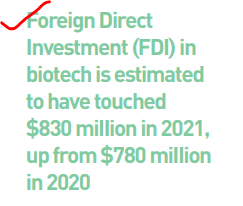 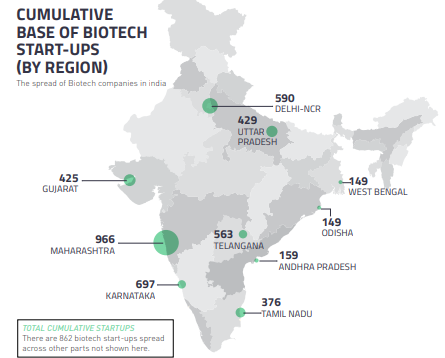 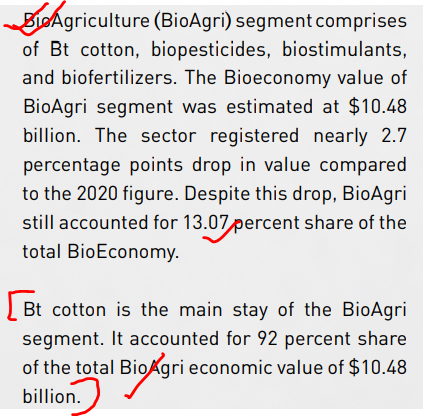 In 2021, the BioIndustrial segment was estimated at $10.3 billion compared to $5.1 billion in 2020. This segment registered a strong growth of 101.3 percent in 2021. BioIndustrial segment is categorized into two verticals—(i) Biofuels / Bioenergy and (ii) Industrial Enzymes. Within the segment, the Enzymes category showed a strong growth of 65.7 percent, while the Biofuels sub-segment registered a whopping 138.8 percent growth.

The BioPharma is the highest contributing segment to the Indian BioEconomy. It accounted for 49 percent share of the total BioEconomy pie. The BioPharma economy was estimated at $39.4 billion in 2021 as opposed to $38 billion in 2020. The segment recorded 3.7 percent growth. The key constituents of the BioPharma segment include Therapeutics, Vaccines, and Diagnostics. 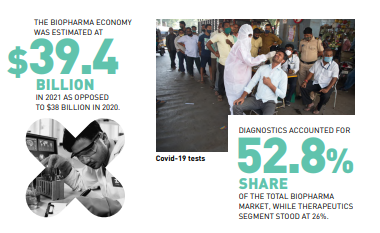 This is enough from the report. Ok, one more thing we will read is about BIRAC.

BIRAC is an industry-academia interface and implements its mandate through a wide range of impact initiatives, be it providing access to risk capital through targeted funding, technology transfer, IP management and handholding schemes that help bring innovation excellence to the biotech firms and make them globally competitive.

“To Stimulate, foster and enhance the strategic research and innovation capabilities of the Indian biotech industry, particularly start-ups and SME’s, for creation of affordable products addressing the needs of the largest section of society”

Chairman is Secretary at Department of Biotechnology.

A Desalination Plant has been developed by National Institute of Ocean Technology (NIOT), that will convert the saline or saltish seawater into drinking water. This technology has been successfully demonstrated in Lakshadweep islands.

Now, what this technology?

While ocean, with its temperature variation across its depth, presents one such scenario of two water bodies, a coast based thermal power plant discharging huge amounts of condenser reject water into the nearby ocean represents an alternate scenario. The simplicity of LTTD process also enables to control the quality of product water in order to provide either good quality drinking water or boiler grade water as the situation warrants.

The surface sea water (warm water) at a temperature of 280C - 300C is pumped into flash chamber maintained under a low pressure. The warm sea water in the flash chamber evaporates waith the maintained low pressure. The evaporated water vapour moves towards condenser with the cold sea water pumped from lower layers of sea and involves condensation. The condensate produced is fresh water of high quality and used for human consumption. 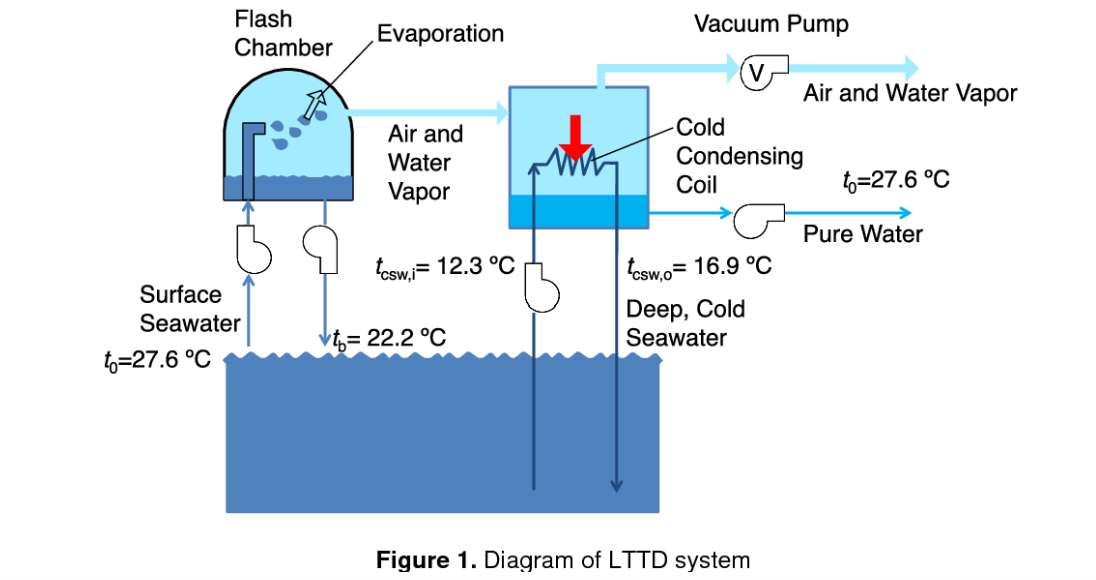 The Genetic Engineering Appraisal Committee (GEAC) is the statutory committee constituted under the “Rules for the Manufacture, Use/Import/Export and Storage of Hazardous Micro Organisms/Genetically Engineered Organisms or Cells (Rules, 1989)” framed under Environment (Protection) Act, 1986. 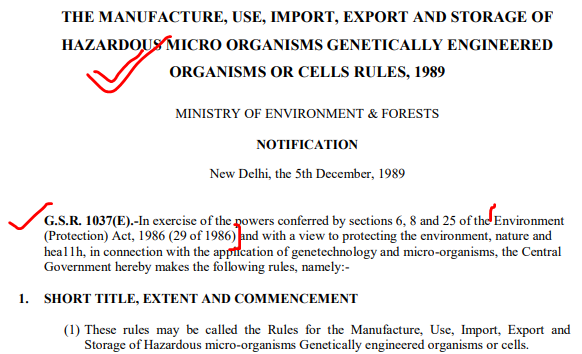 Applications are considered by GEAC as per the provisions of the Rules, 1989 and amendments thereafter. Every set of application has specific form and pre-requisite documents along with recommendations, wherever needed.

As per the ‘’Rules 1989’’, State/UT Biotechnology Coordination Committees and District Level Committees are responsible for monitoring instances of illegal cultivation of GM crops and taking appropriate action under Environment (Protection) Act, 1986.

The Chief Secretary of State/UT is the Chairperson for the State Biotechnology Coordination Committee (SBCC). Any complaints that come to the notice of GEAC secretariat are sent to the Chief Secretary.

For the consideration of any application related to confined field trials of Genetically Modified (GM) crops by GEAC, NOC from the State/UT Government is required.

Bt cotton is the only GM crop which has been approved for commercial cultivation in India.  The Indian Council of Agricultural Research (ICAR) conducted study during (2012 -2015) on impact of Bt cotton on 2700 cotton growing farmers belonging to 18 major cotton growing districts of Maharashtra and it was observed that the average seed cotton yield increased after the adoption of Bt Cotton. Also, ICAR has done the feeding studies of Bt cotton on various animals viz., broiler chickens, lambs, cows and goat which was found to be safe.

What is a public health emergency of international concern? 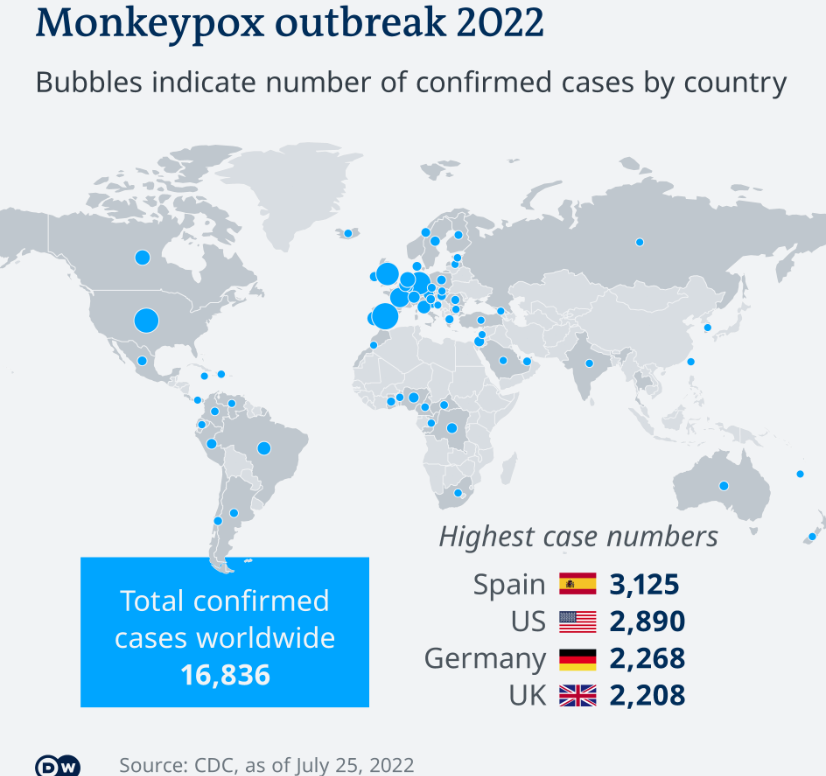 The designation of a Public Health Emergency of International Concern is the WHO's highest alert level. It is based on international health regulations established in 2005, to define countries' rights and obligations in handling cross-border public health occurrences.

The WHO defines a PHEIC as "an extraordinary event which is determined to constitute a public health risk to other States through the international spread of disease and to potentially require a coordinated international response."

This definition implies a situation that is:

So, what does this entail?

All countries should be prepared for containment, including active surveillance, early detection, isolation and case management, contact tracing and prevention, and to share full data with WHO.

Countries are reminded that they are legally required to share information with WHO under the IHR.

Countries should place particular emphasis on reducing human infection, prevention of secondary transmission and international spread, and contributing to the international response though multi-sectoral communication and collaboration and active participation in increasing knowledge on the virus and the disease, as well as advancing research.

The WHO Committee does not recommend any travel or trade restriction based on the current information available.

Countries must inform WHO about any travel measures taken. Countries are cautioned against actions that promote stigma or discrimination, in line with the principles of the IHR.

What are advantages and criticisms of PHEICs? 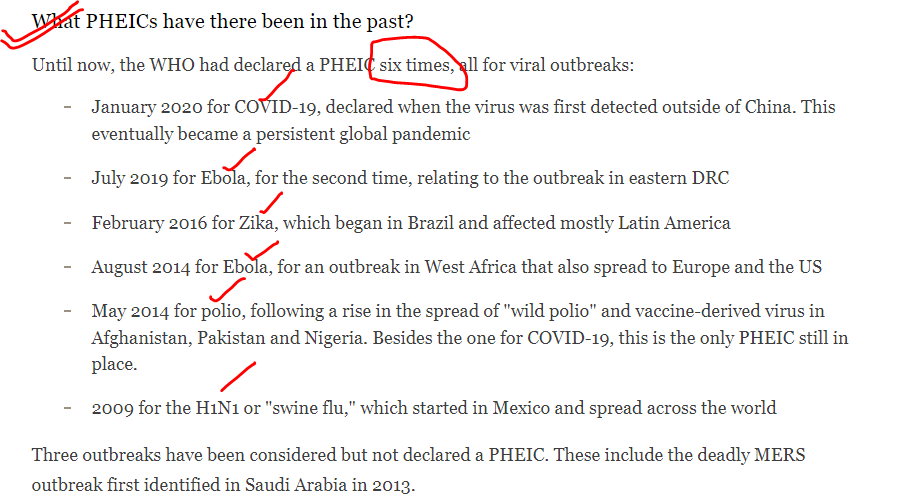 Revenue Neutral Rate (in the context of GST)

Before the implementation of GST, Centre and States were levying indirect taxes like Excise Duty, Service Tax, CST, VAT etc. at certain rates and there was certain level of tax collection. Now when Govt. planned to implement GST then it wanted to keep such GST rate so that the tax revenue should not get impacted (it should be neutral) as compared to the tax collection which was before GST.  So, after analysis from the tax data it was found that if the GST rate is 15.5% then the taxes will remain neutral (there will not be any impact) before GST and after GST.