This article will be based the recent report of Parliamentary Committee. Recently, the Action Taken Report on the same was presented in the Parliament. While the government has accepted 26 of the 33 recommendations made.

Before proceeding, read the history of this Act: 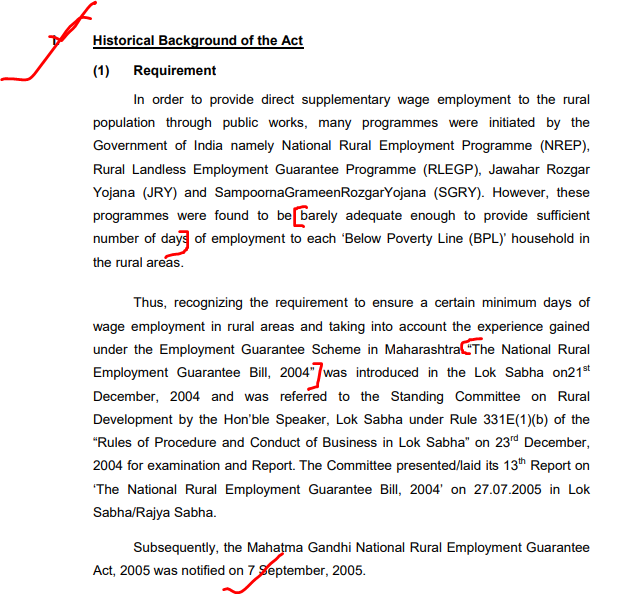 Mandate of the Act

The mandate of the Act is to provide at least 100 days of guaranteed wage employment in a financial year to every rural household whose adult members volunteer to do unskilled manual work.

Some important salient features of Act, 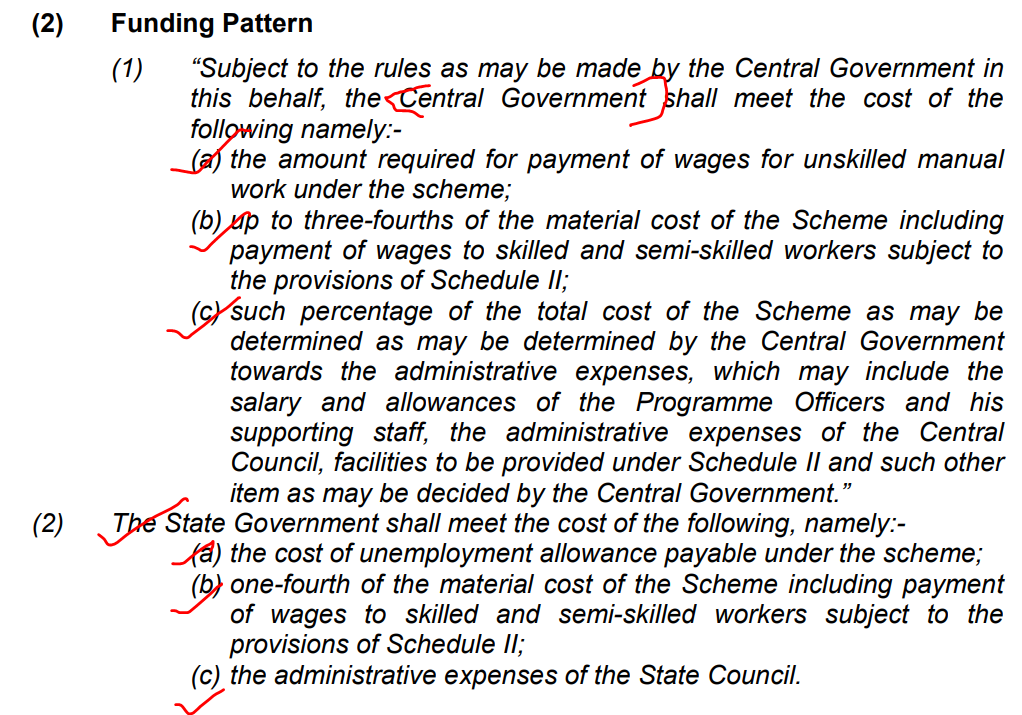 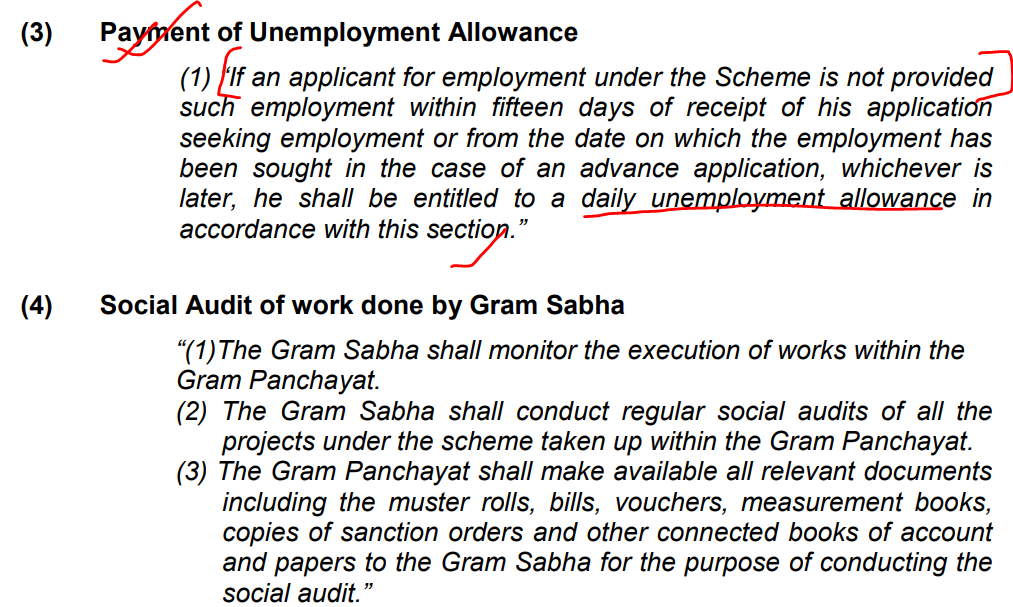 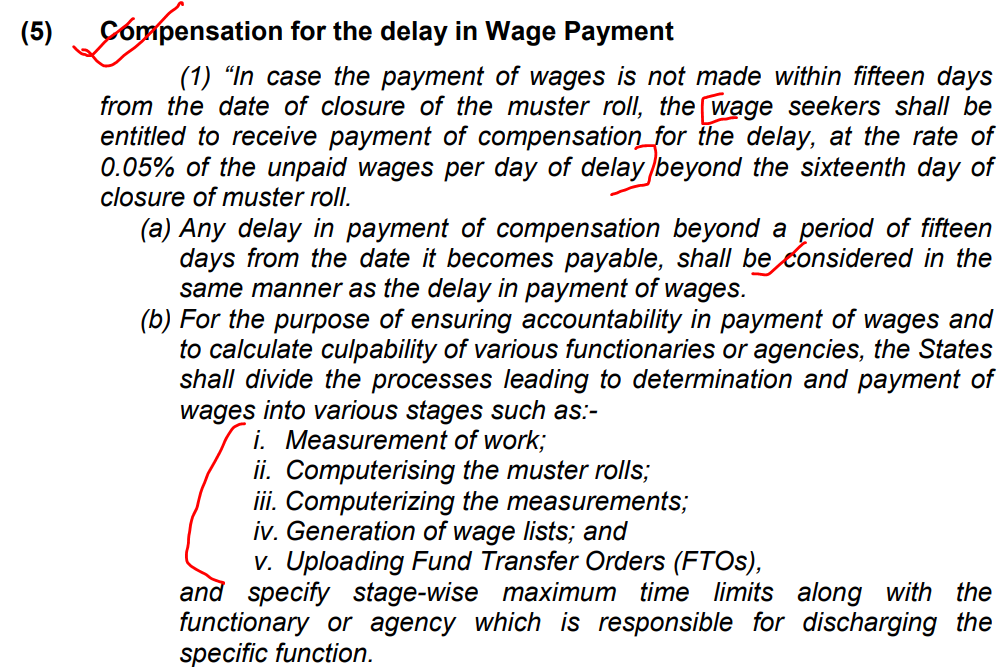 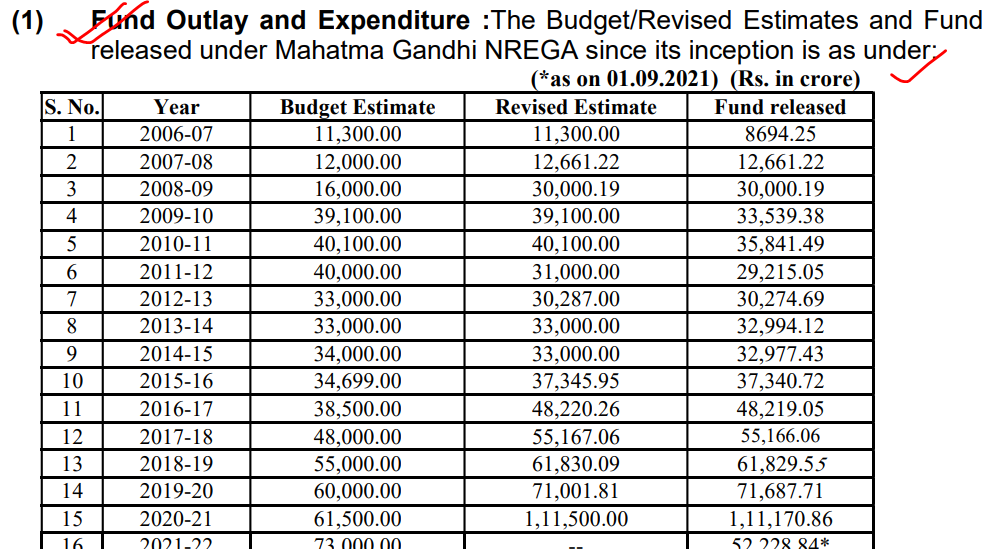 1. Standing committee called for amendment in Act to provide additional days of work

2.  Committee called out DoRD for citing only the obstacles for the implementation of any novel concept instead of examining it

3. Feasibility of linking existing women centric works with MGNREGA should be explored

4. Doorstep medical facilities for job cardholders has been recommended by the committee

It is believed that this program is unique in the area of experiential learning pedagogy and will be instrumental in advancing the cause of the National Education Policy, 2020 as part of their Continuous Professional Development (CPD).

The Experiential Learning for 21st Century Programme has been conceptualized as an online programme for educators i.e., teachers and principals to help them adapt classroom learning to real life experiences.

The program was offered free of cost to all the selected teachers and principals from November, 2021 till April, 2022. The selected teachers were trained as “Teacher Leaders” who shall be espousing the Experiential Learning Pedagogy to all EMRS teaching fraternity in a phased manner.

In the second phase, the 8-week professional development training programme is targeted to include 300 teachers from EMRSs across the states including Gujarat, Himachal Pradesh, Telangana and Uttarakhand besides previously included states.

EMRS started in the year 1997-98 to impart quality education to ST children in remote areas in order to enable them to avail of opportunities in high and professional educational courses and get employment in various sectors. The schools focus not only on academic education but on the all-round development of the students.

Grants were given for construction of schools and recurring expenses to the State Governments under Grants under Article 275 (1) of the Constitution.

In order to give further impetus to EMRS, it has been decided that by the year 2022, every block with more than 50% ST population and at least 20,000 tribal persons, will have an EMRS.

Eklavya schools will be on par with Navodaya Vidyalaya and will have special facilities for preserving local art and culture besides providing training in sports and skill development. Across the country, as per census 2011 figures, there are 564 such sub-districts out of which there is an EMRS in 102 sub-districts. Thus, 462 new schools have to be opened by the year 2022.

Wherever density of ST population is higher in identified Sub-Districts (90% or more), it is proposed to set up Eklavya Model Day Boarding School (EMDBS) on an experimental basis for providing additional scope for ST Students seeking to avail school education without residential facility.

Lumpy skin disease (LSD) — a viral cattle outbreak — has been wreaking havoc in several Indian states, including Gujarat, Rajasthan, and Punjab, killing a reported at least 8,000 animals in the past few weeks, though ground workers claim the numbers to be much higher.

Lumpy skin disease is caused by the lumpy skin disease virus (LSDV), a member of the Capripoxvirus (CaPV) within the Poxviridae family — the same family which causes monkeypox — the outbreak of which was declared a global health emergency by the World Health Organisation last month.

The International Telecommunication Union (ITU) organized a Regional Standardization Forum (RSF) on “Regulatory and Policy aspects of Telecommunications/ICTs” as a physical event on 8 August 2022.

The theme of the Forum is “Regulatory and Policy aspects of Telecommunications/ICTs”.

The Regional Standardization Forum is a platform for constructive exchange of ideas, discussing standardization topics including inter alia India’s experience in various sectors of technology like Sustainable Digital Transformation and the Role of ITU Standards, Harnessing Technologies for Digital and Financial Inclusion in Emerging Markets, evolving Data Value Chain and Digital Health.

The Forum was hosted by the Ministry of Communications of India.

Department of Telecommunications will also host an exhibition at the same venue to showcase various innovative Digital products/services of India.

The Forum will be succeeded by ITU-T Study Group 3 Regional Group Asia and Oceania (ITU-T SG3RG-AO) from 09th August 2022 to 12th August 2022. The meeting is open for Member States and Sector Members of ITU-T and over 130 participants will contribute in the meeting.