In a general business sense, logistics is the management of the flow of things between the point of origin and the point of consumption to meet the requirements of customers or corporations.

Since 2014, the government has put significant emphasis on improving both, Ease of Doing Business and Ease of Living. National Logistics Policy, a comprehensive effort to address issues of high cost and inefficiency by laying down an overarching interdisciplinary, cross-sectoral and multi-jurisdictional framework for the development of the entire logistics ecosystem, is yet another step in this direction.

The PM GatiShakti - National Master Plan for muti-modal connectivity - launched by the Prime Minister last year, was a pioneering step in this direction. PM GatiShakti will get further boost and complementarity with the launch of the National Logistics Policy.

The vision of the proposed policy is to drive economic growth and the business competitiveness of the country through an integrated, seamless, efficient, reliable, green, sustainable, and cost-effective logistics network leveraging best-in-class technology, processes, and skilled manpower.

How is helpful for Export or Import?

By simplifying documentation for exports and imports through  digitization, the Department of Revenue, and CBIC have taken several initiatives like:

Till now, there is no Annual Summits in India.

Climate change is causing the Arctic Ocean to release significant amounts of iodine into the atmosphere, substantially destroying ground-level ozone. Iodine is one of the most potent ozone destruction agents.

Tropospheric, or ground level ozone, is not emitted directly into the air, but is created by chemical reactions between oxides of nitrogen (NOx) and volatile organic compounds (VOC). This happens when pollutants emitted by cars, power plants, industrial boilers, refineries, chemical plants, and other sources chemically react in the presence of sunlight. 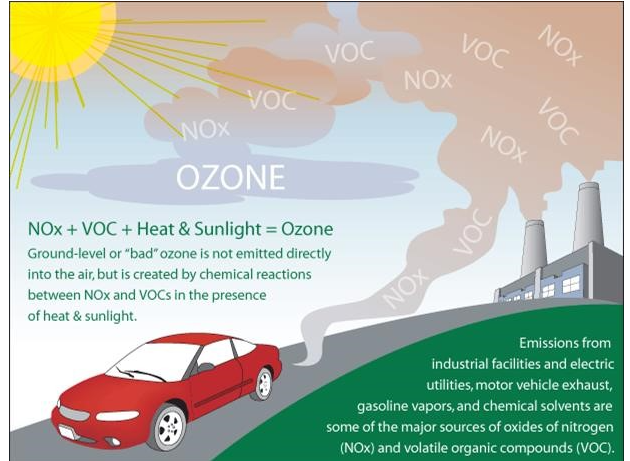 The Arctic Sea ice is melting in response to high temperatures, exposing the ocean. As a result, ozone from anthropogenic emissions gets deposited in the water, releasing iodine from seawater into the atmosphere.

The Asiatic caracal (Caracal caracal schmitzi) is an elusive medium-sized and locally threatened felid (cat) species, which has been widely reported to be on the brink of extinction in India.

The reasons are large-scale hunting, illegal trading and loss of natural habitats are considered significant threats to the species.

The caracal is currently included in Schedule I of the Wild Life (Protection) Act, 1972 and the Near Threatened category by the Conservation Assessment and Management Plan and International Union for Conservation of Nature Red list assessment in India

A team of researchers have now mapped out the most suitable areas for the species to survive in India.

The most suitable areas for caracals on the district level were found to be in the Kutch district of Gujarat.