The US-India Strategic Partnership Forum (USISPF) is a non-profit organization established in 2017, with the primary objective of strengthening the U.S.-India bilateral and strategic partnership. Theme for 2020: US-India Navigating New Challenges.

The US-India Strategic Partnership Forum (USISPF) is committed to creating the most powerful strategic partnership between the U.S. and India. 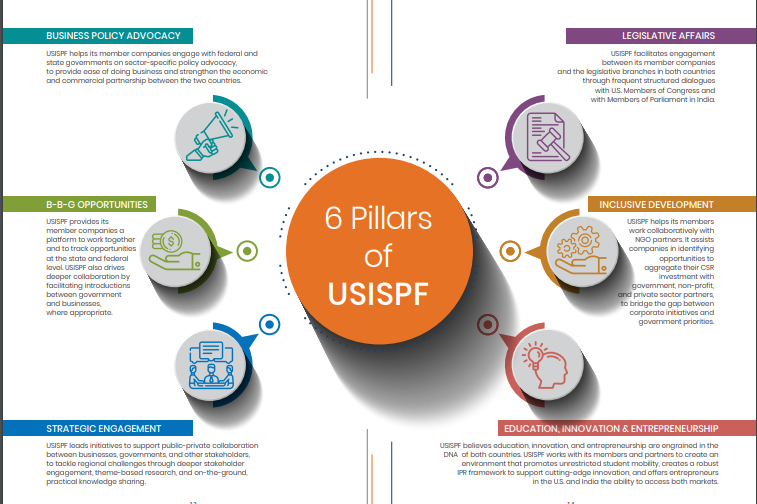 So, when you are talking about USISPF, a current affairs section will be incomplete, if it doesn’t talk about current trade of India-US. We have taken the reference of USUSPF Report: 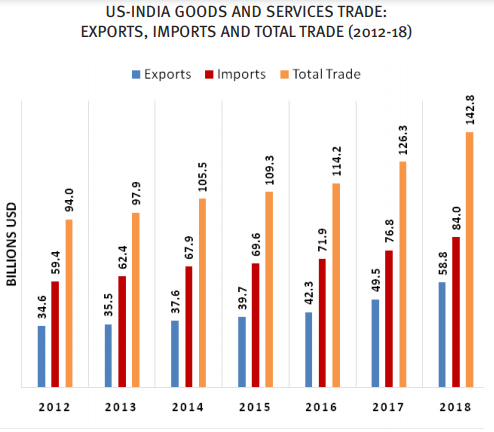 In 2019, overall USA-India bilateral trade in goods and services reached USD 149 billion. So, India has trade surplus with US for last few years. 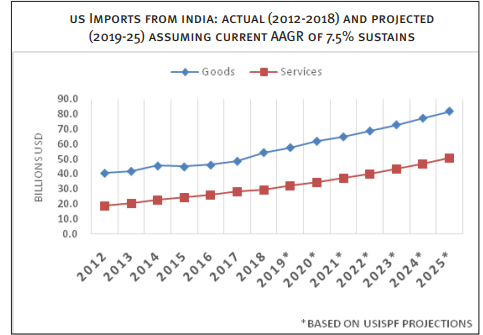 The study — published February 2020 — was conducted in Andhra Pradesh’s Anantapuramu, Prakasam, Vizianagaram and West Godavari districts during kharif season, ensuring variation in agro-climatic zones, farming techniques, production and social aspects. It found maximum benefits of ZBNF in paddy farming, with a saving of 1,400 to 3,500 cubic metres of water per acre per paddy cropping period (one acre equals 0.4 hectare).

Water consumption in paddy cultivation depended on the frequency and depth of irrigation. Paddy farms under ZBNF were irrigated with only 2.54-5.7 centimetres-deep water, while those under non-ZBNF were watered up to 12.7 cm.

Andhra Pradesh has played a leading role in promoting agroecological farming in the past two decades. The Community Managed Sustainable Agriculture (CMSA) initiative of the state is often cited as a major intervention which encouraged farmers to gradually move away from chemical-intensive farming. The Andhra Pradesh government’s unique initiative to improve farmers’ livelihood through zero budget natural farming (ZBNF) can be seen as the right solution to fight climate change.

The relocation of executive capital to Visakhapatnam as part of its agenda to create three capitals can be seen as a serious threat to the steel city’s heritage sites. 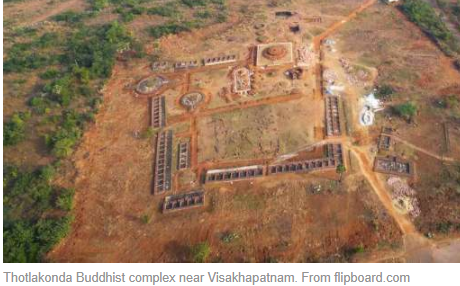 Thotlakonda emerged alongside the other Buddhist complexes, such as Bavikonda and Pavurallakonda. The Buddhist relics fell within the influence of the ancient region of Kalinga, which played a pivotal role in disseminating Buddhism within India and also to Sri Lanka and Southeast Asian regions.

The word Thotlakonda in Telugu is derived from the rock-cut water cisterns found in the local bedrock. Since the discovery of the site in 1976, it has been declared a protected monument by the state government. Notable excavations at the site include a maha stupa, a stone pillared congregation hall, three circular prayer halls, 10 viharas, a kitchen complex, and a refectory. Silver Roman coins and other evidence of international commerce have also been found at the site. 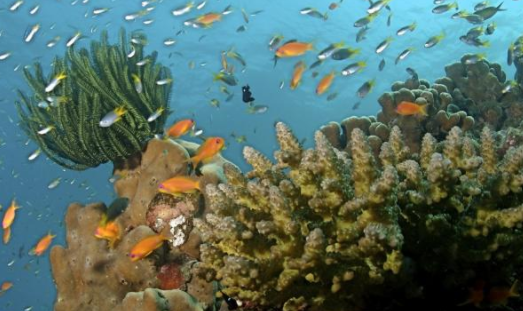 According to a recent study by researchers from University of Queensland (UQ), Australia, more life can be supported by dead coral remains than live corals. Dead’ coral reefs supported ‘cryptic’ animals, hidden sea creatures, including fishes, snails, tiny crabs and worms who hide under this rubble to save themselves from predation.

Recent threats to corals in news:

Three mass bleaching events in 1998, 2010 and 2016 impacted five major coral reef regions in Andaman, Nicobar, Lakshadweep, Gulf of Mannar and Gulf of Kutch, all under the Indian Ocean itself. Similarly, a recent oil spill in Mauritius that leaked more than 1,000 tonnes of fuel oil can be responsible for the devastation of coral reefs around the island as well.

This technology by UQ researchers, thus, provides a new opportunity for reef management, particularly for reef education and awareness. 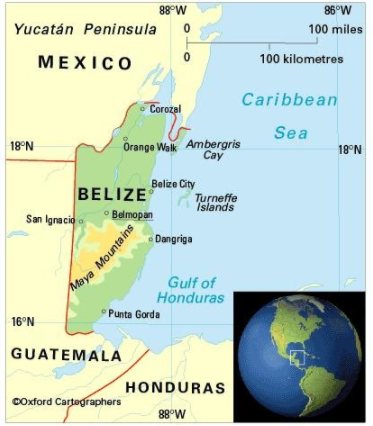 Atlantic Hurricane Nana has made a landfall on the coast of Belize. The country Belize is located on the northeast coast of Central America. Few days back, Hurricane Laura made landfall in southwestern Louisiana (South Central United States). 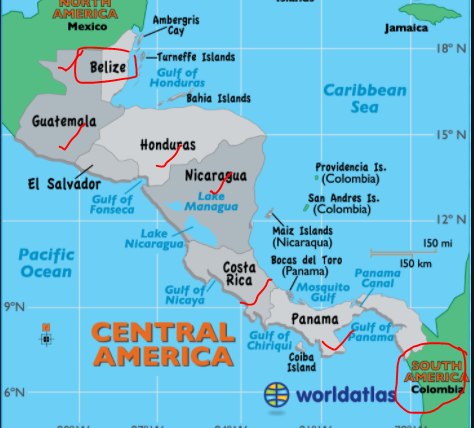 Just have a brief idea about MEIS

MEIS was introduced in the Foreign Trade Policy (FTP) for the period 2015-2020. The MEIS was launched as an incentive scheme for the export of goods. The rewards are given by way of duty credit scrips to exporters. The MEIS is notified by the DGFT (Directorate General of Foreign Trade) and implemented by the Ministry of Commerce and Industry.

Under the FTP 2015-20, MEIS intends to incentivize exports of goods manufactured in India or produced in India. The incentives are for goods widely exported from India, industries producing or manufacturing such goods with a view to making Indian exports competitive. The MEIS covers goods notified for the purpose of the scheme.