India’s National Crime Record Bureau says 2,389 persons died by lightning in 2018, and that this cause of death is the single most common reason for deaths by forces of nature (34.2%).

We will see her few basics about Lightning and latest report on it.

Lightning is extremely hot—a flash can heat the air around it to temperatures five times hotter than the sun’s surface. This heat causes surrounding air to rapidly expand and vibrate, which creates the pealing thunder we hear a short time after seeing a lightning flash. 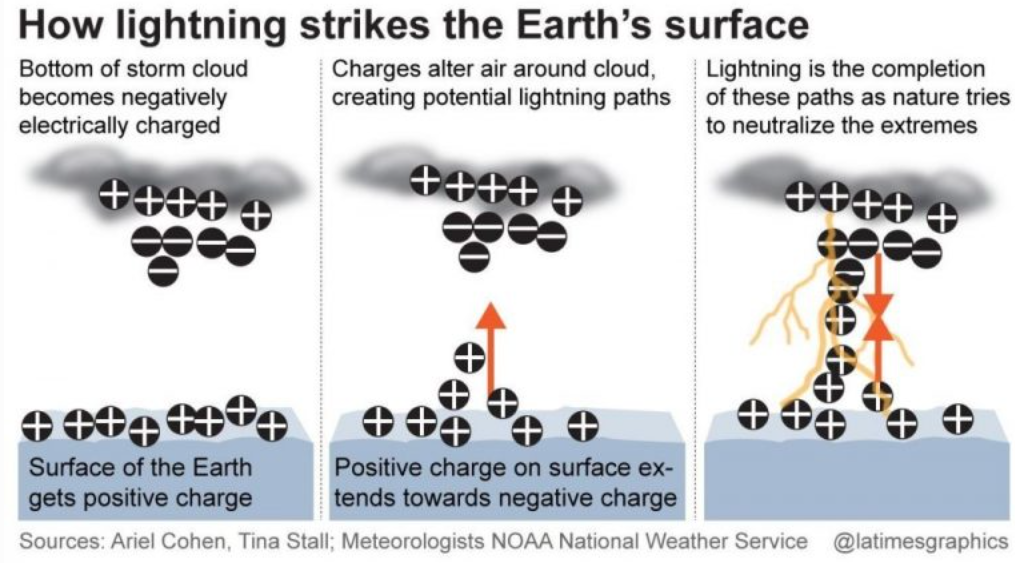 We will mainly study here, Mid-Monsoon 2019: Lightning Report. Just few points. Lightning strikes’ scientific mapping vis a vis impact analysis has been undertaken for the first time in India, so we will see this report in brief. 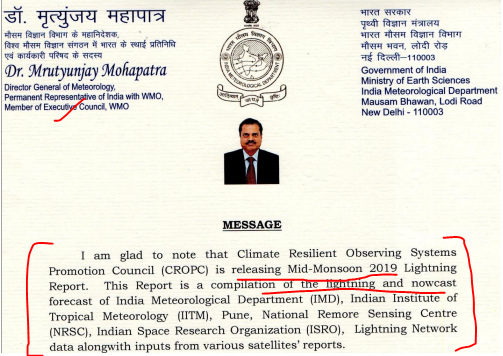 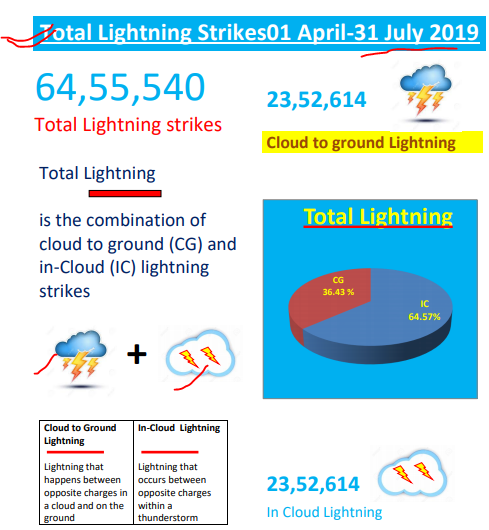 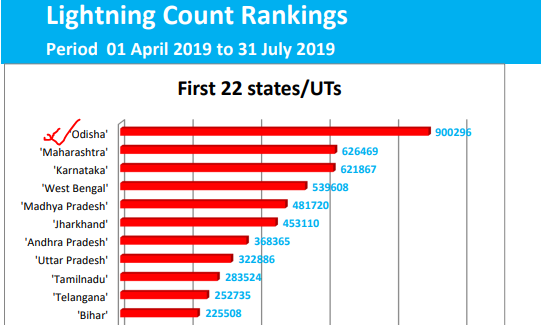 Odisha tops with 9 lakh lightning strikes which is15% of total strikes. But highest deaths in UP. 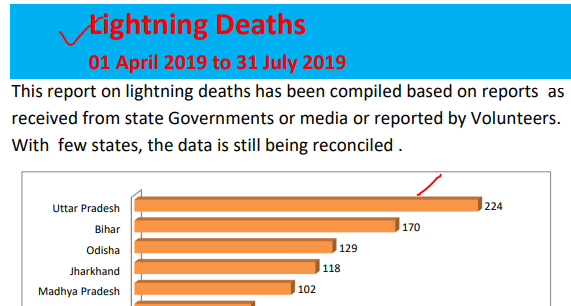 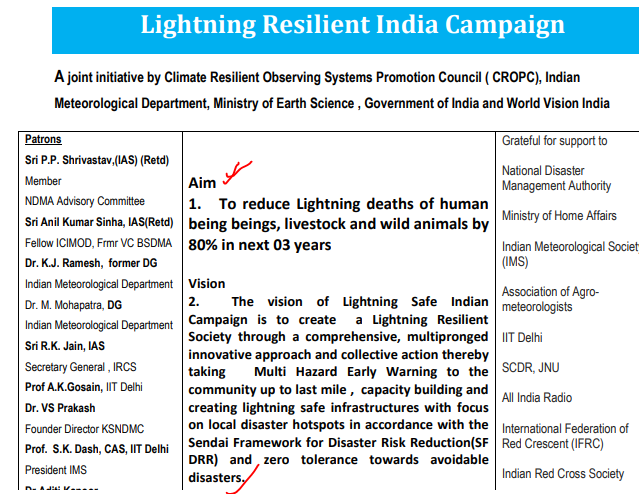 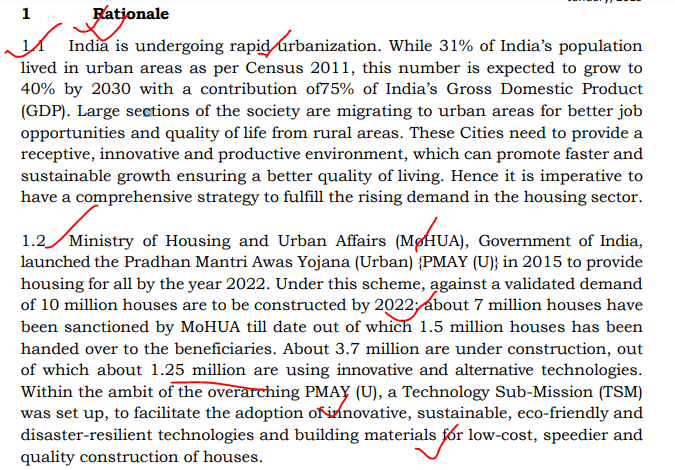 GHTC-India is being administered by the Ministry of House and Urban Affairs and Joint Secretary and Mission Director (Housing for All) as the nodal officer for conducting the challenge.

A 60% rise in India’s leopard population has been recorded in 2018, compared to 2014, but there is one area in the country, the northeastern landscape, where its population is facing “major threat” due to land-use changes triggered by agriculture, tea gardens and linear infrastructure projects. 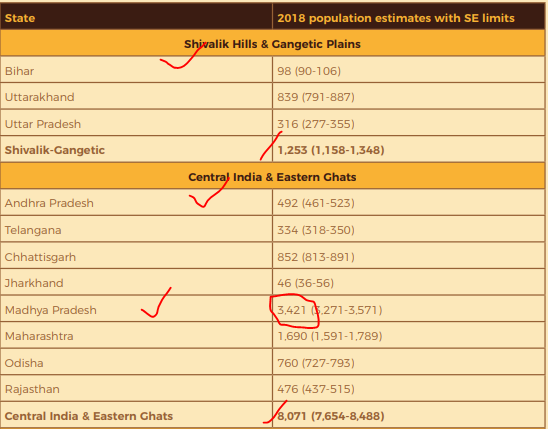 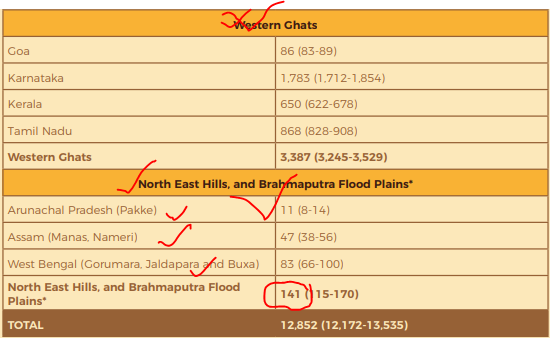 Among the states, Madhya Pradesh with 3,421 leopards has the highest number of leopards recorded – which is about 26% of the total number estimated in the country, according to the report. Compared to the 2014 estimation, when Madhya Pradesh had reported 1,817 leopards, the state has added 1,604 leopards, marking an increase of more than 88% in the latest report.

The state also holds the tag of ‘tiger state’ as it is home to 526 tigers. While Madhya Pradesh’s government is celebrating these numbers, habitat degradation of the state’s forest is significant – a point emphasized in the Status of Leopards in India, 2018 report as well.

However, their current distribution and numbers have significantly decreased across the range due to habitat loss, prey depletion, conflict and poaching over the last century. Recent meta-analyses of leopard status and distribution suggest 48–67% range loss for the species in Africa and 83–87% in Asia. This is in consonance with what a recent genetic study in India has where leopards have experienced a possibly human induced 75-90% population decline in the last ~120-200 years. All these have resulted in changing the

Not more than this is needed.

According to recent notification issued by Telecom Regulatory Authority of India (TRAI), the Interconnect Usage Charge regime has been done away with from 1st January 2021. In the past, the interconnect Usage Charge regime had created a lot of controversy in the Telecom Industry. Hence, doing away with this regime is set to benefit both the customers and Telecom operators.

What is the Interconnect Usage Charge (IUC)?

IUC is the cost that a mobile operator pays to another operator for carrying through/ terminating a call. If a customer of Mobile Operator A calls a customer of Mobile Operator B and the call is completed, then A pays an IUC charge to B for carrying/ facilitating the call. Essentially, it is the originating network compensating the receiving network for cost of carrying the call. In India IUC is set by the TRAI.

In September 2017, TRAI had ordered a reduction in IUC to 6 paise per minute from 14 paise earlier. Now, the TRAI has decided to do away with the regime completely.

Controversy in the recent past