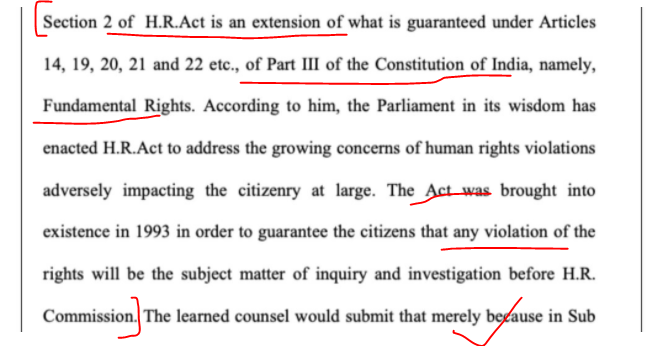 In this regard, the judgement outlines the following:

Once you also see,

The Act provides for two persons having knowledge of human rights to be appointed as members of the NHRC. The Bill amends this to allow three members to be appointed, of which at least one will be a woman.

In the last two decades the topic of the Arctic exploration began to appear on the international agenda more frequently, drawing attention of politicians, businessmen, and analysts all over the world. The most pressing issues for the Arctic region and the countries that are located in it are:

In the world, as of 2020, there are only 8 Arctic States that are members of the Arctic Council, while there are 1.5 times as many observer countries in it as there are participants themselves. India is not a member; it has an observer status. 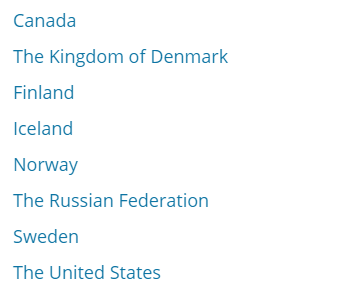 What is the reason for such a high interest in the region?

Moreover, deposits of strategic metals (gold, silver, copper, titanium, iron, graphite, lead, nickel, coal, uranium etc.) have been discovered in the Arctic zone. If earlier exploration of the Northern riches was significantly difficult because of the severe climatic conditions, nowadays due to the arctic ice cap melting (according to the National Snow and Ice Data Center, ice extent declines per 3,6% every decade starting from 1978, the facilitates of navigation in the Arctic Ocean becomes significantly wider and a possibility of developing Arctic deposits is opened up.

Why India role in this region becomes important? Two important reasons. We will summarize in the end.

The key argument in favor is huge Arctic resources. The main fuel for Indian thermal power plants is coal. It is available in abundance and meets 70% of the total power sector demand. The problem is that the fossil cannot be of predominantly used because of its low calorific value and high ash generation. 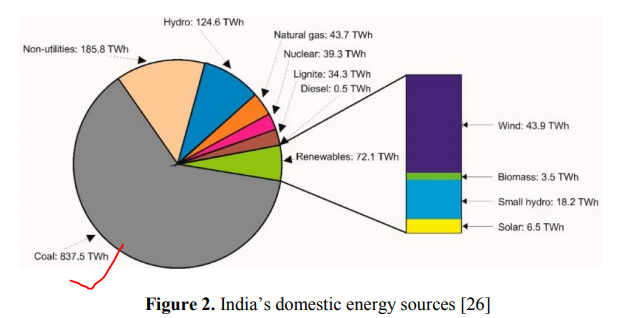 The second argument for India active participating in arctic issues is about geopolitics. To date Delhi has a leverage for constrain Chinese hegemony in the Asia-Pacific region. In any case of aggression from China India can block Malacca Strait and thus cut off energy supply routes to China. Malacca Strait with 80% of China imported oil going through it has great strategic importance for Beijing. 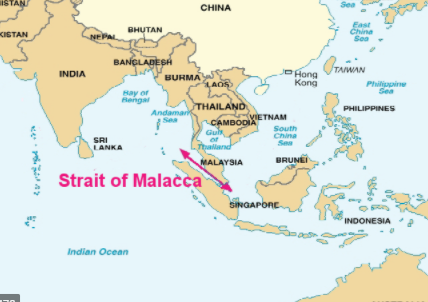 However, with the melting of the polar ice caps, Beijing gets access to the vast energy resources of the North, as well as the ability to use the Northern sea route for transporting them. China's dependence on the Malacca route is consequently decreasing. The factor accelerating Beijing expansion on the Northern Sea Route is a possibility to use it in Sino-European trade. The way from East Asia to Northern Europe by NSR is about 3,9 thousand miles shorter than through the Suez Canal. Under these circumstances, it becomes clear that it will be a fatal mistake for India to let China be the only Asian player in the circumpolar North. One more advantage of counterweighing China in the Arctic Region is an availability to navigate northern routes by India itself. Northern Sea Route enables shipping companies to reduce time and fuel and security costs for transiting goods.

Almost 20% of India’s total land area has toxic levels of arsenic in its groundwater, exposing more than 250 million people across the country to the poisonous element, says a new IIT Kharagpur study which used artificial intelligence (AI)-based prediction modelling.

The research, published in the journal Science of the Total Environment, indicates the need for much more rigorous sampling of arsenic levels across India than what exists. 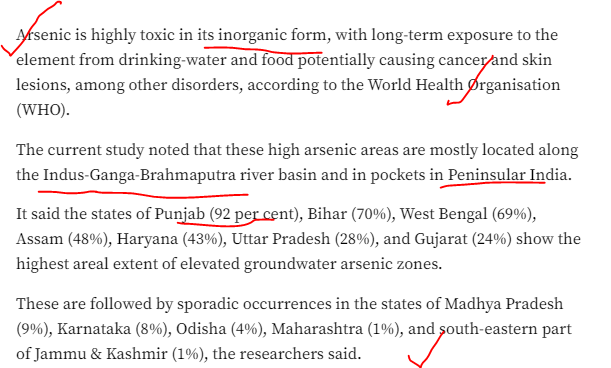 In the study, the scientists used advanced AI to model the occurrence of arsenic above its national permissible limit of 10 micrograms per litre (g/L) in the groundwater across India based on the various geologic, hydrogeologic and anthropogenic factors that have been known to control the groundwater arsenic distribution in the aquifers.

The study is the first integrated report on the field-sampled arsenic distribution patterns along with an arsenic prediction model using advanced AI across India.

The outcome of the study is particularly important for policymakers and administrators as this knowledge can provide a vital input in identifying safe drinking water sources in arsenic affected areas of India.

It was set up under the Central Goods and Services Tax (CGST) Act, 2017. The consumer welfare fund rules of 1992 have been subsumed under the CGST rules, 2017.

Financial assistance from CWF is given to various Institutions including Universities, Voluntary Consumer Organization (VCOs) and States to promote and protect the welfare and interests of the consumers, create consumer awareness and strengthen consumer movement in the country.  Grants from CWF have been given for the following major projects: