Recently, Shah Rukh Khan's son Aryan Khan along with seven others were charged with various sections under Narcotic Drugs and Psychotropic Substances Act,1985 (NDPS Act). The following article shall seek to explain the legislative intent behind the law, the offences therein, the punishment prescribed and the provisions for bail etc.

Offences and Exceptions under NDPS Act

The NDPS Act punishes the possession, purchase, sale, transport, consumption etc. of a narcotic drug or psychotropic substance. Any use of narcotic drugs and psychotropic substances for scientific or medicinal purposes are exempted from the rigour of the law. However, even in those cases, one needs to obtain the required permit or authorisation[iv]. 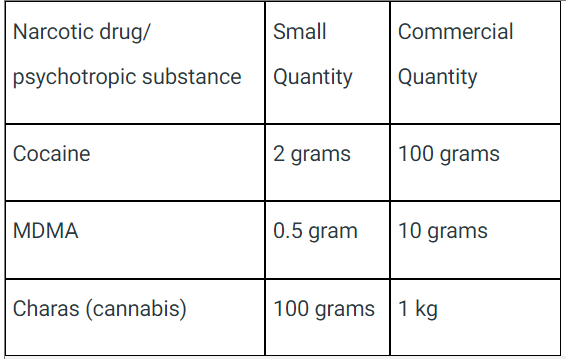 The punishment under NDPS Act becomes more stringent as the quantity of drugs found increases from small quantity to commercial quantity.

Crucially, while prosecuting an offence under NDPS Act, the accused is presumed to have the motive or culpable mental state required for commission of the offence and it is upon the accused to prove that he had no such mental state.

High Court is the court of appeal as per the NDPS Act. Every offence punishable under NDPS Act is cognizable i.e., the authorities can arrest without obtaining a warrant.

The issue of bail under NDPS is a contentious one. But due to various judgements, it has been pronounced as nonbailable in all cases.

An addict convicted for consumption or for offences involving small quantities will be immune from prosecution if he volunteers for de-addiction. This immunity may be withdrawn if the addict does not undergo complete treatment.

Next section is not very important, but you can read:

Salt workers in the Little Rann region of Gujarat

Agariya, a traditional salt-making community in the Western Indian state of Gujarat. 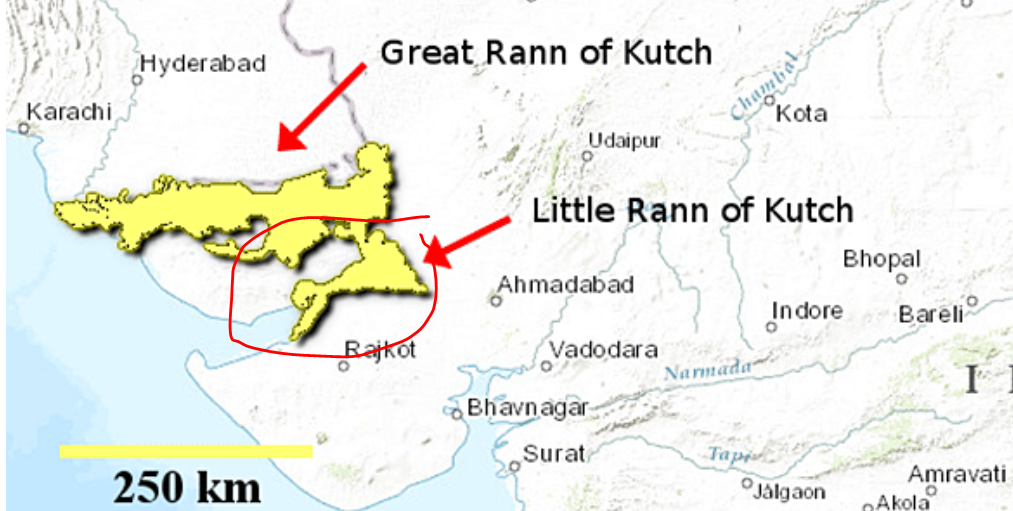 The Little Rann of Kutch (LRK) is an area where no human being stays. Agariya make salt in three percent of this land but the 2011 census indicates that a population of 1.75 million from nearby areas is dependent on it – the fishers, truck drivers, labour to load salt and packaging units.

The 60,000-odd Agariyas at the Little Rann produce 30 percent of India’s inland salt but they have no legal rights over the land on which they have been making salt for centuries.

But now an ambitious water infrastructure project threatens to permanently wipe out their traditional occupation and way of life. Called Rann Sarovar, the project aims to turn Little Rann into the biggest freshwater lake in Asia.

Indian Wild Ass Sanctuary also known as the Wild Ass Wildlife Sanctuary is located in the Little Rann of Kutch in the Gujarat state of India. 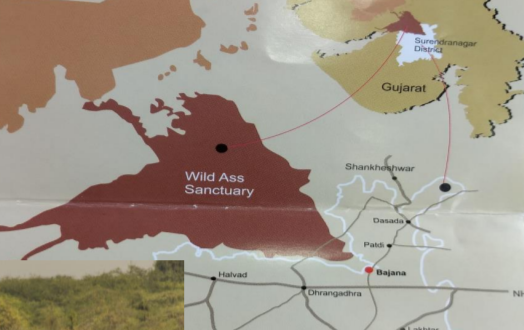 The Kunming Declaration was adopted by over 100 countries October 13, 2021 at the first part of the ongoing virtual 15th meeting of the Conference of the Parties to the United Nations Convention on Biological Diversity.

It calls upon the parties to “mainstream” biodiversity protection in decision-making and recognise the importance of conservation in protecting human health.

By adopting this, the nations have committed themselves to support the development, adoption and implementation of an effective post-2020 implementation plan, capacity building action plan for the Cartagena Protocol on biosafety.

The theme of the declaration is Ecological Civilization: Building a Shared Future for All Life on Earth.

Signatory nations will ensure that the post-pandemic recovery policies, programmes and plans contribute to the conservation and sustainable use of biodiversity, promoting sustainable and inclusive development.

The National Human Rights Commission (NHRC) of India was established on 12 October, 1993. The statute under which it is established is the Protection of Human Rights (PHR) Act (PHRA), 1993. It was amended from time to time.

Section 2(1) (d) of the PHR Act defines Human Rights as the rights relating to life, liberty, equality and dignity of the individual guaranteed by the Constitution or embodied in the International Covenants and enforceable by courts in India.

Now we will see composition and appointments of NHRC.

Recommendation of a committee for appointment:

For composition, we will introduce you to Protection of Human Rights (Amendment) Bill, 2019 which made several changes in composition:

Term of the day: Sweat Equity

Owners or employees work in companies like cash-strapped start-ups at salaries below the market rate in return for a stake (shares) in the company, which they hope to profit from when the business eventually becomes profitable or sold out. This is called sweat equity i.e., getting shares in the company in return for their effort rather than purchasing shares by paying money.

In many cases, people have to use sweat equity—their time and effort—to contribute to the success of a company. That's because there's very little capital to pay salaries. While a company may not yet have enough capital to pay its employees, it can provide compensation in other forms. For instance, start-ups may provide key employees with an equity stake in the company.