How smartphones are killing the planet?

Rising temperatures have led to a variety of adverse environmental effects such as the melting of the polar regions, wildfires, droughts and rising sea levels. Manufacturing, transportation and tech corporations have been identified as the primary contributors to the global warming crisis.

It was estimated that about 900 TWh (1 TW=10^21 watts) of energy was used in 2014 alone to manufacture smartphones, according to a Greenpeace report. This was roughly equal to India’s entire energy consumption that year.

India has maintained the third rank in the Renewable Energy Country Attractiveness Index released by consultancy firm EY. The US and China are in first and second place, respectively.

India ranked third in the 58th edition of EY’s ‘Renewable Energy Country Attractiveness Index’ (RECAI), which ranks the world’s top 40 markets (nations) on the attractiveness of their renewable energy investment and deployment opportunities.

With the Environmental, Social and Governance (ESG) measures reaching the top of the agenda for companies and investors, RECAI also highlights that Corporate Power Purchase Agreements (PPAs) are emerging as a key driver of clean energy growth. A new PPA Index - presented in this edition of RECAI - concentrates on the attractiveness of renewable power procurement and ranks the growth capability of a nation’s corporate PPA market.

The Tea Association of India (TAI) has raised the red flag on Nepal-origin teas reportedly sold in the domestic market as the premium Darjeeling teas, thereby “diluting the brand image of Darjeeling tea and adversely impacting prices”. 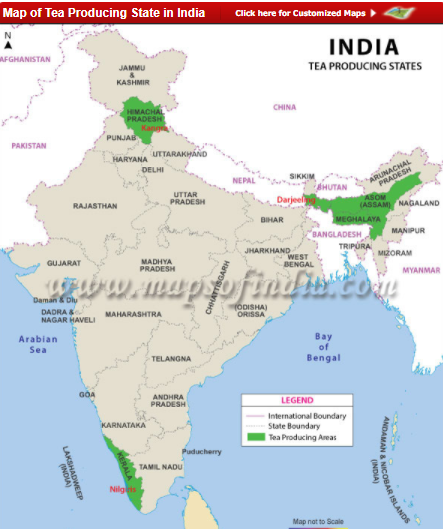