With increasing efforts underway from various quarters to enable a more participatory ecosystem for the private space industry, members within the community have come together to launch the country’s first dedicated space think tank, Spaceport SARABHAI (S2).

The organisation will be based out of Bengaluru, with a satellite presence in Delhi, Berlin (Germany), Sendai (Japan) and Boston (US). It’s named after Vikram Sarabhai, who founded and spearheaded India’s space programme.

The think tank aims to elevate the current Indian space industry — largely occupied by ISRO and accompanying private companies that add to its services — to an industry-friendly, financially supportive, regulated space, by providing policy guidance, stakeholder feedback, and research data to the government and the Department of Space.

You can obtain the Fibonacci series by taking two initial numbers, say 0 and 1, and then calculating the next term by adding the two previous terms. So, the series goes thus:

Very important topic. This topic comes daily in news. Every year it troubles student. But from this year it won’t if you read entire document we have given now.

2. For children in the age group of 6 months to 6 years, the Bill guarantees an age-appropriate meal, free of charge, through the local anganwadi. For children aged 6-14 years, one free mid-day meal shall be provided every day (except on school holidays) in all schools run by local bodies, government and government aided schools, up to Class VIII. For children below six months, “exclusive breastfeeding shall be promoted”.

3. Every pregnant and lactating mother is entitled to a free meal at the local anganwadi (during pregnancy and six months after childbirth) as well as maternity benefits of Rs 6,000, in instalments.

4. The Central Government is to determine the state-wise coverage of the PDS, in terms of proportion of the rural/urban population. Then numbers of eligible persons will be calculated from Census population figures.

6. The Act provides for the creation of State Food Commissions. Each Commission shall consist of a chairperson, five other members and a member-secretary (including at least two women and one member each from Scheduled Castes and Scheduled Tribes).

7. The Centre should provide all possible resource and funds to prevent scarcity.

10. . The Act has three schedules. Schedule 1 prescribes issue prices for the PDS. 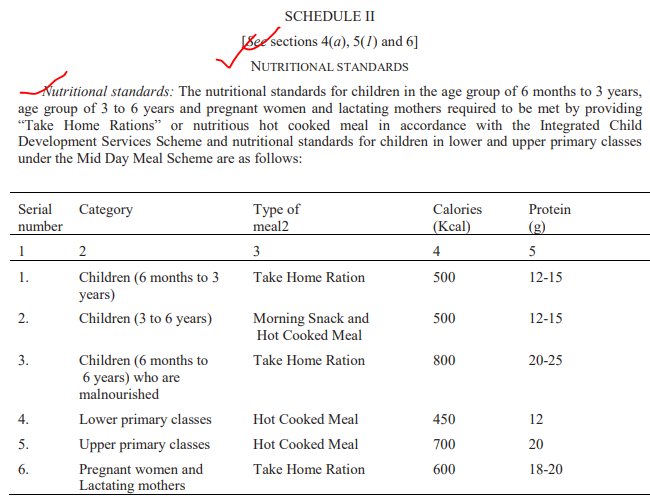 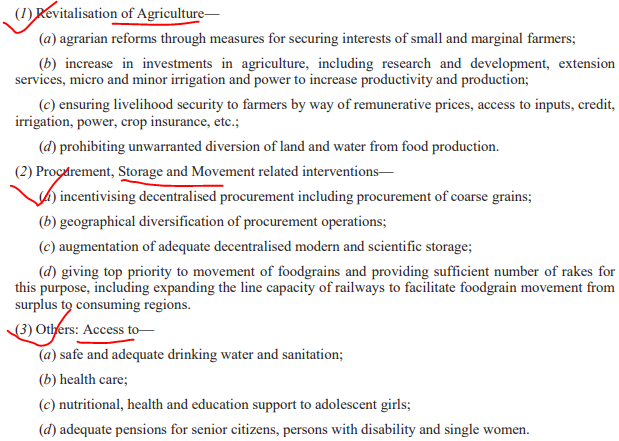